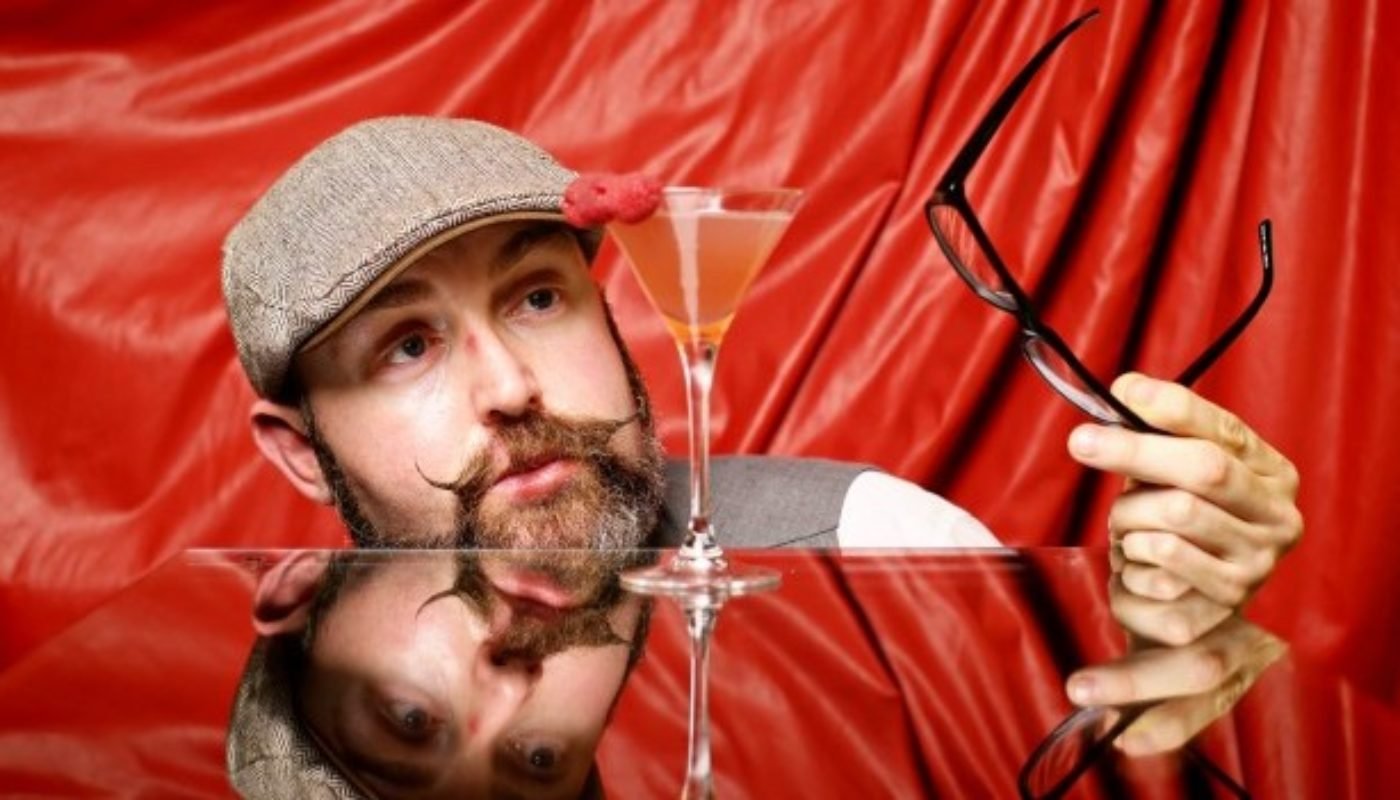 There is hardly a cocktail fan in Ireland that is not familiar with mixologist Darren Geraghty. For the last 15 years, Darren has been winning professional and prestigious competitions and has been responsible for some of the most successful bar openings Dublin has ever seen.

After flirting with a career in computers, Darren completed a degree in bar management in DIT and that’s where he was first introduced to cocktails. He spent some time in Australia before returning to Ireland and working for the Clarion Group and opening the Exchequer before coming on board with the Siam Thai team in April 2014. By July, the planning and consulting period was over and the Candlelight Bar was opened in Dundrum. Candlelight has become one of the most renowned and popular cocktails bars in Dublin and is now a feature in Malahide’s Siam Thai too. The speakeasy style venue is a luxurious, classic bar with eccentric and contemporary twists. “For us, we wanted somewhere that looked nice but had our own kind of personality, I love the fact that there’s a Mona Lisa on the wall. The whole idea is that you can do something that looks quite classic but has something else.”

This style is also present in the drinks menu which consists of modern and classic drinks with a bit of theatre and a little Thai spice. For Darren, everything served in Candlelight has to be an experience, “we try to offer people stuff that they mightn’t have got generically in a bar around the corner. We have a bit of fun with it but again the end result is always a good drink, it’s always good service. Candlelight is a destination it’s not just another watering hole.”

Being a cocktail specific destination is evidently the cause of the success of Candlelight and now it seems the rest of the country is taking notes as Ireland’s cocktail movement is undeniably having a moment. Darren explains that we are only seeing the start of it.

Ireland is in its infancy of its cocktail revolution, evolution, journey. It’s only a baby in terms of all other markets around the world, we’re literally a growing market for anything liquid driven. With cocktails there’s been a line drawn in the sand and if you want to do it you have to do it well. So in the next couple of years, you’re going to see a lot more cocktail specific bars.

This emerging competition doesn’t frighten Darren, instead it validates his position. He is proud to be among the group of bartenders that were the instigators of the movement in Ireland, the ‘granddaddies of the cocktail industry’. He names people like Gareth Lamb and Paul Lambert among those responsible for creating an industry for cocktails in Ireland.

Every year more and more cocktail focused bars are opening, they aren’t considered an add on to a menu anymore, they have the potential to make a business really successful and the industry is catching on to that. Darren reckons it is coming as a result of lessons learned during the recession. “People realised they only have a certain amount of money to go out and enjoy their evening, they’re going to do it to the best of their ability.” In much the same way as we see happening in the food industry, customers want the most value for their money so they want to have an experience instead of wandering aimlessly into any old bar. Wine, craft beer and cocktail specific venues are growing in popularity because customers are supporting high quality establishments.

Darren is certainly proving that with Candlelight as the Malahide operation is proving just as successful as the original. Darren says he has created a template that will be successful whether it is in the city or the suburbs. “People have said ‘why is this not in town?’ The way I look at it is, this is a blueprint for us to do something somewhere else. So we have one of these in Malahide, it’s the same blueprint, really good drinks, reasonably priced.”

This marks another milestone in Ireland’s developing cocktail industry, successful satellites. In cities all over the world, thriving cocktail bars are found centrally and in destination locations further afield. This is down to forward thinking owners, such as Julie and Eoin, who refuse to compromise on standards and have created quality establishments in the suburbs. Darren wants to get rid of the divide between the city and its surroundings because he believes that success comes from never compromising on quality and commitment, “if you can do it in town, you can do it here.”

Darren is full of ideas for Candlelight that will keep him busy for the foreseeable future. In the coming months you should be able to try his homemade Thai Vermouth which has been seasoned, casked and resting in Candlelight for the last couple of weeks. With a new menu launching in the new year, there are more exciting times ahead for this mixologist and his team.

We have so much more to do! I know where we could go with the place and it’s a great company to work with, they are really interesting guys. They kind of allow me to do what I’m good at and run with this kind of stuff and they support me in every way and they trust in my talent so it’s cool. It’s a great atmosphere to flourish and to grow and to develop. And together, myself and the Candlelight guys, we’re going the right direction I think the future is our oyster.

According to Darren, the key to success no matter where you are located is to be passionate and have consideration for everything you do from the customers’ opinions right down to the ingredients you are using. He maintains that he is learning all the time and listens to the ideas of his team in order to improve the Candlelight experience. The one thing that will definitely bring you down in this business is an ego.

I’ve never considered myself better than anyone and I think that’s one thing you need to do as a bartender. Don’t allow an ego to be your drive. Be passionate, be considerate be willing to learn, be fluid. Because if I was to turn around tomorrow and go I’m better than everyone you know you are going to get knocked. There’s always someone better than you. So thrive to be the best being you can be.

It is presumably for this very reason that Darren has never named a drink after himself. That being said, there exists in Candlelight a ‘Darren’s Manhattan’. “My favourite drink in the world is probably a Manhattan and over the years I have developed how I like the taste of my drink. I found that the formula we use here is how I like to drink it.” He does like to be surprised though and when he is in another bar, he will encourage bartenders to show him what they can do.

Darren has won two awards since joining Candlelight that have given him the opportunity to travel to South Africa and New Orleans. Despite his competitive success and the fact that there is a drink named after him, he remains modest and humble, “I don’t consider myself in any terms a specialist, I’m just fortunate that I’m good at what I do, or I’m perceived to be good at what I do. I get paid to do what I love so that keeps me happy.” Stirred with ice to obtain correct dilution, served in chilled coupe, orange oils zested over top and garnish with a good maraschino cherry.

Alison has been writing since she could hold a pen, which came in handy for her degree in English, Media and Cultural Studies. She has been working in media since graduating and is a features writer for TheTaste.