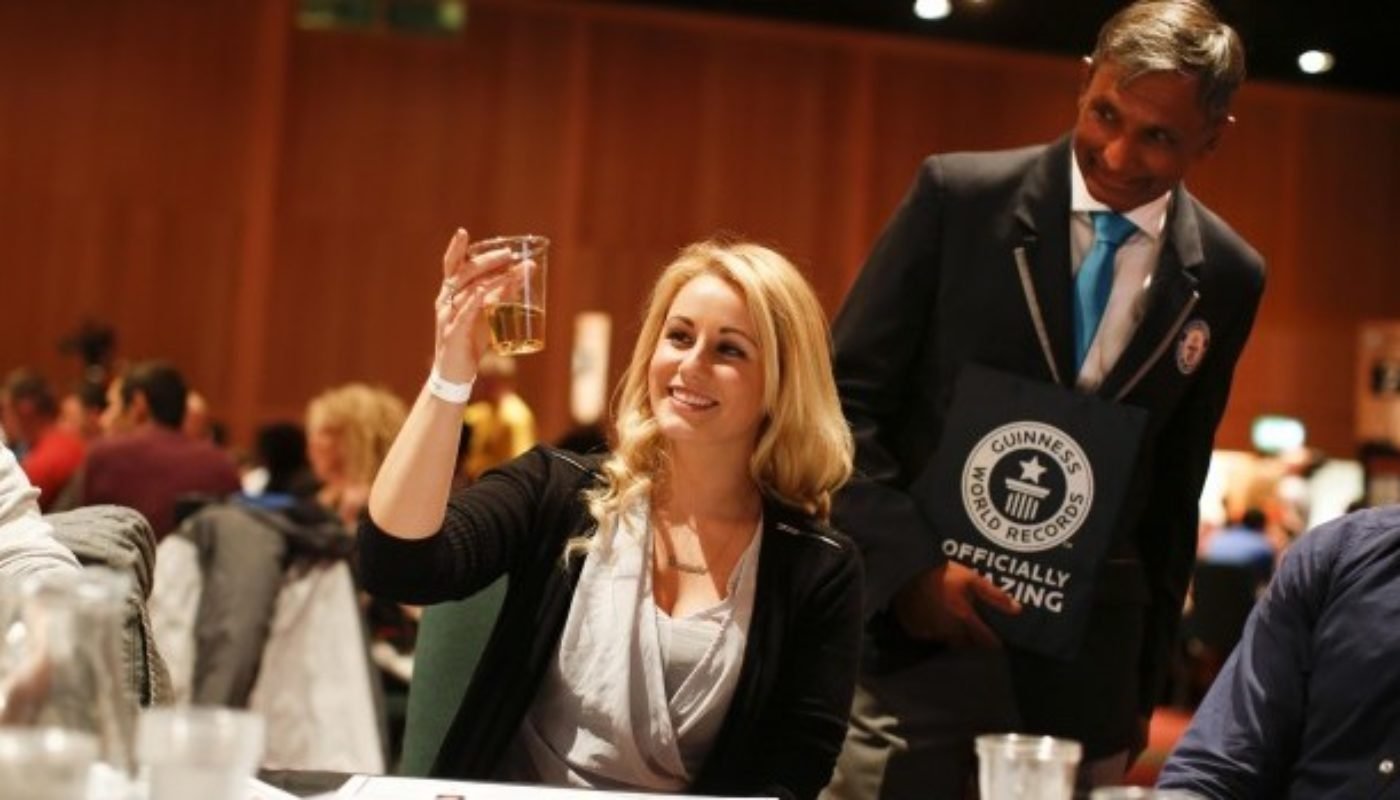 After three fantastic days of craft beer, spirits and cider, the Alltech Craft Brews and Food Fair closed its doors on Sunday evening at the Convention Centre in Dublin city. Alltech Craft Brews and Food Fair is now in its 4th year with the festival attracting more than 10,000 visitors this year and officially became a world record breaker. The Guinness World Record for the world’s largest beer tasting was smashed on Friday evening, February 5th, 2016, making it a weekend not to forget. Ireland now holds the record with 729 people simultaneously tasting three beers. The record was previously held by Mexico with 714 participants.

“Breaking a Guinness World Records title and sharing it with fellow craft beer lovers was the perfect way to kick off the Alltech Craft Brews and Food Fair this weekend,” said Dr. Pearse Lyons, founder and president of Alltech.

“Not only were there 729 fans of craft beer in the room with me but they were from all over the world: Italy, Russia, Wales, the U.S.A and even Mexico and Brazil! What a fantastic win for our festival and for Ireland.”

Gearoid Cahill, European director of brewing science for Alltech, and the official beer sommelier for the record-breaking attempt said “Craft beers, spirits and ciders have become a true talking point and are recognised and appreciated in Ireland and indeed the world over in the last number of years. Consumer excitement and passion for the craft beverage industry was displayed this weekend and truly has reached new heights here in Ireland.”

There were more than seventy exhibitors at the Convention Centre showcasing their finest brews and food offerings to an eager crowd of more than 10,000 over the weekend. A range of talented Irish bands provided Live entertainment including The Camembert Quartet and Booka Brass Band. The Six Nations Rugby was on three giant screens for fans with a Craft Beer Grand Slam being hosted by self confessed craft beer lover Rick O’Shea.

The festival organisers look forward to announcing the plans for the 2017 Alltech Craft Brews and Food Fair. Fans are urged to keep in touch with the team on Twitter and on Facebook.