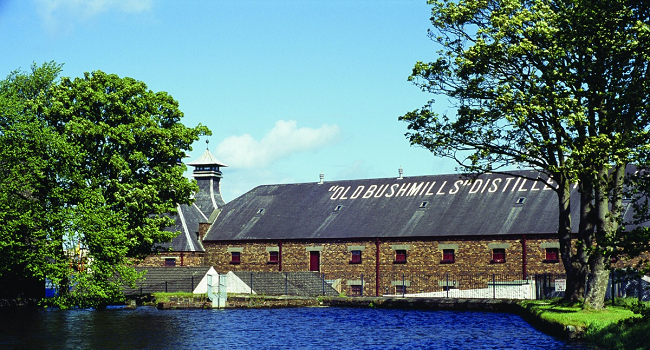 A strategy that sets out how Ireland can become the world leader in whiskey tourism by 2030 was launched by the Irish Whiskey Association together with Michael Creed T.D. Minister for Agriculture, Food and the Marine last Wednesday 7th of December.

It forecasts that the future of Irish whiskey tourism depends on a collaboration between local communities and state agencies. Some of the ideas in the strategy include the creation of an all-Ireland whiskey trail similar to the extremely popular Bourbon Trail in Kentucky, US, as well as the strengthen of the hospitality network around the concept of the trail, in the shape of the development of an “embassy network” like the one that has created 1,370 jobs in Scotland, which will extend the benefits to the local businesses and would make easier for tourists to get information and have access to Irish whiskey related tours and activities.

Speaking at the launch, Bernard Walsh, Chairman of the Irish Whiskey Association, and CEO of Walsh Whiskey Distillery said “Irish whiskey is a real success story, we are reaching new markets and new consumers. We have an authentic story to tell and a great opportunity to capitalise on growing sales and to drive more tourists to this country by developing the right environment for whiskey-trail tourists. To do this we want to work with state agencies to put the right supports in place and with Government to create the right policy environment to enable the sector to grow and thrive”.

According to the strategy, achieving this vision will require focus in four key action areas:

1. Support the growth of Irish whiskey distilleries and visitor centres.

3. Create an Irish whiskey trail and tourism infrastructure around distilleries.

4. Develop an embassy network of hotels, restaurants and pubs.

“It is critical that the strategy called for in this report integrates with and supports existing highly successful tourist initiatives such as Ireland’s Ancient East and the Wild Atlantic Way inviting tourists on these trails to experience Irish whiskey and its heritage.  In doing so, this report recommends an ambitious yet achievable vision for Ireland to be the world leader in whiskey tourism by 2030”, reads on the strategy’s introduction.

You can read the full strategy here