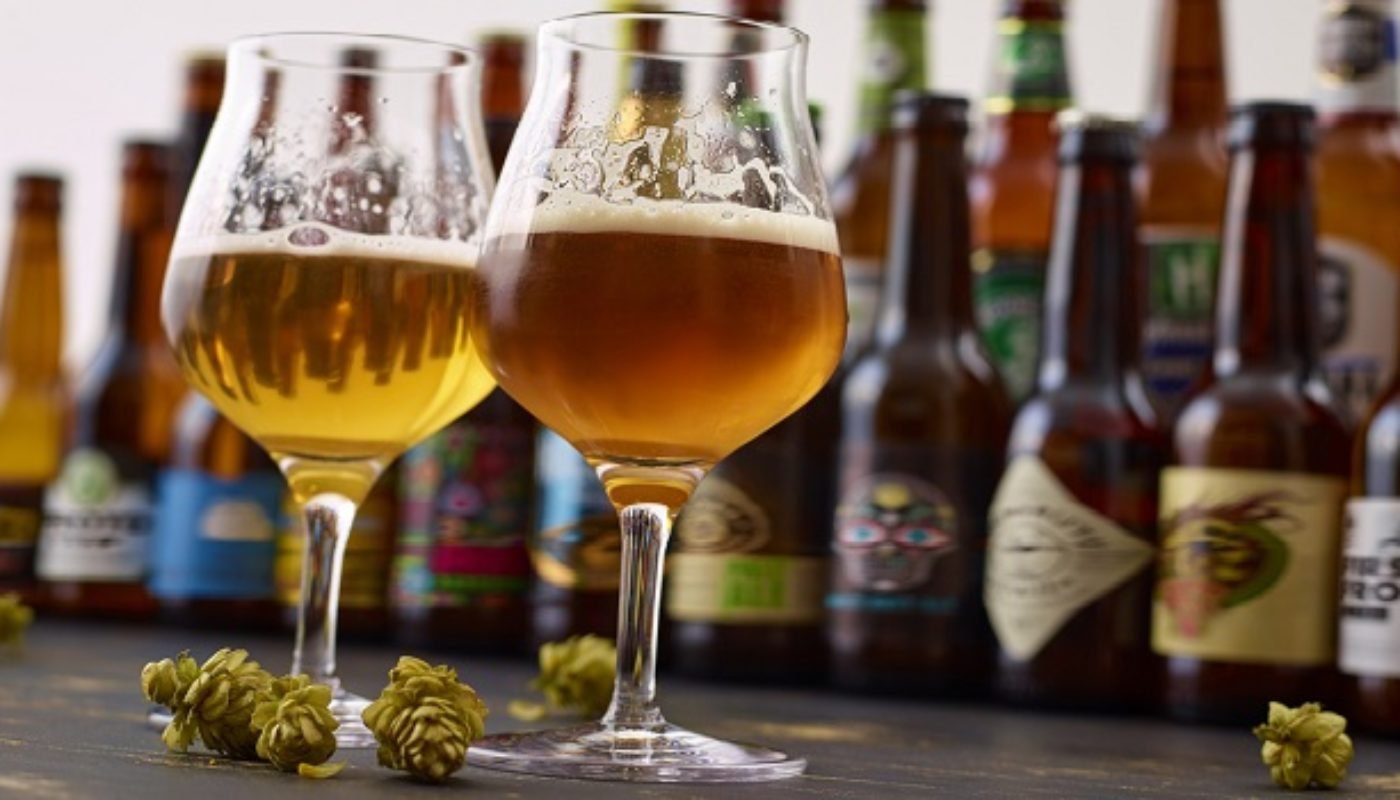 IPA Overkill – Has the Style’s Hop Obsession Gone Too Far?

IPAs cover most of the shelf space in craft beer sections and are more available than any other style of craft beer or world beer on bar menus. When looking for something new to try from my local off-licence, there are often more new IPAs or IPA-like styles and less variety of other options.

What you are about to read may be an unexpected confession of an unpopular opinion from a beer writer; I like some IPAs and some hoppy beers – here’s the but – but, many that I taste are either too hoppy or too extreme for me.

Yet the waves of new IPAs are relentless and the styles seem infinite… There are black IPAs, brown IPAs, red IPAs, rye IPA, white, imperial (or double), session, new England IPA (aka NEIPA), and many more twists including, of course, your bog standard IPA.

Some of these names are even self-contradictory or seem to simply throw the initials IPA at the end of the style’s name because of marketing reasons. For example, you have Black IPAs, which raises the question, how can something be black and pale at the same time? That’s an oxymoron and a far cry from the original India Pale Ale recipe that was conceived in England 200 years ago. Why not call it “extra hoppy black ale”? Session IPA is another contradiction, in the sense that IPAs are not sessionable by design, they were created to be slightly stronger to cellar well and also to last through long sea journeys from England to India.

What about Belgian IPA – broken down: Belgian India pale ale – is called so just because they use Belgian yeast, but it’s not from Belgium, nor does it taste like Belgian beer.

Basically the word IPA at the end of any name seems to sell but all of this hop obsessing and IPA frankensteining could even kill the goose that’s laying the golden eggs for craft beer’s growth.

After all, the defining trait of what makes craft beer ‘craft’, is that it is made with quality ingredients in smaller batches than mainstream beers. It’s not about how many or how much hops you use. Another hilariously contradictory trend that has arisen in IPA is drinking it fresh.

The reasoning behind drinking it fresh is so that the “dank” and/or “juicy” flavours of the hops are best enjoyed before a certain date, however, while hops do give beer a different aroma and bittering, their primary function is to act as a preservative, therefore, there really is no rush when the beer is very hoppy.

While I personally wouldn’t be as extreme as to say I hate IPAs, there are so many other styles of gentler, less hoppy beers worth exploring, such as German and Belgian beers that have stood the test of time. One I’d happily recommend is Schneider Hopenweisse, a superb beer that has the body of a classic German beer and the hoppy nuances that will satisfy an IPA-lover’s bitter cravings. It is far more modest that a New England IPA yet it has the same haziness. This was commonplace in German beers long before the trend of NEIPA. This beer is available in Blackrock Cellar for €4.50 and is worth every penny.

But not all IPAs are fashion victims of their own success. Take a moment to try and think of the first IPA you ever had. Mine was Fuller’s IPA back in 2009, when I had no idea how much the style would snowball. This particular beer is earthy, herbal and dry. There is a good amount of hops but a mild breed called Goldings and they’re well balanced with the malt, offering a beer of medium body with some fruity undertones and a refreshing finish. Available for purchase in Molloy’s liquor stores for €3.55 and sometimes on special offer in quantities of 4 or 5.

Boyne Brewhouse brought a fantastic homage to the Old English style IPA at the 2017 Irish Craft Beer Festival which was extremely refreshing in the midst of most other breweries launching a New England IPA, a style mentioned above. The New England region in America seems to have a beer culture that promotes ideals of “the wackier the better”.

An Irish IPA that always hits the spot is Kinnegar Scraggy Bay IPA, it is 5.3% ABV, which is middle of the road for an IPA, this can be picked up for €3.50 in most O’Briens Wine. The colour of this beer is golden, the lacing bright white. It has a citrus and peach nose complemented by a bitter sweet taste like sour orange mingled with dark honey. The finish is crisp and dry, a classic, through and through.

Some other go to IPAs that have always been reliable are Odells from Colorado and Brooklyn’s East India Pale Ale, both balanced with warm, orange citrus and evergreen flavours, both malty and boasting decent ABVs (Odells 7% and Brooklyn close behind with 6.9%). These were the first two American hoppy beers that I tried and liked, both available in Molloys, €3.99 for the Odells and €3.45 for the Brooklyn.

To conclude, IPAs have their place, whether that is paired with thick creamy food that requires acidity from a beer, or on a hot summers day when you feel like a zesty brew. But let’s not get carried away, beer is about more than hops and there are plenty of quality, balanced beers that deserve a chance. Thank God it’s stout season anyway! Sláinte. Jamie is a Dublin native with a love for craft beer and Irish whiskey. He is a guide for Dublin Whiskey Tours and his life goal is to start a microbrewery.
In the meantime he writes a blog jamiesbeertalk.ie as an outlet. His favourite topics are pairing beer with food, cigars, and whiskey. To learn Jamie’s findings on pairing beer with whiskey, read Beer with whiskey – the ultimate drinks convoy