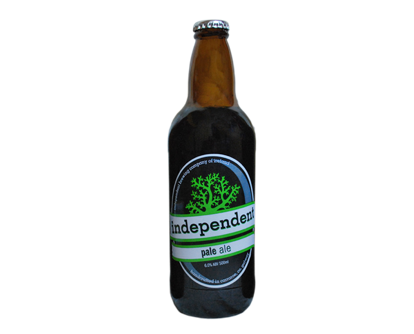 Independent pale ale is a hoppy, vibrant beer, brimful of taste and flavour, the rye in the malt bill blends with the bitter spiciness of the hops for a refreshing bite, double dryhopped for that extra aroma.

Award-Winning Beers We were awarded a Silver medal at the Global Craft Brewers Awards in Berlin and won the best Ale and Lager category at the Irish Quality Food and Drink Awards. We are very proud of the fact that a Galway craft brewery can win such esteemed recognition.” Read More