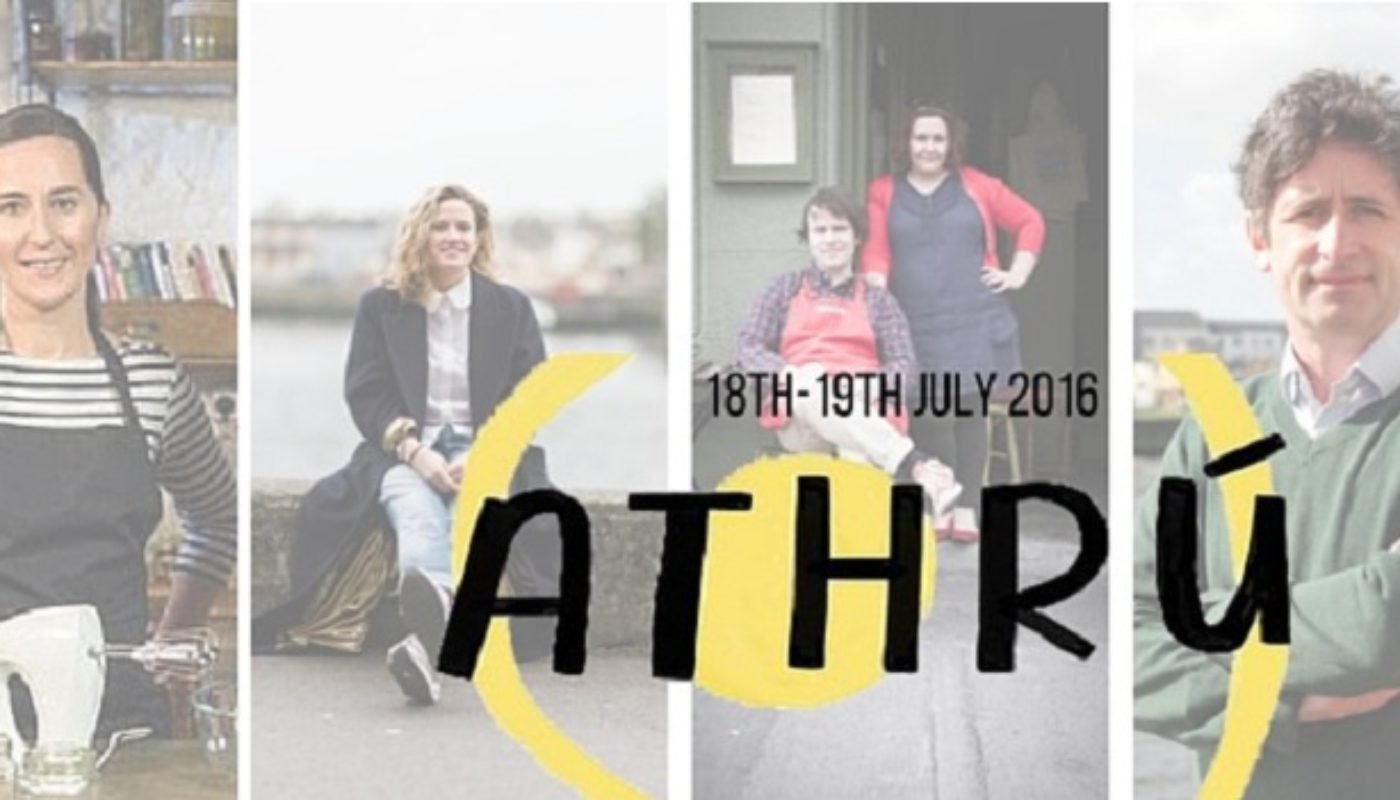 Following recent media coverage of the gender divide in Irish kitchens, Kai’s Jess Murphy set out with the goal of establishing a forum to highlight gender inequality in the Irish culinary and hospitality industry. Teaming up with fellow successful women in the food world such as Hilary O’Hagan Brennan, Director of Food at 3FE and restaurateur Gill Carroll. This came to fruition this week with  taking place at Galway’s Platform 56, with close to 200 attendees.

In the run up to Athrú, Jess expressed her thoughts on the ultimate aim of Athrú, which also began the process of compiling a database of females in the industry for the purpose of highlighting that these chefs will be available for a range of events to provide the female voice and point of view. On opening the issue up for discussion Jess noted that ‘This is a gender equality issue that we need to address in Ireland and in most kitchens all over the world. I think it’s going to be a really positive thing, and I hope to God we get some young blood Irish women up through the ranks that will hopefully do what I’ve done. That’s the goal of everything’.

Inspired by and modeled on PARABERE Forum, which is a platform for women’s views and discussion of major food issues, Athrú featured talks by industry legends such as Darina Allen, Kevin Thornton and Michelin-starred chef Danni Barry. The event featured a 50/50 balance of distinguished male and female speakers offering their perspective on the current situation and ways to promote equality. Darina neatly encapsulated the message to be taken from Athrú in stating that ‘talent has no gender’.

Speaking at Athrú, with great insight into the industry, Eanna Hassett, Food and Beverage Director at Ashford Castle noted that ‘Its about changing the processes and work practices within the industry. Everybody wants more balance.  Mentoring will be key to bringing this industry on, you want people to be the best they can be and it doesn’t matter if they are a man or a woman.’

Athrú’s message attracted widespread media coverage, at both national and international level. The Huffington Post and Saveur both picked up on the discussion, disseminating its message far beyond Irish media and proving that there is an impetus for change both here and further afield.

Twitter displayed an overwhelmingly positive response to Athrú and its impact with industry heavyweights such as Aniar’s JP McMahon (@mistereatgalway) tweeting his words of support. Danni Barry (@Danni_Barry) reflected on the event’s success in tweeting that  ‘The gender issue is one that divides opinion! Thanks to @athru2016 providing open, inclusive discussion’. Holly Dalton (@HollyDalton17) Chef at 3FE and founding member of Athrú, proudly affirmed that ‘For me @athru2016 was a room full of role models that I could connect with. An experience like that doesn’t come around too often.’

The momentum of Athrú is set to continue, with the founders aiming to make it a recurring platform for discussion and capitalize on the success of its first event.

“Athrú 2016 has been interesting, empowering to everybody, the industry needs to change throughout. The discussions, the speakers- the things the will come from this will be the catalyst for change .Starting the conversations that need to happen. Athrú, this platform could be a twice annual conference, moving throughout the country.  Awareness from this has been incredible, the last two days on social media has been powerful.  It was a fully inclusive empowering event” said Jess Murphy.