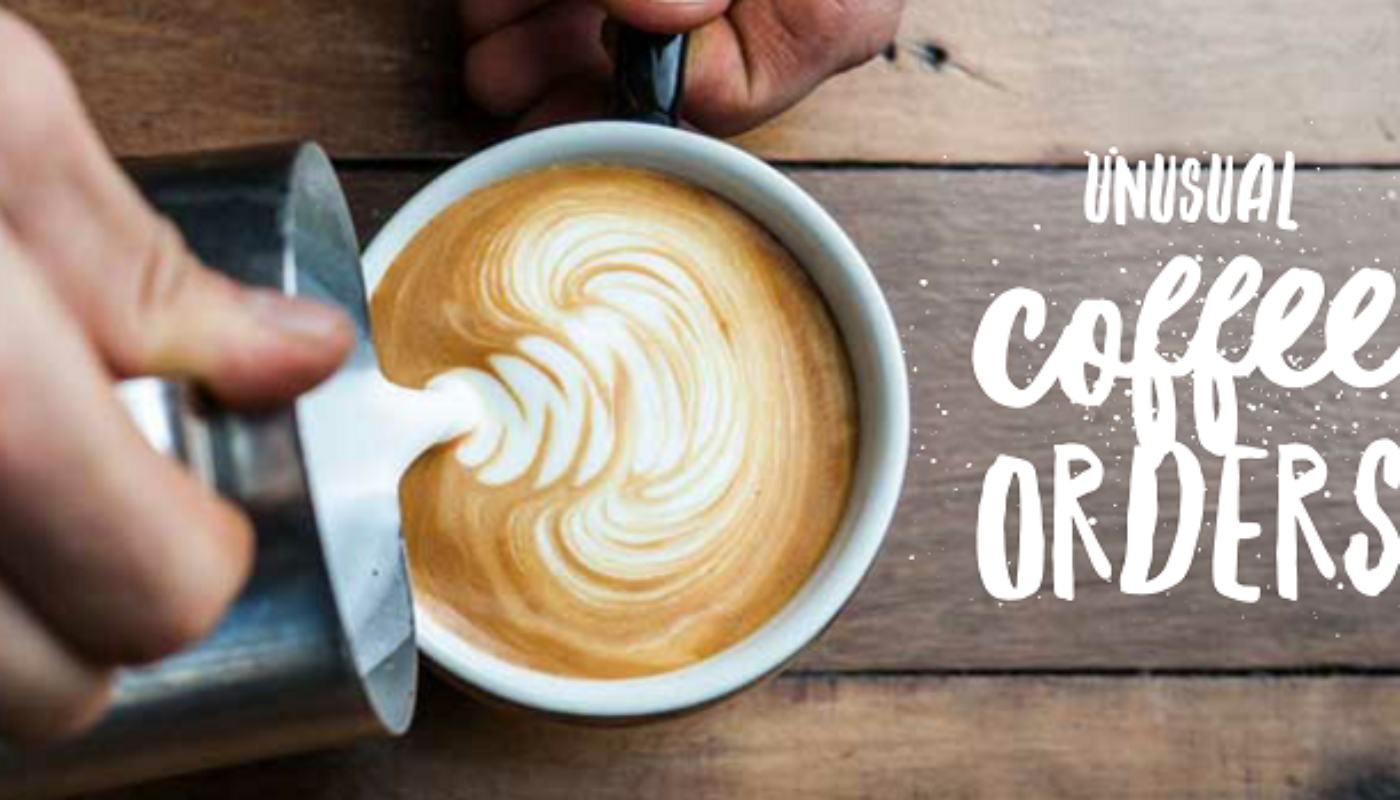 Ah coffee. The nectar of the gods at best, bitter fuel to survive the morning struggle at worst. It can’t be denied that we’ve all taken a more involved interest in our daily fix in recent years, possibly due to our collective compulsion to snap and post anything vaguely aesthetically pleasing – I’m talking to you latte art – on Instagram.

But there is, believe it or not, life beyond the latte and the flat white, or “flatty” if you will. I won’t, but then again I have been known to order an almond milk cappuccino, which is apparently a unicorn in the coffee world due to the inability of most nut milk to produce foam – a faux pas I will likely continue to make out of sheer habit.

Add to this the fact that baristas are upping their game exponentially and committing to the art of coffee making, and the ‘third wave’ of coffee culture taking hold in the capital and you have the distinct possibility that our orders will start to get a little more varied. Many of us feel like we have a barista, like we may “have” a hairdresser, who we routinely go to to get our fix just the way we like it. In my case, it is Colm in Bread and Butter Drumcondra, who doesn’t even pull a face when I ask for a coffee, with a bit of extra hot steamed almond milk, but not as much as a cappuccino, an incoherent rambling order which he tells me is roughly equivalent to a White Americano.

With this shiny new coffee order I had never known existed, I realised there must be more obscure cups of Joe I could experiment with – behold, seven unusual coffee orders to impress (or annoy) your barista with. N.B: maybe don’t try this during the 8am midweek coffee rush hour…trust me! Love the taste of good coffee but not a fan of the jittery buzz it leaves you with? You’re a rare one, I’ll give you that, but if this describes you then ask your barista for a Ristretto. This stout shot contains less caffeine as it is a shorter, more condensed pour, and as much of the caffeine is contained in the ‘crema’ part of the shot, less ends up in your ristretto.

Ristretto translates as ‘restricted’, referring to a shorter extraction time, that is, the amount of time the ground coffee is in contact with water. For a ristretto, extraction time is usually 15 seconds to produce 15ml, whereas an espresso pull yields 30ml in 30 seconds. The idea is to get the shot at its goldilocks zone, where the flavour notes shine, inherent sweetness is perceptible and acidity has not yet entered the equation. If you happen to be in Italy (lucky you!) or just want your barista to think you are oh so cultured, don your best rolling ‘r’ and ask for an Espresso Romano. The Romans are known for their love of an espresso doublé, but ordering this will mean you receive a twist of lemon next to your shot, or rubbed around the rim of your cup.

Why, you ask? Lemon apparently takes the bitter edge off the espresso and highlights sweetness, meaning there is no need for sugar, which by the way, Italians have no problem adding to their espresso as I learned sipping one outside Saint Eustachio, a Roman institution near the Pantheon dating back to the 1930’s, considered one of the world’s best cafés. Some believe coffee is just a stop gap for the time of day when it would be frowned upon to reach for something stronger. So if it’s not quite five o’clock where you are but the sun happens to be out and you want to be showy (and lets be honest, a little annoying) call your iced coffee a Shakerato – like an espresso martini, you know, without the buzz of Kahlua. Straight up americano, plus ice, most likely minus the Martini glass. Coffee and cream, like cookies and cream’s more sophisticated older sister, Espresso Con Panna is elegant in its simplicity but a real treat in its own right – a shot of espresso topped with a dollop of whipped cream. For a creamy kick that is slightly less indulgent, there is also the Brevé, meaning short, which is topped with half cream and half milk – but in for a penny in for a pound in this case surely? The Macchiato is the coffee lover’s milky go-to, with just pure espresso topped with or ‘marked’ (the translation of macchiato) with steamed milk foam only – the kind you might skim off the top of a well made cappuccino. A Macchiato can be served short, as just described, or long, usually with a double shot of espresso or doppio, while we’re embracing Italian gusto.

The Macchiato allows the flavour profile of the espresso to shine through, complimenting it with a hint of milk to balance bitterness and enhance sweetness, to take the strength down a notch. This drink is usually served in a short ‘dematisse’ glass to display how good things come in small packages. Want to guild the lily? Ask for a Marrochino, which is a macchiato with a dusting of cocoa powder on top. Love your lattes and flat whites but not that groggy feeling and fullness after too much milk? A Cortado is shorter than a latte and employs different milk to coffee ratios. A latte offers one part coffee to three parts milk in large volumes and a Cortado, translating from Spanish as ‘cut’ is closer to a 2:1 ratio, with espresso topped with steamed milk, served in the same glass as a Macchiato.

A similar drink has gathered momentum in Australia and New Zealand and is known as a Piccolo, which is not unlike a mini latte, thus containing less milk by virtue of being shorter. Hailing from Valencia in Spain, ask for a Cafe Bombón and you will receive a little shot of unctuous sweetness. This unusual order consists of an espresso shot floating atop a base of sweetened condensed milk, although the espresso is first into the glass. The density of the condensed milk means it sinks to the bottom of your shot, meaning you will need to mix it with a spoon for the perfect sip – a 1:1 ratio of espresso to condensed milk.

This dessert-like tipple has travelled to Asia, appearing in Malaysia as Kopi Susu Panas, which consists of equal parts condensed milk and strong brewed coffee is then added and allowed to sink in. This produces a thick, devilishy sweet drink not unlike a hot version of Vietnamese iced coffee. 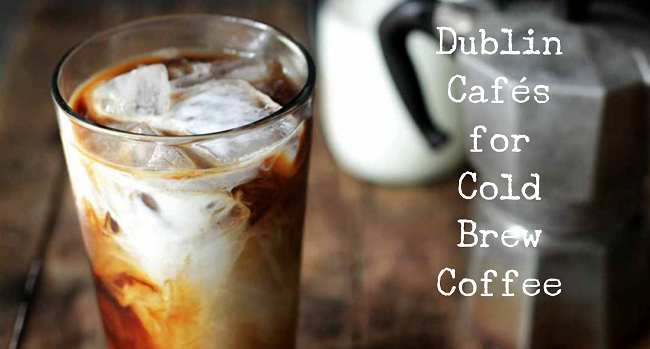 Need to Cool Down? Pick Up a Cold Brew Coffee in these Dublin Cafés Today 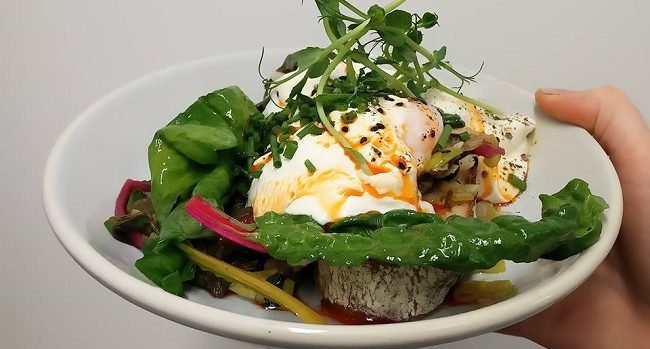 8 Great Cafes and Coffee Shops to Try in Dublin 8 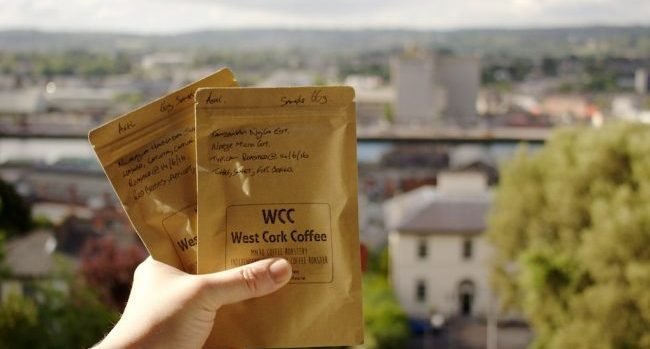