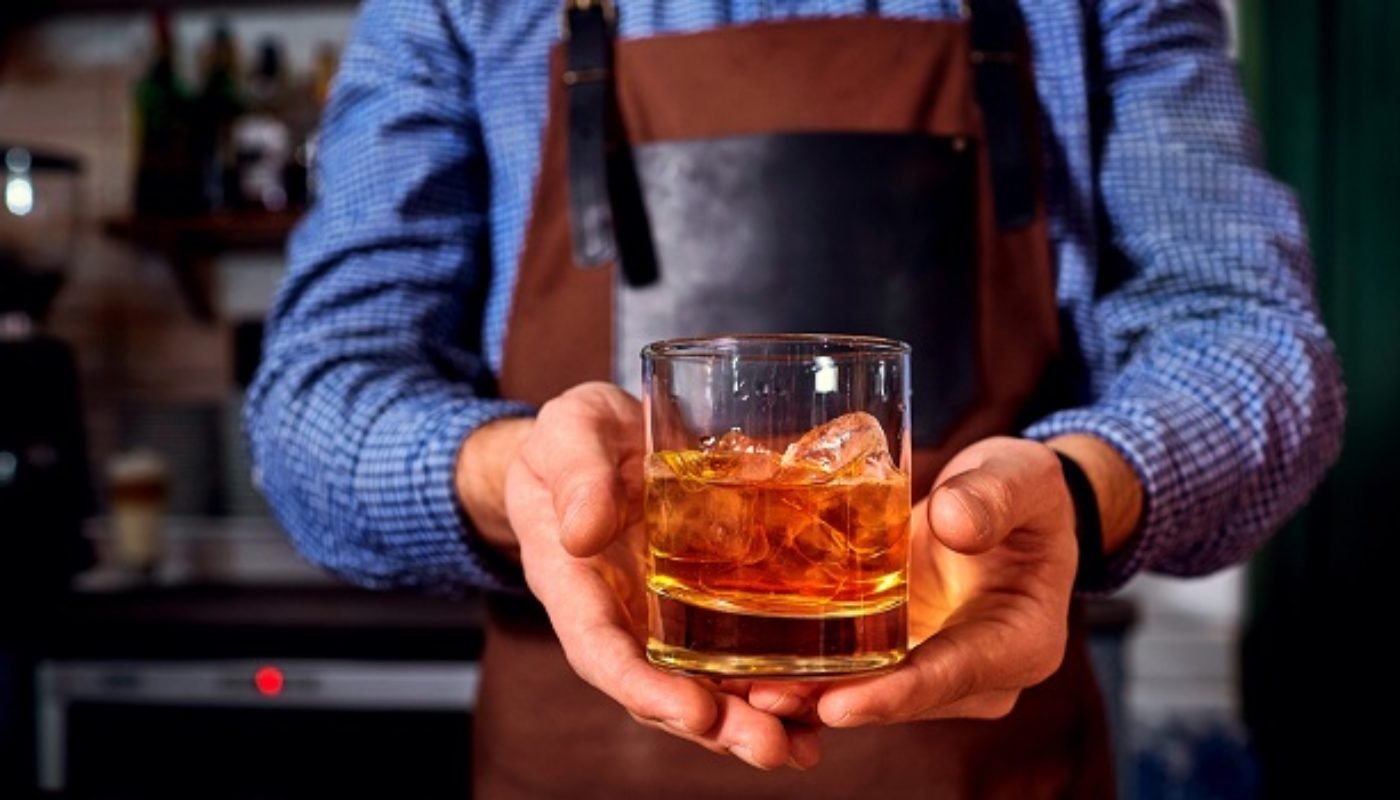 Mention a martini, a gin and tonic, whiskey on the rocks or a vodka and rum cocktail and the anticipation immediately lifts the spirits. Spirits are synonymous with breaking the ice as well as melting it and helping the conversation flow, especially in new company.

While wine can sometimes become the subject of the conversation, spirits have a more selfless role and focus attention on the talkers. If an opinion is shared, it is usually about a favourite brand of spirit or its country of origin.

Here, we are shining the light on our favourite spirits and telling their story. Knowing how our drinks are made may help us enjoy them even more. Entering the spirit world is not restricted to Halloween.

All spirits have one thing in common, they must pass through a still, either a Pot Still or a Column Still (aka a Coffey, Continuous or Patent Still). The still simply concentrates the alcohol present and the other volatile elements in the fermented liquid, the “wash”. When heated, alcohol turns to vapour at 78.3C while water requires 100C to boil and evaporate creating steam.  Heating the wash effectively separates the alcohol from the water elements within the wash. Their main difference between the two stills is artisan character versus efficient refinement.  An analogy would be two domestic heating systems: an open fireplace (pot still) versus central heating (column still). The open fireplace is highly inefficient, heating only the room and those near the fire, requiring regular top ups with fuel. However, it is aesthetically attractive and the wood or peat burned gives the aroma of the fuel used.

Similarly, the pot still allows the character of its base liquid, the “wash” (e.g. wine for brandy or beer for whiskey) to be expressed in the final spirit.  The same batch of spirit needs to be distilled again separately at least twice or three times, roughly doubling in alcoholic strength each time.

Whereas a home’s central heating system has a single heat source, the boiler is fuelled by gas or oil and heats the whole home. While its efficiency is admirable, no one is ever tempted to sit in an armchair and gaze at the radiators and the words cosy ambiance never spring to mind. Happily, aromas from its fuel source of oil or gas are never imparted with the heat. Similarly, the Column Still can use a fermented wash originating from potatoes (for vodka) or lesser regarded grains including corn or maize (for whisky) and the refinement of the distillation prides itself on neutralising their personality.  Distillation is made in a single continuous batch.

In addition to the type and shape of still used, the quality and style of the final spirit also depends on the base material used, fermentation and maturation (vessels and length of time). This colourless spirit (usually) with a light flavour associated with Poland and Russia where it was made using any excess crop from the land that had fermentable sugars to convert into alcohol for distillation into a spirit.  Today, vodka is made globally and is one of the world’s most popular spirits. Vodka’s neutral character lends itself well to cocktails and mixers.

The main aim with vodka distillation is to produce a spirit as close to pure ethanol as possible with a strength of at least 96% ABV. The powerful spirit must be cut (diluted) with distilled water before bottling to around 40% ABV to make it potable (drinkable). Vodka does not require any aging to enhance its character. Instead, it relies on its base material for that. Standard vodkas often use molasses which has very light, if any flavour and an illusion of sweetness.

Quality premium and super premium vodkas generally use grains and potatoes. Barley gives fresh, crisp and dry vodka. Rye can be a little sweeter and wheat has a rich texture, while potatoes have a very distinct creamy texture.

Gin’s original role was as a camouflage, deliberately intended to disguise the harsh flavours or raw spirits by enhancing them with aromatic herbs and spices. Juniper is always the key ingredient for gin, its name derived from genever, the Dutch for juniper and abbreviated to “gin” in English. Many additional botanicals are added including at least coriander, angelica, citrus peel and orris root.  Most producers keep their blend top secret.

There are two important styles of gin: London (Dry) Gin can be made anywhere in the world. By law, it must use a pot still where the neutral vodka-like spirit (made in a Column Still) is distilled again but with juniper and the other botanicals, its alcohol releasing their essential oils. No additional flavours may be added after distillation.

Distilled Gin is a London Dry Gin where flavours are added afterwards, e.g. cucumber or rose petals.  This category is highly popular with mixologists and bartenders.

Brandy is a name derived from brandewijn, the Dutch for burnt wine.  Brandy is a fruit spirit, usually made from grape wine, apple cider or pear perry amongst others.  Brandy is made in most wine producing countries.

One of the most famous is a French brandy made from vineyards north of Bordeaux, around the town of Cognac, which gives its name to the spirit; while Normandy has its cider spirit, Calvados. Confusingly, the word Champagne may appear on a Cognac bottle. Grande Champagne and Petite Champagne are two of the best of the six districts of Cognac. They contain similar chalky soil as found in the Champagne sparkling wine region east of Paris.  Fine Champagne is a term for a blend of these two top districts.

A name derived from the Gaeilge, Uisce beatha, the “water of life” or aqua vitae, is Ireland’s gift to the world.  Triple distilled for extra smoothness and refinement using copper pot stills for translating the character of the beer-like brew made from the premium grain: barley. Barley is malted (toasted) for added richness.  Unmalted (non-toasted) barley gives a spicy and fruity flavour with a creamy, oily texture.

Grain Whiskey is made from a variety of other grains and use of both pot stills and column stills. Blended whiskey refers to combining a barley only malt whiskey with a grain whiskey.

The type of oak casks used for aging for a minimum of three years and often much longer, imbues the colourless spirit with its golden amber colour and imparts most of the spicy aromas and flavours to the whiskey.  Reused Bourbon whiskey barrels give flavours of vanilla, coconut and spice and a paler colour. While European oak barrels gives richer, dried fruit flavours and a darker colour.

If an indication of age appears on the label, e.g. Ten Year Old, then that refers to the youngest age of the whiskey in the blend.

Rum is a sugar cane distilled spirit produced in tropical climates worldwide, but its heartland is in the Caribbean.  Most rum is made from molasses, a by-product of the sugar industry. The pot still is usually used producing rum with a rich fruity and vanilla character. Also permitted is sugar cane juice with a grassy pungency and the column still is preferred by producers.

White rum is aged in oak casks or stainless steel for a year. Whereas Golden, Dark and Aged rums gain their complexity and colour from aging is charred oak casks. A little caramel may be added to give consistency in colour. Ireland’s only single malt vodka and one of only eight in the world.

Showing a rebellious streak and breaking from tradition by using Irish malted barley, the premium grain. Keeps that rich barley character of spice and creaminess by using a pot still.

Distilled four times to deliver depth and complexity from its malty rich bouquet to a spicy, peppery palate enveloped in a satin-smooth texture. Glendalough Distillery has taken a year to meld the keynote elements of the four seasons to create this Wild Botanical Gin. Local botanicals are handpicked and foraged in season by Geraldine Kavanagh of Wicklow Wild Foods.

The top note of any gin will be juniper. The supporting choir is spring-fresh pine and lemon, followed by summer flowers and autumn fruits, concluding with a lingering winter spice. Garnish with a sprig of rosemary and a slice of orange served with Poacher’s Irish Tonic. Normandy has a long tradition of making a spirit, Calvados from distilling cider.  This Irish Apple Brandy is exceptional. Crafted over a century by generations of Cellar Masters at Cognac’s Rémy Martin using 1,200 of their oldest and most complex eau de vies.

I had the privilege of tasting Louis Treize last year in a Dublin restaurant near the Garden of Remembrance that began its travel through time in 1916. That founding year and the Dublin location added a powerful emotion to its sense of occasion. The generations of Cellar Masters involved left a legacy after them that reflected in the Cognac’s character, aromas of youthful white blossom contrasted with mature leather and sandalwood.

On the palate, fresh pear complemented ripe plum and dried fig and date with elusive saffron. Like plutonium, a little Louis Treize goes a long way and has a most powerful impact. This quintessential premium quality Irish whiskey is given a Spanish accent by finishing its 9-12 years aging in a blend of Oloroso Sherry casks for an additional year from the prestigious producer, Lustau and also in Spanish oak barrels.

The raisin and walnut note of Oloroso is supported by the rich malt cereal and some vanilla from the Spanish oak.

Remarkably smooth at 46% ABV with the combined malt and unmalted barley giving the creamy signature of Irish pot still whiskey and a highlight of peppery oak spice. The result, some of the dark fruit of Amarone adds a rich fruit note to the spicy malt.  Very mellow bouquet of rich fruit and a spice of clove and nutmeg. Tropical aromas of banana and vanilla with a caramel and buttered popcorn note.

A light-bodied rum with a palate of subtle dry flavours making it a perfect partner for a whole range of cocktails: Mojito, Daiquiri and Piña Colada.

Also ideal, because white rum will not affect the colour of a  cocktail. An orange based Liqueur.

Pure and pungent aromas of freshly zested orange peel.  Sweet entry as with all liqueurs and the concentrated natural orange peel dominates the palate and refreshes through to the zesty finish.

Refreshing as a cocktail with freshly squeezed oranges and sparkling water or neat on ice.