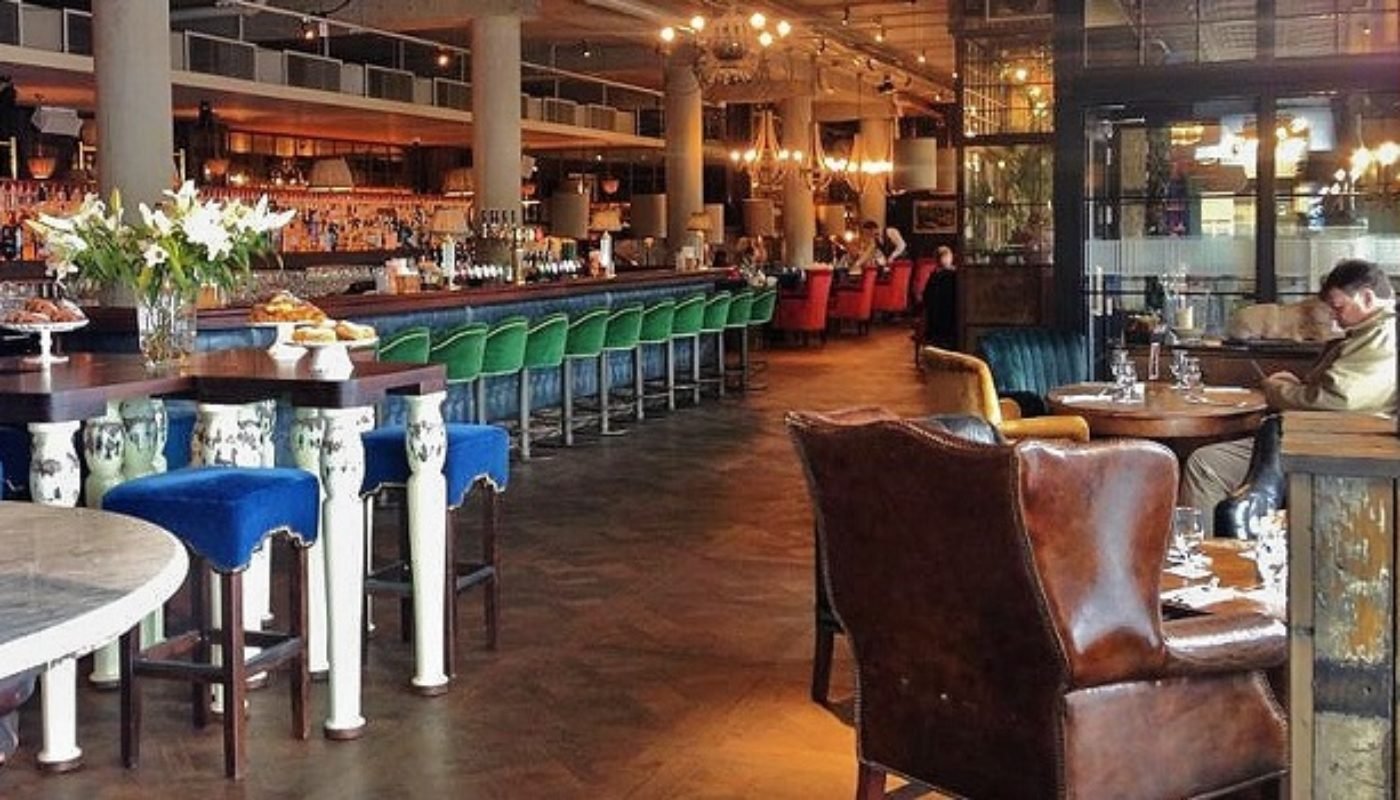 I love nothing more than a leisurely breakfast with good food. We are constantly told that breakfast is the most important meal of the day but for many – this writer included – it usually means a quick bowl of cereal in the morning or a couple of slices of toast hurriedly eaten in the car as I rush to get the children to school on time in the morning. It’s little wonder then, that going out to eat breakfast or brunch is something that I consider a great treat.

I recently visited Limerick and with a couple of hours to spare decided to pop into House Limerick which had been recommended to me by a friend. The man behind House Limerick is Alan Clancy of House Dublin on Leeson Street who also runs the hugely popular 37 Dawson Street in the capital as well as a number of other successful pubs around the country.

One of Ireland’s most beautiful cities Limerick has a rich and colourful history which stretches back to its establishment as a walled city in 812 by the Vikings on King’s island. The city also boasts some of the country’s best Georgian architecture and many of the elegant terraced townhouses of that period are still in existence today. These days Limerick is a multicultural, cosmopolitan city with a vibrant night-life.

Once inside, we were warmly greeted by our waiter Edward who showed us to our table in a blue velvet upholstered ‘booth’ from where we were able to sit back and take in our surroundings. The interior of House Limerick has been beautifully designed and it feels extremely spacious. Leather wing-back chairs, wooden panelling and extensive use of plush fabrics give the space an opulent but comfortable feel. The bar is well-stocked and we noted that there was a good selection of whiskeys and gins on offer. We briefly considered cocktails but decided to start with tea which was served from a china pot in what my grandmother always referred to as ‘proper’ tea-cups. This was a nice touch. The breakfast menu has a number of tempting dishes on it and we took some time deliberating over our choices. Quinoa Cocoa Pops (€5.50) sounded intriguing and the breakfast pastries displayed in front of the kitchen pass looked very appealing but in the end I decided to start with the Grilled Grapefruit (€4.50). Those of a certain age will remember this dish – usually topped with a glacé cherry – as a stalwart of many a 1970’s breakfast buffet. Here the dish had been updated and was delicious with its brûléed brown sugar topping and accompanying fresh berries. This was a simple fare which thankfully had not been over-complicated by unnecessary additions. My companion quickly decided on French Toast with Maple Syrup (€6.50). I find many French Toast offerings border on the stodgy and are too often accompanied by maple-’flavoured’ syrup rather than the genuine unctuous and slightly smoky syrup that is made from the sap of maple trees. We need not have worried as we both agreed that the French Toast in House Limerick was amongst the best that either of us had ever eaten. Here it was made with butter-rich brioche soaked in a well-flavoured vanilla custard before being pan-fried and served with real maple syrup and an assortment of goodies including fresh berries, mini-meringues and homemade honeycomb. At this point we felt that a couple of cocktails were in order. House Limerick offers a number of specially designed breakfast/brunch cocktails which included classic pick-me-ups along with low-alcohol and alcohol free options. If you wish you can also choose from the main cocktail menu.

My companion immediately went for a classic Espresso Martini (€11 ) but I dithered a little before eventually settling on a Snowdrop (€11) a refreshing little number made with Plymouth sloe gin, coconut liqueur, coconut water, fresh lime juice and garnished with fresh raspberries. It was served in a Mai Tai glass which conjured up slightly cheesy images of the tropics… but I loved it. Having both started our meal with sweet options, we decided to sample a couple of the savoury dishes listed. For me, breakfast/brunch menus succeed or fail on the quality of the Eggs Benedict so it was inevitable that I would choose them. Eggs Florentine (the basic benedict but with spinach) and Eggs Royale (smoked salmon in place of the bacon) are also available.

In keeping with the standard of the rest of the meal the Eggs Benedict (€9.50) at House Limerick was excellent and included an expertly poached egg on top of some truly delicious fried bacon. It was finished with a well-flavoured hollandaise with just the right amount of acidity to balance the overall richness of the dish. Across the table, my companion tucked into Baked Eggs (€8.00) a fantastically flavoursome dish made with Gubbeen chorizo, spinach, Parmesan and an addictive stewed tomato sauce. It was served with thick slices of toasted bloomer bread and between us we licked the plate clean. I really enjoyed my breakfast in House Limerick and I was particularly impressed by the service which was delivered with friendly enthusiasm and in depth knowledge of all the dishes on the menu. The surroundings are similarly notable and seamlessly blend classic and contemporary with many quirky details thrown in for good measure. I don’t normally comment on bathroom facilities but the Belfast sinks, antique taps and use of quirky wallpapers are definitely worth a mention. I also loved the somewhat kitsch powder room with its stand hair-dryer unit and neon signage. Most importantly the food by Deirdre Daly’s Opia Restaurants Limited is fabulous.

Breakfast is served daily from 9am – 12 noon.

Brunch is served on Saturdays and Sundays 2pm – 4pm