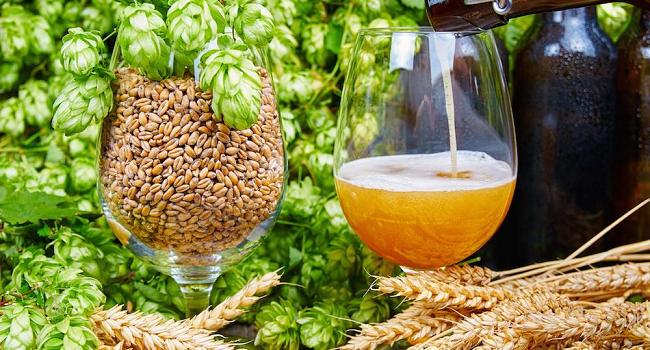 IPAs are perhaps the most ubiquitous of craft beer styles, with almost every brewery producing one or more options of this amazing brew. From the dark, roasty black IPAs to the citrus and spice of the white variety, this beer style comes in a range of flavours to appease the most discerning of hop heads. There is, however, a new version of this dominant style making waves throughout the beer world and that, of course, is the New England IPA (NEIPA).

The origins of this beer, like the style itself are somewhat hazy, but the brew is generally traced to John Kimmich’s, of The Alchemist brewery in Vermont, Heady Topper. Since, the NEIPA has exploded in popularity with many breweries trying their hand in creating their own juicy versions– to much success. US based breweries like Trillium, Tired Hands, and Monkish are brewing exceedingly popular NEIPAs, in great demand all over the world.

So what, exactly, is a NEIPA?

Unlike the typical American IPA, this beer is soft and smooth, generally with a lovely creamy mouthfeel. These have a restrained bitterness. Indeed, the emphasis here is on hop flavour as opposed to hop bitterness, with tropical fruit notes dominating the flavour profiles of these brews. Think juicy. These highlight high hop aroma with the inclusion of fruit forward hops like Citra, Mosaic, and Galaxy.

These NEIPAs are also famously hazy. This haze can be attributed to a variety of factors like dry hopping, which boosts the fruity flavours, and the inclusion of malts like wheat and flaked oats in the grain bill. This malt profile also helps create the soft body and creamy mouthfeel.

Additionally, factors like water chemistry, which also influences this mouthfeel, or the yeast strains used particularly for this style influence the haze. This yeast also plays a critical role in the flavour profile of NEIPAs, adding low to moderate fruity esters that emphasize and compliment the fruit flavours from the hops.

While the NEIPA has become increasingly popular throughout the US, this Spring saw the launch of four fantastic options from Irish breweries: Characterized by intense tropical flavours such passionfruit, grapefruit, peach, and apricot, this unfiltered, hazy brew has a bold aroma with a lovely soft body and restrained bitterness.

Available for 3.95 at Molloys Ace of Haze – Blacks of Kinsale

Smooth with slight haziness like the name implies, this NEIPA boasts fabulous citrus and orange flavours that mingle with pine notes. Low bitterness per the style.

Available on draft at locations throughout the nation like The Hill Pub, Dublin Tropical fruits dominate the aroma of this soft and creamy NEIPA. Flavour follows this with citrus, papaya, tangerine, melon, and pine notes. Again, this version has a lovely restrained bitterness and a hazy appearance.

Available for 3.99 from Martins Off-license Besides having an amazing name this Double New England IPA is an excellent example of the style: hazy and soft, with juicy notes of mango, grapefruit and loads of tropical fruit and low bitterness.

Available on draft at locations throughout the nation like The Headline Bar, Dublin