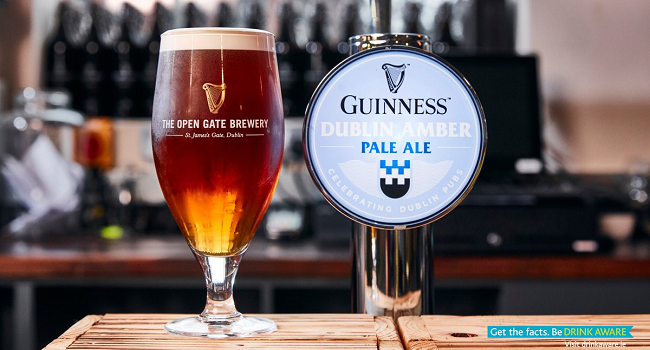 The Licensed Vintners Association (LVA) of Ireland has recently announced a new community initiative for which they’ve partnered with Diageo and charity Alone. Diageo’s Guinness is supporting the LVA’s efforts to raise €200,000 for the charity by brewing a limited edition beer, Dublin Amber Pale Ale.

For each pint of this newly launched Dublin Amber sold, a joint donation of fifty will be made by Guinness and the publican for Alone (Charity No. CHY8259). The beer is made using six varieties of hops and offers aromas of pine and citrus, it is described as smooth and with a creamy texture and intense flavours.

Dublin Amber will be available on draught in hundreds of pubs across Dublin from March 2017 for a limited time. Pub goers can find Dublin Amber at The Bankers Bar, Lemon and Duke and other LVA Dublin pubs.

Donall O’Keeffe, CEO of the LVA, said: “The LVA is one of the oldest trade associations in the country and since its foundation in 1817 has played a hugely important role in the social, business and cultural life of our capital city. It was really important for our members that we mark the bicentenary with a significant charity initiative, to give something back to Dublin.”

The LVA, is an organisation that represents Dublin publicans. It has 600 members, and is celebrating its 200th anniversary this year.