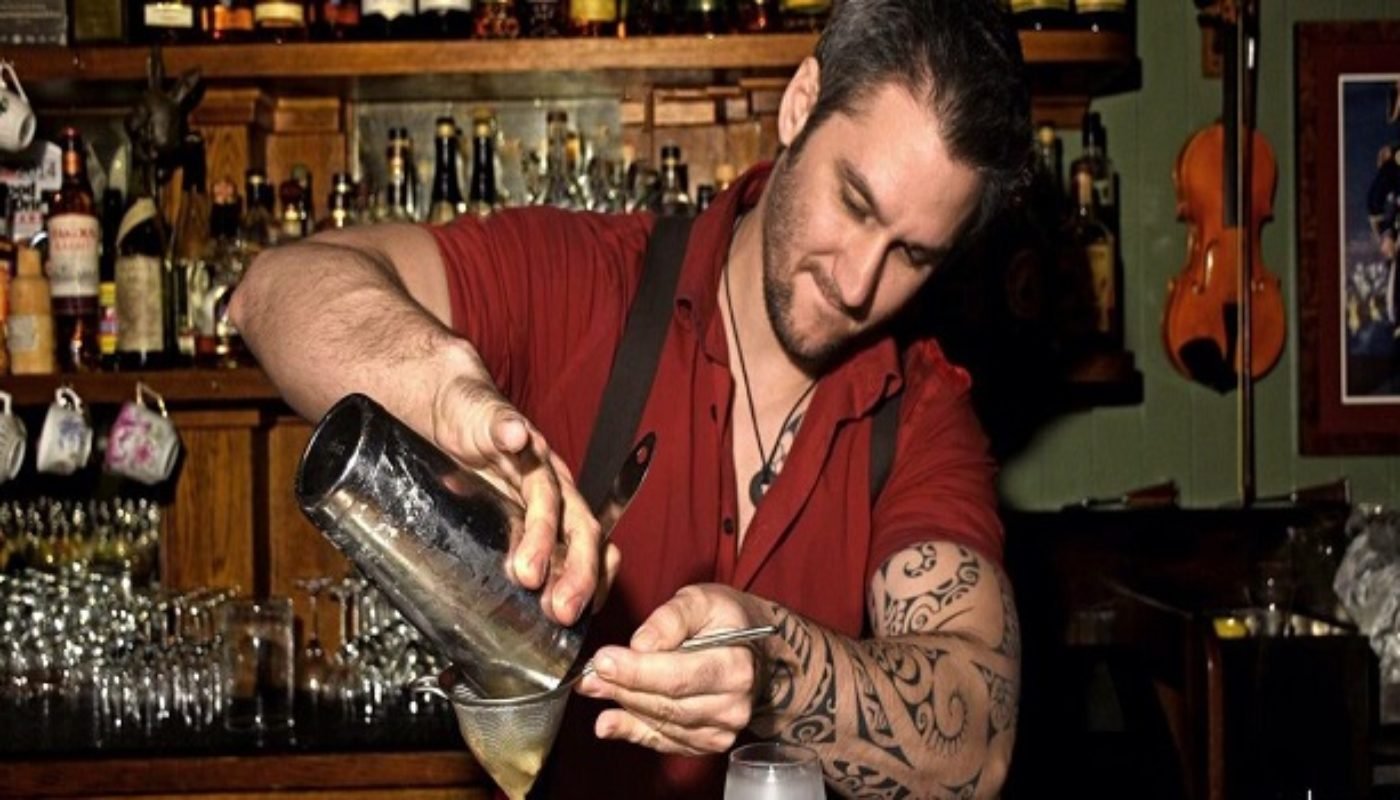 Gregory Buda, Director of Education and Training at The Dead Rabbit and Blacktail in New York City, has carved out a place for himself in the industry as a sort of expert on all things sherry. Self-described as “super geeky about booze in general,” Buda recently visited Balfes as a part of Spanish Wine Week in Dublin to lead a masterclass in this misunderstood variety of fortified wine.

“I was one of those people who knew very little about sherry,” explained Buda, who was first really introduced to the drink while working at The Beagle in New York after graduate school. Today, Buda travels and consults with bars who are working on adding sherry to their cocktail and drink program. He also participates in educational programs like the one at Balfes. The event was packed with sherry lovers and novices, but everyone seemed to learn from Buda’s ground-up explanation of the wide world of sherry.

Just like champagne and other types of alcohol, sherry has a specific denomination of origin. Located in Southern Spain, the “Sherry Triangle is made up of the coastal towns of Puerto de Santa Maria, and Sanlúcar de Barrameda along with Jerez de la Frontera further inland. In order to be called sherry, the wine must be produced in this region.

“There are a lot of misconceptions surrounding sherry, one of which is that it’s all very sweet. Most of the styles that exist are actually bone dry,” explained Buda, “There’s a huge variation in the flavours and body and how well it pairs with food and can be used in cocktails.”

The wide range of dry sherries are all made from Palomino Fino grapes, while sweet styles are made from Pedro Ximenez and Muscat grapes. Some of these grape varieties also lend their names to the sherries which they produce. There are also blended sherries, which are also known as cream sherries, and are the ones that are usually most familiar to people: “Those are made by mixing the two styles together. You have your dry sherry mixed with PX [Pedro Ximenez] usually, to give you a moderately sweet sherry. That’s where most of the misconceptions about sherry’s sweetness come from, that style and the fact that it was pervasive.”

At his home bars of The Dead Rabbit and Blacktail, sherry is most prevalently used in the cocktails, the menu for which changes every six months. For Buda, cocktails are the best way to re-introduce people to sherry and the begin to change their misconceptions regarding the wine: “One of the coolest trends that are happening right now is that bartenders and sommeliers are rediscovering sherry and introducing it to guests explaining what it really is.”

Like any wine, sherry can be incredible when paired with foods. At the event, toasted almonds, olives, charcuterie, and cheese accompanied the tasting, which was sponsored by Fernando de Castilla, a sherry producer which provided the array of wines for tasting.

“Finos and manzanillas are very classically paired with seafood dishes,” offered Buda, “Manzanilla is a beautiful accompaniment to oysters, fino sherries with roasted fish.” Both these varieties, he explained, also pair well with white spirits in cocktails.

Much of the talk focused on the process of making sherry, which is both unique and requires incredible care and attention. The ageing process for sherry takes place in bodegas, where systems known as soleras are carefully developed by producers. Sherry is aged through a system which is referred to as ‘fractional blending’. “The idea is that you move only a part of a barrel to the next one, you never empty a barrel,” explained Buda.

In this system, every bottle of sherry from a solera in a bodega theoretically has a bit of every wine that has gone through the system. This system has been used in producing sherry since the 18th century when sherry was in its heyday. Producers realized that through this system they could control the quality and consistency of their product, instead of having waste product when a particular year wasn’t necessarily as good as previous.

“One of the benefits of it is you have this incredible complexity in the wine, because you have a mixture of young wines going back to little amounts of the oldest wines that first went through the system in the bodega,” said Buda, “Unlike most wines which have the terroir which comes from the vineyard and the way that the wine is made, sherry very much has a second terroir that comes from the bodega itself.”

Bodegas can reach upwards of 200 years old according to Buda, while the barrels in the soleras can be a part of the system for anywhere from around 80-120 years: “They will repair these barrels over again and over again…they’re very precious about their soleras but because of that they get a lot of life out of these barrels.”

“Sherry as a wine by itself can be a little difficult for people to wrap their heads around, because it doesn’t taste like most wines you come across,” said Buda, but cocktails, by comparison, are “a beautiful stepping stone for people to like familiarize themselves with something in an accessible way.” Simple changes to popular cocktails can highlight sherry and introduce people to the depth of flavours in sherry.

“One of the simplest things you can do is to substitute in a fino or manzanilla sherry for dry vermouth in a cocktail. If you take a classic martini and replace the dry vermouth with a fino sherry and just add gin and orange bitters, you have a Tuxedo No. 1 which is a very classic cocktail. Another very simple way is to take an old fashioned and instead of using sugar use Pedro Ximenez or a moscatel sherry, two of the sweet sherries,” suggested Buda.

These cocktails are lovely for bars but are also easy to implement at home. Using only a few ingredients, you can make a familiar cocktail, and then make it more exciting by substituting sherry for the traditional ingredient.

In terms of at his home bars in New York, Buda is “happy to say that I think I’ve spread a bit of the sherry love to the rest of my staff,” and he sees the wine showing up in cocktails presented by other people in the bars as well.

The rediscovery of sherry may still be limited, but it seems to be moving in the right direction, and Buda seemed optimistic: “We’re in an age where the guest understanding of sherry isn’t quite there yet, but the bartender understanding is getting there, and the sherry producers are definitely recognizing that and there’s a lot of beautiful stuff on the market that’s available in a way that it wasn’t.”