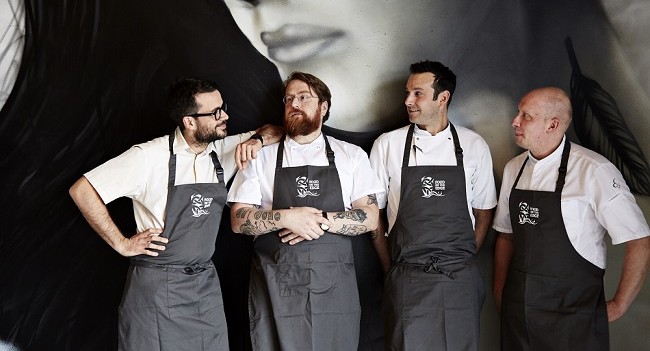 A roll call of more than 40 of the world’s leading chefs is now confirmed to speak on the future of food in Galway this October at Food On The Edge 2016. Early Bird tickets offer ends 31st July 2016.

A snapshot of the calibre of international chefs confirmed to attend includes Massimo Bottura of Osteria Francescana, a three Michelin-star restaurant in Modena, Italy, which has been listed in the top 5 at the World’s 50 Best Restaurant Awards since 2010 and was ranked 2nd World’s Best Restaurant at the S.Pellegrino World’s 50 Best Restaurants Awards 2015. Daniel Burns of Luksus is currently one of the hottest chefs in New York City. His resumé reads like a shortlist of the world’s finest eateries. After working at Heston Blumenthal’s The Fat Duck in the UK, Daniel spent three years running the pastry department at Noma, before moving to New York in 2010. American chef Timothy Hollingsworth, formerly of The French Laundry in Napa Valley, recently opened Otium in Los Angeles.

The legendary French-born Pierre Koffman, currently the head chef of Koffmann’s at the Berkeley Hotel in Knightsbridge, London, is one of a handful of UK-based chefs to have been awarded the coveted three Michelin stars for his former London restaurant La Tante Claire. 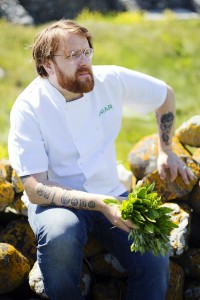 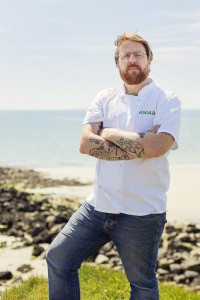 Food On The Edge Founder and Symposium Director JP McMahon said, “I am incredibly excited about the list of chefs attending this year’s Food On The Edge. It is sure to be a fascinating insight into the talent and views of some of the world’s top chefs. What will be discussed and debated is what the future of our food culture will be – what we’ll be eating, how we’ll be eating and how this shapes us as a society”.

A number of UK chefs will also be in Galway, including rising star Michael O’Hare. He is chef-patron at The Man Behind The Curtain in Leeds, which was awarded a Michelin star in October 2015. Nathan Outlaw of two Michelin-star Nathan Outlaw Restaurant in Port Isaac, Cornwall, will attend for a second year. Shaun Hill of Michelin-starred The Walnut Tree in Wales is a familiar face from TV cooking programmes. UK-based Irish chef Robin Gill is head chef and director of The Dairy in Clapham, London, which was recently voted 24th in the top 100 restaurants in UK and ranked 7th most sustainable restaurant in the UK.

One of only two Irish female chefs ever to receive a Michelin star, Danni Barry, head chef of Deane’s EIPIC in Belfast, is also on the line-up.

Food on the Edge 2016, which takes place in Galway on 24th and 25th October, is one of the most prestigious events in Ireland’s annual food calendar, with the exciting line-up continuing to build. Book your early bird ticket now at www.foodontheedge.ie. Offer closes 31st July.

Tags: Food On The EdgeFood on the Edge 2016FOTE 2016JP McMahonTheTaste.ie