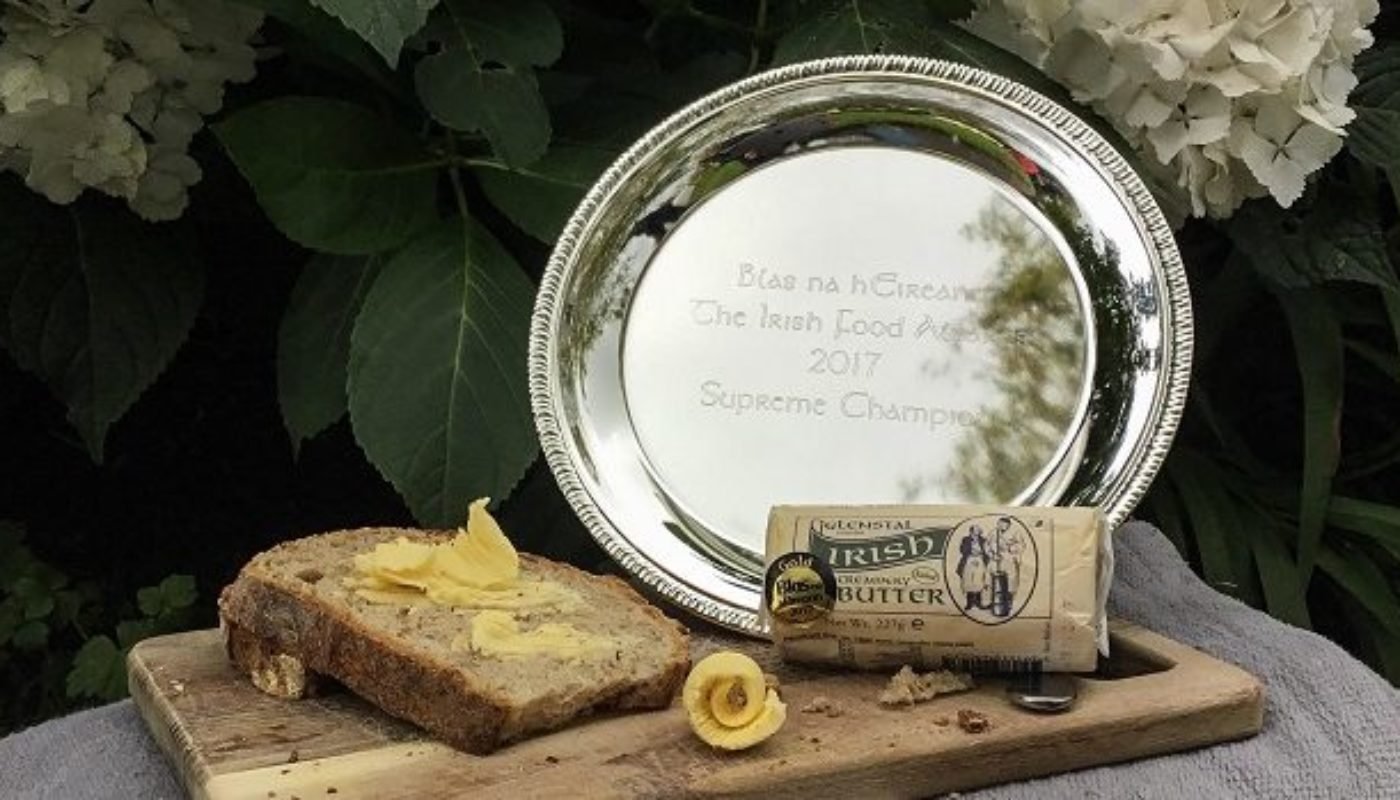 When you think of Dingle images of the rugged scenery, sandy beaches, and most likely Fungie, the long-time harbour resident, might come to mind, but during the first weekend in October the Kerry town becomes a foodie mecca, with the country’s largest blind-tasted food awards, Blas na hEireann Irish Food Awards, and the Dingle Food Festival traditionally taking place.

For the 10th Blas na hEireann Irish Food Awards Glenstal Irish Creamery Salted Butter was chosen as cream of the crop, scooping the Supreme Champion award and gaining highest score out of more than 2500 entries in this year’s competition.

Traditionally churned and wrapped in parchment paper, Glenstal Irish butter is made at Abington Rectory in Murrisk, Co. Limerick. Gareth Coleman from Glenstal Foods said they were “delighted to win. This accolade is testament to the hard work and dedication of our staff and supplier members.”

“We like to think our butter is one of the creamiest, naturally spreadable and tastiest available.”

“Consumers are returning to butter in increasing numbers. It is as close to nature as we can get. There are just two ingredients, cream and a pinch of salt. This resonates positively with today’s health conscious consumer.”

“It’s back to basics. What are we famous for? Our dairy” said Blas na hEireann Chairperson, Artie Clifford. “I know this product because I buy it. The quality is supreme. It reminds me of the butter I knew as a child.” Other big winners at the Awards were a fruit and herb infused vinegar from County Armagh, Burren Balsamics Blackberry and Thyme Vinegar, which won Best Artisan and the Best in Ulster prize.

A craft beer from an Antrim co-op won Best New Product. The Devil’s Washtub Ale is made by the Lacada Brewery in Portrush.

Head Brewer from Lacada Laurie Davies said: “we are stunned to get this award plus four more. We are a co-operative with 280 members who all bought shares. This is great recognition of all the hard work of the co-op including the many volunteers.”

Scooping the most awards was Oliver Carty Meats from Roscommon who was awarded the title Best in Connaught among a total of nine awards.

For the full list of winners and for more details visit www.irishfoodawards.com.