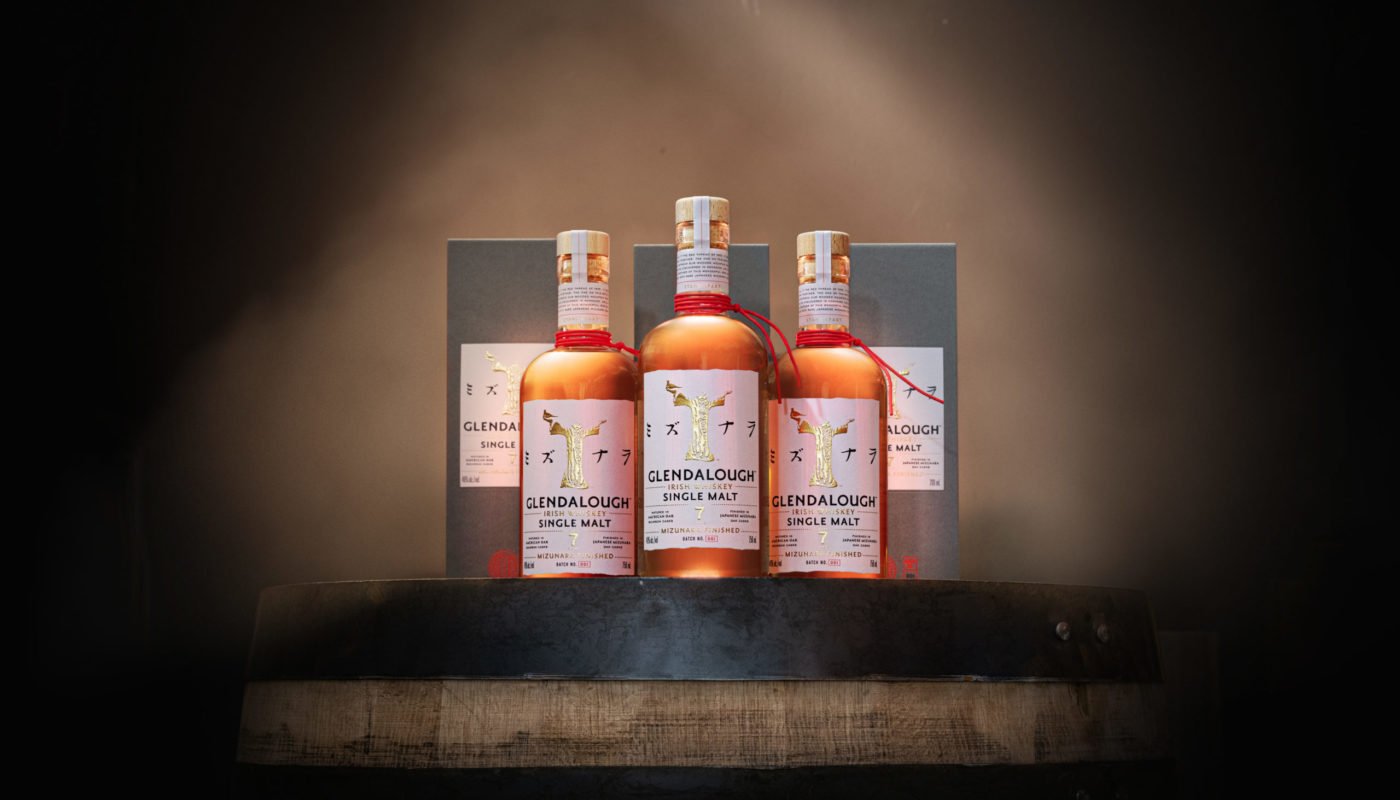 The judging panel of the San Francisco World Spirits which is the longest-running and largest global competition of its kind, remarked on the spectacular aromatics and the tasting notes of straw, fruit, honey and vanilla on the palate.

This prestigious award win comes a matter of weeks after the successful launch of Glendalough’s 7 year old single malt Mizunara finish in February of this year where a relentless search for the most flavourful oak in the world took them from their own wooded mountains in Wicklow to those in the volcanic north of Japan, Hokkaido. This is where they found Mizunara, the most sought-after oak in the whiskey world.

Mizunara is truly a labour of love. It’s hard to source, costs more than ten times your average cask and is almost impossible to cooper. The trees are prone to growing twisted and must be twice the age of most oak before they can be felled. Meaning “water oak”, it takes 3 years for Mizunara to dry before use and even then, it is so porous, it leaks more than any other cask.

But therein lies its saving grace. More whiskey gets deeper into the wood bringing more of its wonderfully exotic flavour out.

On the bottle you’ll see a little red thread – the Japanese call it the red thread of fate. This particular one represents a connection between the wooded Wicklow mountains, and those of Hokkaido. The fateful union of some of the world’s best malt (Irish!) and what they maintain is the world’s most flavourful oak.

Speaking about the prestigious win for Glendalough’s Mizunara, Enda O’Sullivan, VP, Spirits Mark Anthony Brands International said, “This award is testimony to the drive and ambition of the Glendalough team who strive for the very best in all they do. Sourcing the best oak on earth in no mean feat but while the journey was arduous, we knew that the final destination would be glorious. This triple distilled, double gold-winning, single malt is a triumph for Irish whiskey and we look forward to extending the range in the years to come. They say what’s rare is beautiful. Mizunara aged single malt is both.”

Glendalough 7-year-old Single Malt Mizunara finish is available in O’Briens (Nationwide), Celtic Whiskey Shop (Dublin), The Vineyard (Belfast), Carry Out (Killarney), Kelly’s Off Licence (Clontarf) and all good independent off licences priced at €85. For more information on Glendalough Distillery’s entire portfolio, visit their website and follow them on social @glendaloughdistillery to keep up to date with the latest news.