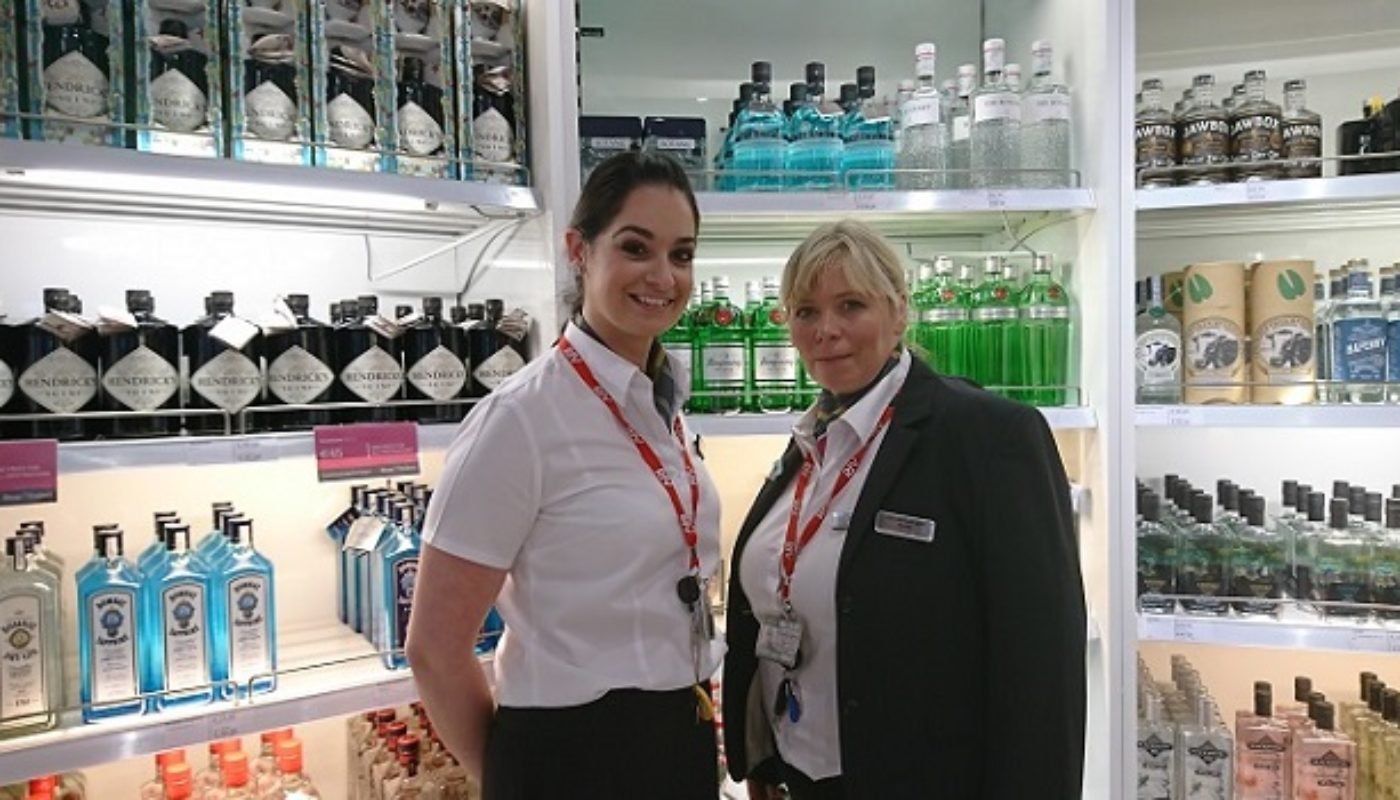 Saying that gin is having a moment is an understatement. Numerous bars and retailers take pride in their comprehensive gin selection but in a sea of choice, it’s not just about having a huge range, especially given the nature of the spirit, one of experimentation, variety and products with fascinating stories behind them.

How do you communicate this wealth of knowledge to drink enthusiasts, especially when you have their attention for a brief while? At a fast paced environment like The Loop at Dublin and Cork Airport, the challenge was addressed by focusing on the people and so they developed the Gin Ambassador Programme to not only educate staff on gin, especially Irish craft gin, but to awaken their passion for the stories behind the bottles gracing their shelves.

If you’re travelling through either of these airports, you might have seen them in action as part of The Loop’s Spirit of Gin Festival, which will take place until the end of this month, but their role goes beyond that and the eleven staff members from Dublin and two from Cork that completed the programme will have the responsibility of being the faces that introduce many people to Irish craft gin, often for the first time. In order to do that properly, they had to apply for a place in the programme (which is open to all The Loop’s staff) and sit through an exam about gin. Motivated to seize the opportunity, both Pam and Hazel agreed that the test wasn’t the easiest, but if you study and do your research, you might even enjoy it.

“It was fun,” says Hazel, “there were a few difficult questions but because I have gotten into the whole gin thing it wasn’t as tough.” After the exams, the group was trained via a very enjoyable combination of distillery visits and masterclasses.

“We’ve been to several different places, we’ve been to Drumshanbo when we were taught about Gunpowder Gin and Von Hallers”, says Pam. For Hazel, this causes a big impact because “you get to touch the product, you get to see how it’s being made and bottled, so you get an actual understanding, you meet the people who bottle it, who label it, so it’s more personal and when you’re selling it you feel it.”

From “not really a gin person” to gin aficionados

The programme has had an eye-opening effect on those who have taken part on it. Both Pam and Hazel acknowledge how it changed their perception of the spirit. “I realised I actually like gin,” says Pam, who laughs as she recalls how she used to see gin only as part of the harsh and bitter Gin & Tonics that used to be virtually the only option a few years ago.

During the training we’ve been doing we’ve discovering the amount of different tastes that are out there, it’s not harsh or bitter anymore.”

Hazel points out that the wrong tonic was also one of the reasons she wasn’t appreciating gin at its best. “Because there’s so many different botanicals they put in it, we found out tasting that there’s a gin to suit everyone.”

Regarding specific gin experiences that have stuck with them, Pam says that for her “it was Listoke”, as the distillery’s unique Gin School offered a truly immersive experience. “We actually made the gin ourselves, it was a fantastic day,” she points out that she now doesn’t just sell the gin, but that she is eager to recommend a visit to the distillery as “you can go to the gin school and it’s a fabulous day out.”

For Hazel, Mór Gin has been one of the most captivating discoveries. “The fact that it is all hand done, hand labelled, hand bottled… Everything is done at a small scale but it has such a big flavour,” she praises the quality that an operation working with such simplicity can achieve.

The “there’s a gin for each palate out there” phrase is one you hear often but how do they actually make the connection? For Pam “talking and engaging with the passengers to see what they like and they’ve tried before” is a great place to start.

Hazel adds that asking questions and offering people a taste is also important, “for some reason, gin customers are quite open,” she says, contrasting it to whiskey lovers, who might arrive to The Loop with a strong idea of what they want. But those are the one-o-ones. What really makes the difference in a luxury airport retailer like The Loop is to be able to link the gins to people’s experiences in Ireland and the passenger’s own story, where did they go, what did they experience during their time here. Pam points out that “their story is so important, if they mention they have been in Kerry you might tell them the story about Dingle Gin,” as people truly engage with what they have come to recognise and enjoy.

I find that if someone has been to an area, they’ll go ‘ah! I remember that, I had that!’ when you say to them that a gin is from there, and they love something they can recognise.”

This way, the gin’s story then becomes part of their own story, so it’s more than just taking a nice bottle abroad, it acquires meaning.

It’s actually not just a bottle, you’re telling a story about the product, and that makes a difference.”

Pam points out that they get really interested once they learn the Gin Ambassadors have actually been to the places where the gins come from and talked to the makers. She recalls her visit to the Glendalough distillery: “we went foraging, which was absolutely fantastic, it was really interesting to see how what goes into it comes from the trees and the fields nearby.”

A Glendalough gin made from the botanicals foraged by the staff is coming soon to The Loop as one of the retailer’s exclusive gins, along with Listoke Barnstorm and recently launched anti-ageing spirit CollaGin. The plan is to continue training staff. With so many gins out there and so many new additions to The Loop’s shelves, the plan is not just to train new ambassadors but to constantly improve on the expertise of the current ones.

Once the summer ends and The Spirit of Gin Festival is over, The Loop will keep working on the professional development of their staff and just as their whiskey programme is now well established, the goal is to become a reference for the quality of their gin offer and their approach to it. Bringing the programme to other airports is something they don’t rule out in the mid-term. 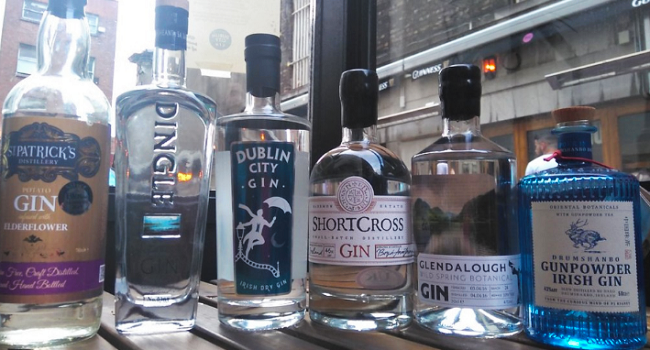 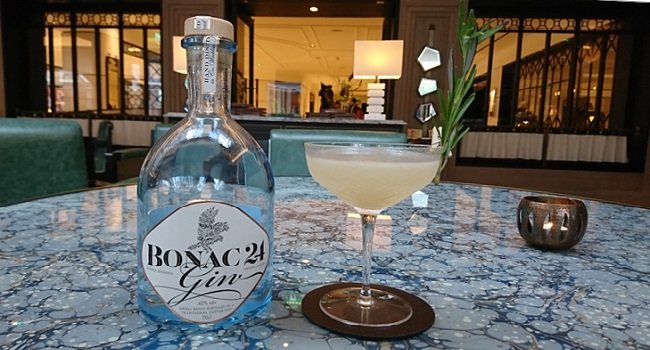 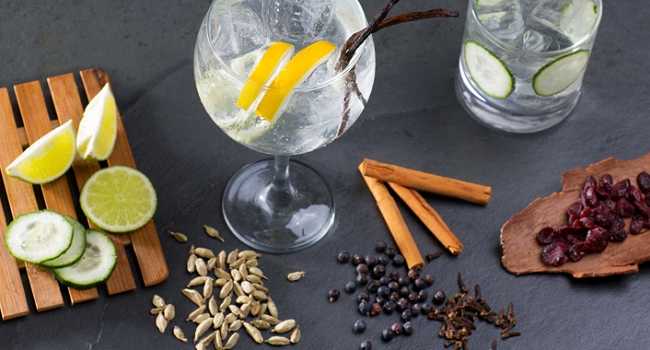 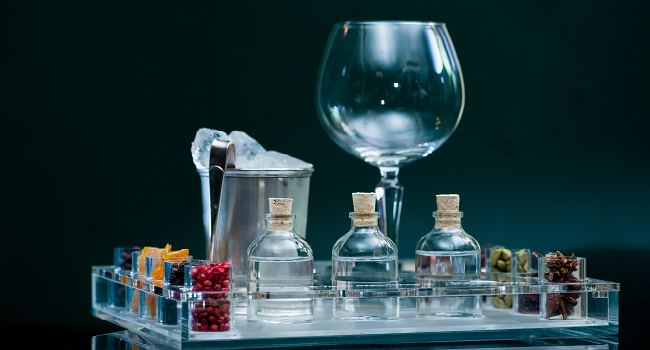