Get Ready to Crumble! ‘The Great Irish Bake Off’ returns to TV3 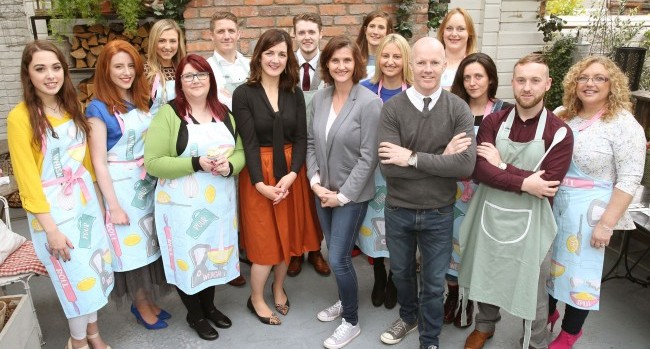 Watch The Great Irish Bake Off as 12 new determined bakers bake their way through challenges that will confuse, enlighten and certainly push their baking skills to the limit.

Following two highly successful series, The Great Irish Bake Off returns to TV3 this weekend. The highly anticipated third series will hit Irish screens this Sunday 25th October at 9pm on TV3, with 12 extremely creative bakers looking to push their skills to the limit as they battle it out to be crowned “Ireland’s Best Amateur Baker 2015”.

Presenter Anna Nolan will be back to showcase the rising talent, along with expert judges – Executive Pastry Chef at The Merrion Hotel, Paul Kelly and new face – food writer, blogger and Irish Times columnist Lilly Higgins. Returning to the famous “Bake Off” tent in Tinakilly House, Co Wicklow, this series is full of sweet surprises but the judges are more cut-throat than ever and don’t hold back when critiquing each of the aspiring, hungry bakers. 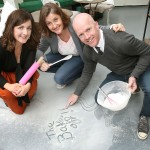 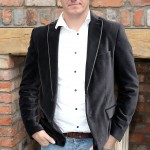 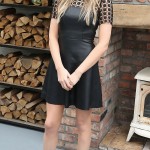 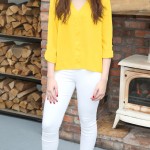 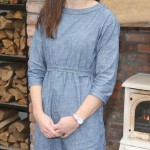 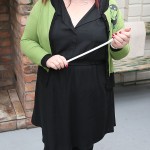 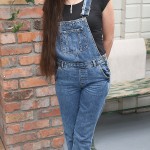 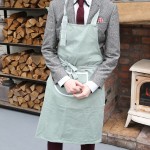 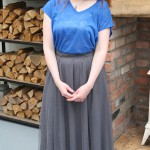 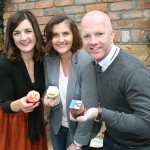 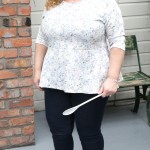 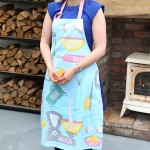 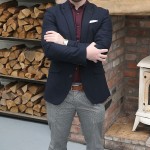 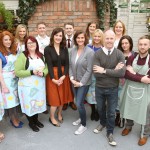 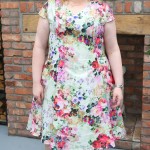 With lots more mouth-watering and delectable desserts to feast your eyes on, experience the baking triumphs and catastrophes from each passionate baking contestant. Get the whisks at the ready once again as the experts inspect, prod and sample the baked goodies and decide who gets to have their cake – and eat it!

The series premiere begins with “Dessert Week”. The 12 bakers are challenged to impress the judges with their Signature Bake and this is their first opportunity to show the judges what they are made of. Also this week, contestants are faced with a dreaded technical challenge – exotic cheesecake – where they are met with a tough test of precision, timing and presentation, only revealed to them at their workstations.

The brand new series of The Great Irish Bake Off on TV3 is proudly sponsored by Odlums.

Occupation: PhD Student in International Law – specifically around the area of nuclear weapons and trying to make sure no-one gets them!

Baking Style/Repertoire: Loves to lose herself in baking after a day working on abstract legal concepts. She has a wide and adventurous baking repertoire, always scouring the internet and books for new ideas. She loves trying challenging recipes to learn new skills. She is most experienced with biscuits, desserts and cakes, trying bakes such as macaroons, Florentines, Opera cake and pistachio dacquoise layer torte with kirsch soaked cherries. The most difficult bread she has tried is fougasse, inspired by a trip to Paris; the most difficult pie was a puff pastry pithivier and the most difficult pastries were baklava with homemade filo pastry.

Baking Style/Repertoire: James describes himself as a classical baker who likes to try out new techniques, he feels most experienced with bread; the most difficult attempted being brioche. He also feels confident with desserts, cakes and biscuits – and has tried chocolate soufflé, black forest gateau and macaroons. He feels least confident with pies, only doing these a couple of times a year and the most difficult attempted being Chicken and Mushroom Pie in Shortcrust Pastry.

Occupation: Architecture Graduate – the Masters she has just completed was an MSc in Architecture Advanced Environmental and Energy Studies.

Baking Style/Repertoire: Fíonnadh is least confident with pastries as she can be a bit hit and miss despite repeated attempts to get her puff pastry just right. Apart from that she feels very confident with biscuits, breads, cakes, desserts, pies and tarts. Her most complex examples are: macaroons, ciabatta, lemon meringue pie, croquembouche, ‘Octonauts’ chocolate marble cake and maple pecan tart. She prides herself on her shortcrust pastry.

Occupation: IT tutor- works with Progression, a youth education group. The group is aimed at early school leavers aged 15-20 and helps them get qualifications and training.

Baking Style/Repertoire: Sandra is a self-taught baker. Her speciality is cakes and cupcakes and she loves experimenting with flavours. She also loves cooking other desserts but doesn’t cook other styles as often. She makes pies sporadically and, less regularly, biscuits. She finds bread the most difficult and, although she has made attempts a few times, she says she can never get it quite right.

Occupation: Has just finished her job as Restaurant Manager in a Texan BBQ restaurant to pursue her baking career

Baking Style/Repertoire: Most comfortable baking desserts, pastries or cakes- would bake them about once every fortnight, less confident with bread or pies but overall still confident in his abilities. Bakes include, millefeiulle, lemon kiss biscuits, butter coffee cake, potato rosemary bread and baked Alaska.

Baking Style/Repertoire: Emer believes she is an excellent baker. She has less experience with decorating but has taken classes in Decobake to work on this. Biscuits, bread, desserts and cakes are her favourites, making things such as: millionaires’ shortbread, jammy dodgers, sesame flat-breads, rosemary and olive focaccia, cinnamon and raisin bagels, sourdough, molten chocolate cake with honey & walnut ice cream and a honeycomb crumb. Pastry is her least favoured part of baking – although she uses shortcrust quite often, she always buys puff pastry and hasn’t tried Danish pastries or croissants.

Occupation: Sales and Marketing for Myhome.ie and doing a Masters in Digital Marketing

Baking Style/Repertoire: Confident, experimental, scientific and adventurous with flavours and techniques. Bakes biscuits most often as they are fun and quick – Nutella stuffed chocolate chip and sea salt cookies are his favourite. He likes making hearty rustic breads e.g. cheese and bacon bread. He’s most experienced with desserts – from pavlovas to chocolate lava cakes. He has used dry ice to make ice cream and has tried ‘reverse spherification’ to make a yoghurt and mango dessert look like a poached egg. The most complex cake he’s tried was a yoghurt, pistachio and rosewater – tiny amounts of lots of ingredients. He has limited experience with tarts and he’s never baked a pie in his life. Pastry is his weakest point.

Baking Style/Repertoire: Natasha bakes everything from simple scones to more complicated French patisserie. She likes trying modern recipes and making up her own recipes. She most loves desserts and cakes – trying recipes such as Opera cake and panna cotta. She has a fair amount of experience with biscuits, breads and pies/tarts making things like tuiles, plaited challah and chocolate & custard tart. She is least confident with pastries, the hardest she’s attempted being choux.

Baking Style/Repertoire: Desserts and cakes are Clare’s strongest suit; the most difficult she’s attempted being coconut macaroon cake and a 3 tier superhero cake with four different colour sponges on each layer. The most difficult pastries she has attempted are croissants. She makes quite a bit of bread, but nothing particularly out there, e.g. brown/white bread, scones, rolls and pizza. She’s least experienced with pies.