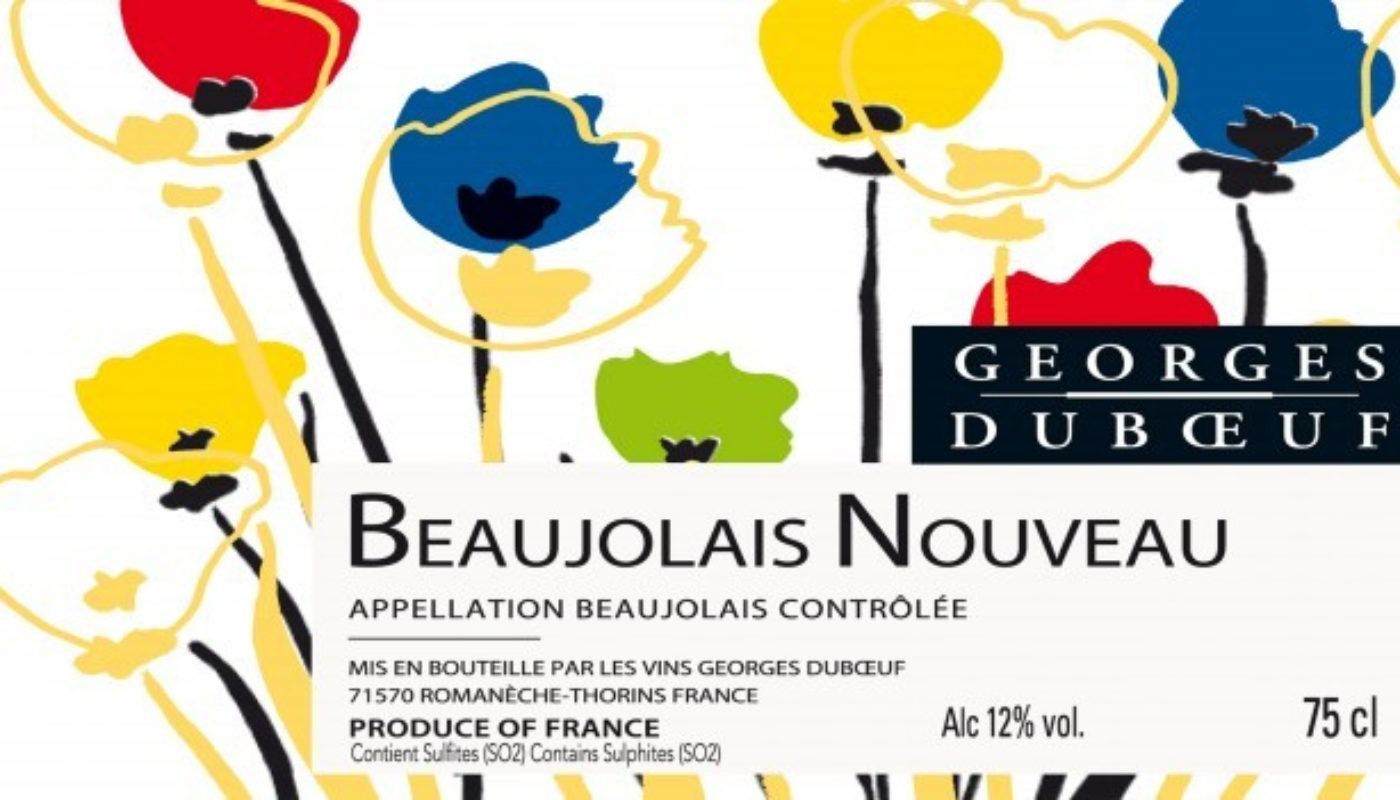 Beaujolais Nouveau enthusiasts around the world will pull the cork on 19th November 2015 to celebrate the arrival of the new vintage!

Harvest of the 2015 Beaujolais ended on 13th September having taken place during wonderful sunshine and temperatues reaching 32ᴼC. “As a result of these exceptional weather conditions, Beaujolais 2015 will go down in the history of French wine” according to Georges Duboeuf. “It’s an assault of juicy fruit flavours – strawberries, raspberries, bananas and pear drops – which come from carbonic maceration, the means by which the juice is fermented inside the grape”, he added.

As distributor for Georges Duboeuf in Ireland, Febvre will be taking its first delivery of Duboeuf Beaujolais Nouveau 2015 just in time to have it delivered to off-licences and restaurants around Ireland, in line with French law which dictates that the wine cannot be released on sale until the third Thursday in November. Duboeuf Beaujolais Nouveau 2015 is available nationwide with a RRP of €12.99.

Made from 100% Gamay grapes, which have thinner skins than most grapes, causing a lower tannin level, Beaujolais Nouveau is the most popular ‘vin de primeur’, fermented for just a few weeks and then officially released for sale. By law, Beaujolais Grapes must be harvested by hand and grown on individual, free standing vines. Beaujolais Nouveau is harvested, produced, bottled and shipped within two months. It owes its easy drinkability to a winemaking process called carbonic maceration, or whole-berry fermentation. This technique preserves the fresh, fruity quality of the wine.

Beaujolais Nouveau is known internationally as the wine of friendship and hospitality. Every year, in celebration of the harvest, Georges Duboeuf unveils another interpretation of his highly anticipated Beaujolais Nouveau. Known for its colourful presentation, Duboeuf’s 2015 Nouveau label, specially designed by French artist Alain Vavro, is vibrant and avant-garde offering definite celebratory appeal!

Beaujolais Nouveau should be drunk young and served slightly chilled to make it even more refreshing and fruit forward. Pair a glass with a range of foods from fish and hearty salads, with holiday favourites such as turkey and ham, with charcuterie or goats cheese salad.