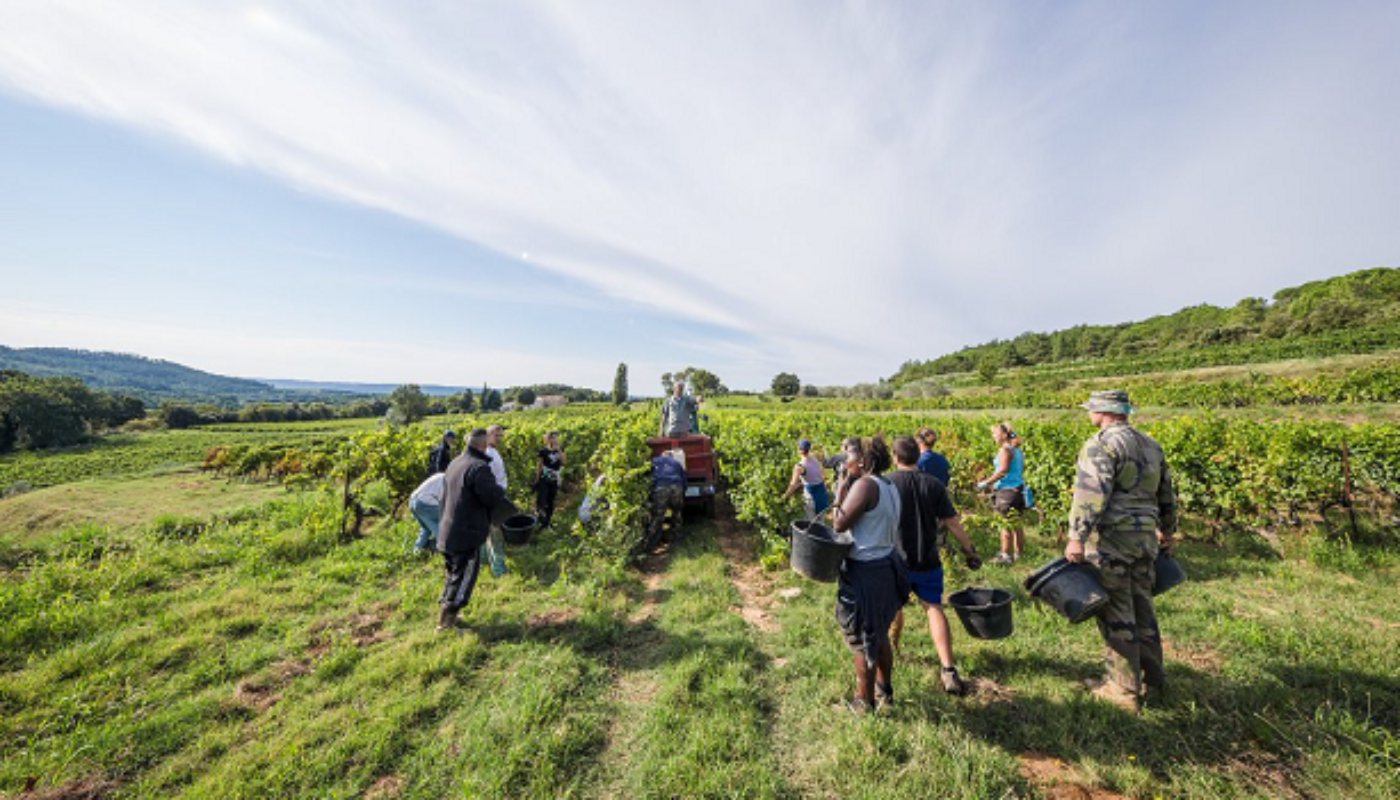 Home » Game of Rhones – Brace Yourselves, Great Wines are Coming

Game of Rhones – Brace Yourselves, Great Wines are Coming

Each time we are presented with two options, as if they were the only possible and mutually exclusive alternatives to a question when they’re actually not, we’re in front of a false dichotomy.

Dog person or cat person? Some people are mad about their guinea pigs. Elvis or The Beatles? Aerosmith for yours truly please. Bordeaux or Burgundy? These are not the only regions for top French wine but the narrative on many wine lover’s palates often follows that rhetoric.

The Rhone Valley is a solid third option; just as France’s two queen “Bees”, it’s surrounded by goodness and sprinkled by greatness. Located between the Mediterranean and Northern Europe, it’s also subject to a fake dilemma: Syrah or Grenache?

While these are the varieties dominating the Northern side and the Southern side of the greater Rhone region respectively, they’re far from the only alternatives: there are 15 red and 12 white varieties for winemakers to play with (although in fairness, the aforementioned along with Viognier, are the most common).

King in the North

The Northern Rhone ranges from the southeastern French communes of Vienne to Valence, on both sides of the Rhone river. Syrah is the main variety, accompanied by white grapes Viognier, Marsanne and Roussanne. The region’s history can be traced back to the first century AD, as winemaking went up river from Marseille, where grapes were planted as early as in the fourth century BC.

We spoke with Patrick Rigulet, sales director of Ferraton Pere et Fills, a domaine owned by Michel Chapoutier and converted to biodynamic practices. According to Jancis Robinson, Chapoutier is, along with Marcel Guigal of Côte Rôtie and Hermitage specialist Paul Jaboulet Aîné, one of the Northern Rhone’s biggest producers.

Patrick points out that the region’s biggest challenge is to get across its extraordinary diversity, despite the fact that producers work mostly with one grape variety, Syrah. Ferraton Pere et Fills owns vineyards in several Rhone appellations (both North and South) and it has a presence in three of the north’s most highly regarded regions: Hermitage, Saint-Joseph and Côte-Rôtie.

While he acknowledges that biodynamic practices are not that common in the region, he points out that organic viticulture is widely practised in the Rhone Valley compared to other regions. This is due in part to the Mistral wind, cold and often unforgiving, capable to erode soils and tear off roofs, but thanks exactly to that, instrumental in keeping the vines free of disease without the need of major intervention.

For Patrick, Rhone’s biggest strength is the value it offers to wine lovers, specially compared to France’s premium duet.

Emma Tyrrell from Tyrrell & Company Wine Importers, is a passionate Rhone Valley enthusiast as well. She considers Rhone to be “the most diverse wine region in France, if not the world.” While she mentions that north and south are different enough to be completely separate regions, there’s a shared trait in the valley that she cherishes: “It doesn’t have the snobbery associated with many wine-producing areas. The winemakers for the most part call themselves farmers and have a very keen sense of their connection with the land.” Since she and her husband Simon set up their business back in 2003, they decided to give a special focus to Rhone wines. Another point she makes about the region is how well Rhone wines pair with Irish cuisine.

These are wines that are very suited to traditional Irish cuisines – with our roasts and hearty stews – the reds in particular seem made for our climate.”

She adds that just as there’s a Rhone for every palate, there’s also a good bottle “to suit every pocket – from Chateauneuf du Papes to Cote-Roties then the more humble Cotes du Rhone.” Getting perhaps a bit poetic, she shares an unexpected connection between Rhone and Ireland…

I also love the idea that Saint Patrick travelled through the Rhone and it is claimed by some that he brought Syrah to the region. I like to think that he did this on his way to Ireland, in fact, I like to think of him as the father of all Irish wine importers!” The Southern Rhone is located between Montélimar and Avignon. This is the region from where the large majority of Rhone wine comes from, a prominent 95% of the total volume to be precise. Closer to the Mediterranean, the extra warmth translates in riper fruit and therefore higher alcohol than in the northern sister.

Down here, Grenache sits on the throne, often accompanied by Mourvèdre and Syrah. In Châteauneuf-du-Pape, the area’s most famous appellation, both reds and white wines are produced, often by blending a handful of authorised varieties and, in the case of the reds, only with some exceptions, allowing Grenache to take the spotlight. They work mainly with Grenache in the 27 hectare estate with an average vineyard age of 50 years. It is divided into two homogeneous plots: 12 hectares in the “Reves” area and 15 hectares in the “Sénéchaux district”.

The good works to rejuvenate the estate were initiated by entrepreneur Pascal Roux in the early 90’s, but the serious qualitative impulse has, since 2006, been provided by Jean Michel Cazes and his son Jean Charles.

Regarding the region in general, Florent notes how “with 3,000 hectares of vineyard, Chateauneuf-du-Pape is the largest Rhone appellation” and he points out that thanks to the way consumers are able to recognise it, retailers look at it as “a high ticket item almost guaranteed to sell, so it is important to know the region and read the label.”

He adds that “entry level” Chateauneuf-du-Pape can affect this identity, “but looking at the leading producers, it is very significant to see that the ongoing generation increases bottling au domaine, and the negociant are doing great jobs with their selection.”

Regarding what to expect from recent vintages in the appellation, he highlights 2017, 2009, 2010 and 2015 among the finest in the last decade. From these, 2010 was “even better than the almost perfect 2009. Full bodied, intense, ripe tannins, powerful, opulent and with great ageing potential.” An intense and powerful example of what oenophiles have come to known and love from this appellation. Generous in aromas of ripe red cherries and cranberries combined with the warmth of sweet spices  both in the nose and palate.

Its tannins are a bear hug and its acidity stands up to its hefty ABV and big body. A remarkable display of restraint and elegance, this Syrah is the reason why Northern Rhone reds deserve love. Dark ruby in colour and with a concentrated combination of ripe black berries, toast, cedar, cloves, white pepper and dried lavender.

Strong tannins and a long finish. A serious wine that will benefit from a handful of hours in the decanter. A pleasant and vibrant side of the Northern Rhone. This appellation is regarded as a less complex region compared to its prestigious neighbour Hermitage but while it might not reach its heights, it offers tasteful and approachable wines at an equally friendly value.

Expect juicy cherries and ripe cranberries delivered by a lean body with low tannins. Fruity, bright and juicy, the summery profile is complemented by a mild touch of pepper both white and black. It’s a great getaway red for white wine drinkers.

Grenache sings and Syrah plays the guitar in this harmonious blend from the Southern Rhone. Fruity and with moderate acidity, this rosé is a happy middle ground between the bubble gummy and the barely blush.

Ripe raspberries, strawberries and pink grapefruits pop up for a refreshing taste. It is one to have at hand when cooking prawns or crab dishes.

Precise and floral, it’s a light lime gold white wine that shies away from the obvious and regales you with white peaches, elderflowers and jasmine. On the palate, a mild acidity and flavours of ripe lemons and pear are complemented by a delicate hint of minerality.

This fruity southerner is a cheap and cheerful specimen that surpasses expectations. Blatantly fruity and with medium tannins, this Grenache dominated blend is as easy on the palate as it is on one’s wallet.

Flavours of ripe blackberries and red currants with a dainty herbal touch combine and echoed the wine’s aromas.

Sometimes You Can’t Make it On Your Rhône 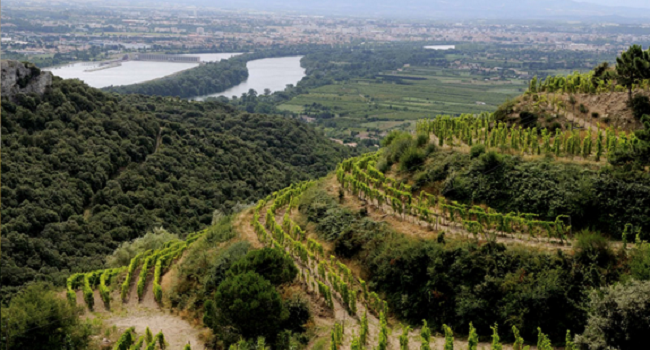 There’s no Place Like Rhône: Discover the Wines of the Rhône Valley 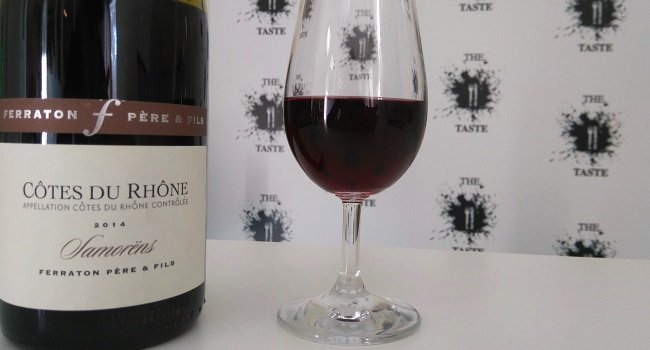