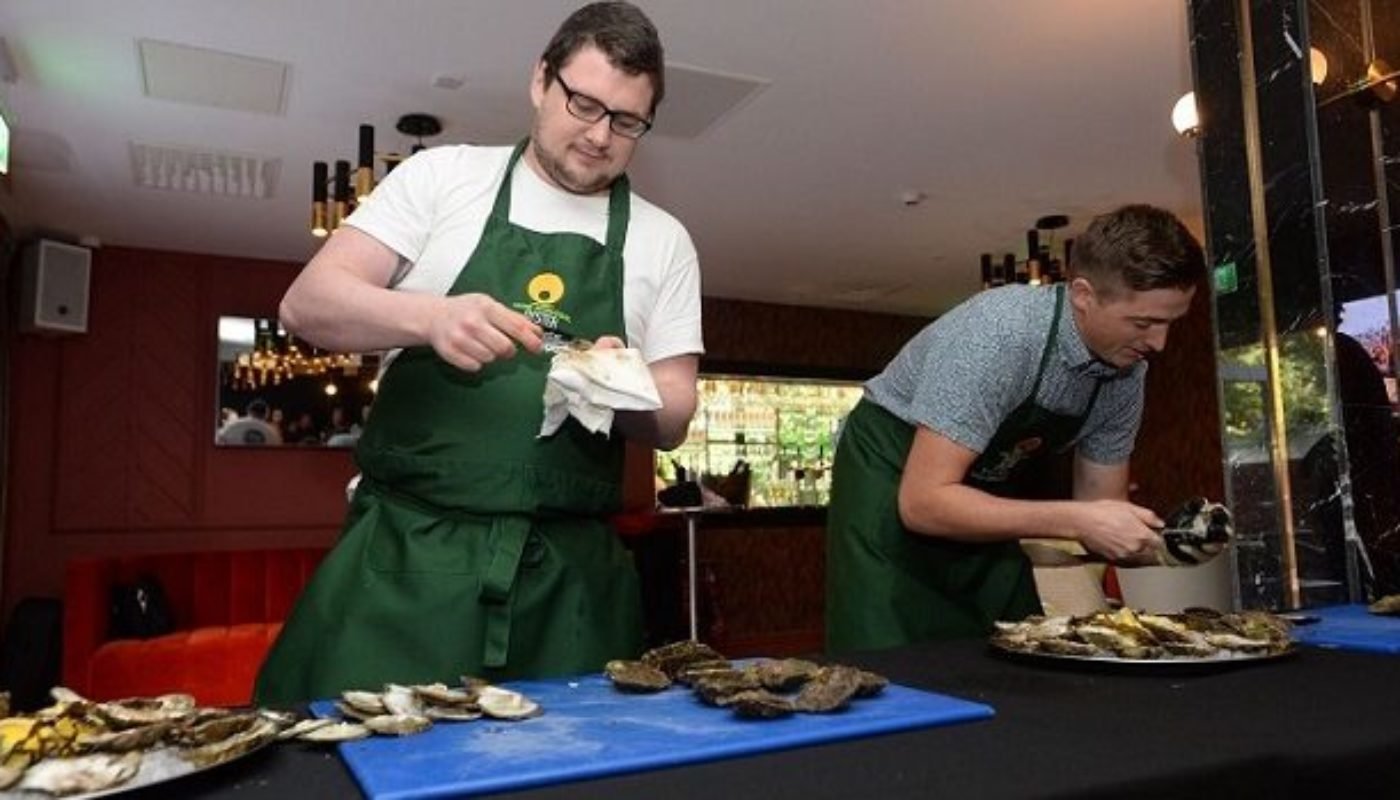 Galway’s leading chefs all showcase the Irish native oyster on their menus and these authentic Irish delicacies are coveted everywhere from the bistros and brasseries of Paris, all the way to China. Pair these jewels of the sea with brown bread, butter and a pint of stout for a truly unforgettable Irish food experience.

Visitors from all over the world make the journey to this action-packed 3-day event, along the Wild Atlantic Way to celebrate Ireland’s native oysters. This year’s Galway International Oyster & Seafood Festival kicks off with the annual National Oyster Opening Champtionships, which is an event that should not be missed! Following day one of the festival, there is an opening night party on Friday September 28th, where visitors can get to know each other and bond over their mutual love of oysters.

Saturday 29th September has the unmissable World Oyster Opening Championships. This event will be held down on Nimmo’s Pier, where the contenders will battle it out to take the baton from Estonia’s Anti Lepik, who was crowned 2017 champion.

Speaking about the festival, Michael Moran, Irish Champion, European Champion and World Champion oyster opener, said: “The Galway festival is all about the oysters, the competition and the part. It is a celebration of the native (Galway flat) oyster which comes into season from September. For the competition, it is important to strike a balance between speed and presentation. Representing your country is always a proud moment but doing so at the World Oyster Opening Championships is very special.”

Saturday evening hosts another worthwhile event, the Masquarade Mardi Gras. Guests can dress up and enjoy oysters and bubbles, followed by starters in different venues around the city, then parading carnival style to the final venue for dinner, dessert and dancing. Maria Moynihan Lee, producer of the Galway International Oyster & Seafood Festival, said: “In recent years, our iconic event has had accolades from the international food and travel media.”

So come out of your shell and join the oldest food festival in Ireland. Tickets for all events are available at the Festival Box Office galwayoysterfestival.com