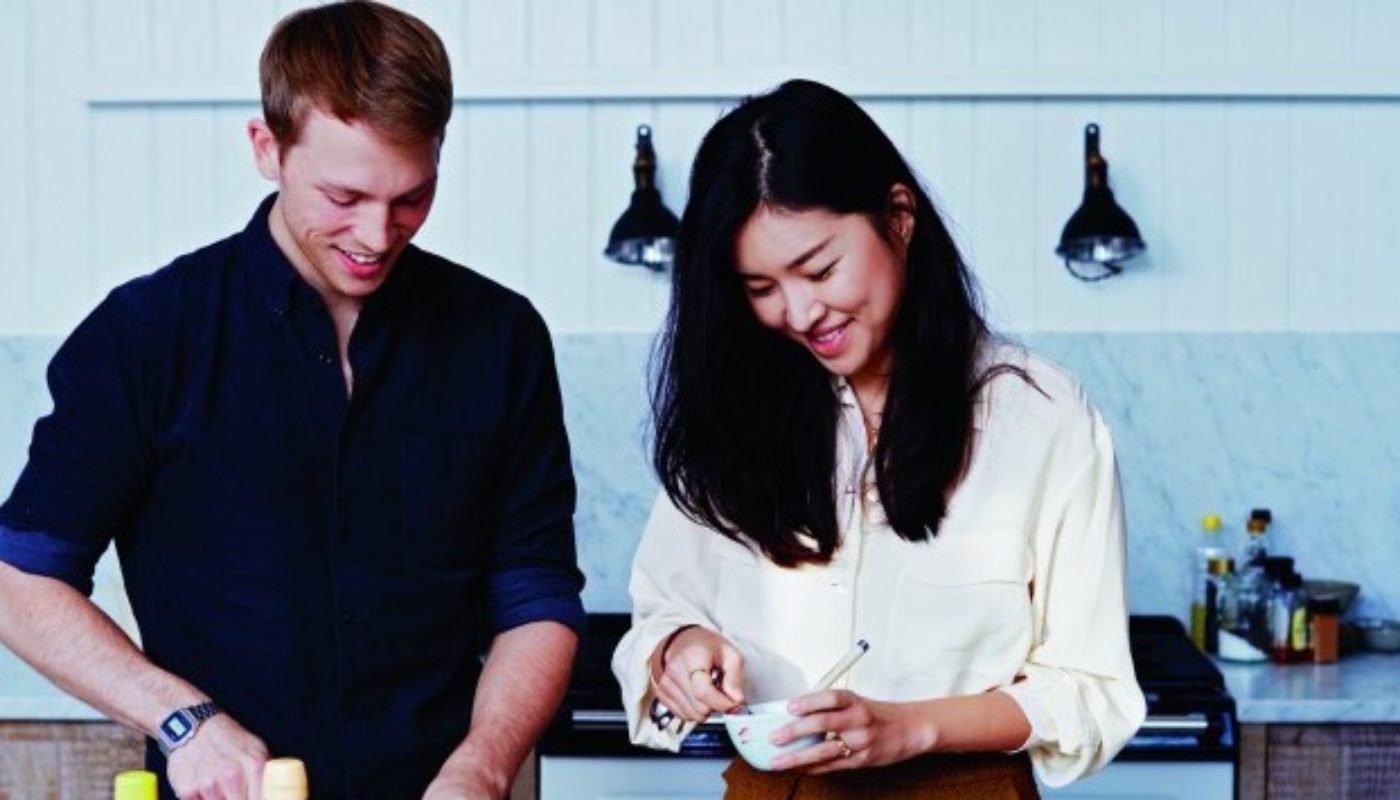 Home » From Dublin to Korea – An Interview with Jordan Bourke

From Dublin to Korea – An Interview with Jordan Bourke

When I first met Jordan Bourke he was deeply engaged in conversation with the chefs at Ballymaloe Cookery School about the state of his Korean fermented cabbage, Kimchi, before his demonstration that evening. Once a student here, Jordan was very familiar with the kitchens but whether or not he ever expected to be the one giving the demonstrations, he certainly might not have expected it to be as a health-guru and Korean food expert. Though, after chatting to the chef, food writer and stylist I learnt that after a diverse journey in food, from Dun Laoighre to Seoul via London and Cork, those titles are well deserved.

Growing up in Ireland Jordan says that cooking was always a big part of his life in a way that he didn’t even realise until later, “My mom was a very natural relaxed cook, we’d be doing our homework at the kitchen table while she’d be cooking away and almost by osmosis you’d just take in what she was doing”. While most who grew up in the eighties will recall the classic Irish ‘meat and two veg’ dinners, Jordan’s childhood culinary memories include his mother’s Thai and Japanese dishes as well Mediterranean influences from Spanish Au Pairs.

While his studies set him up for a career in TV and film production, he somehow found himself enrolling in twelve week cookery course at Ballymaloe. Jordan concedes that “often the stuff that is staring you in the face, the stuff that comes naturally, it doesn’t dawn on you initially that that could be your vocation in life”. At Ballymaloe Jordan’s talents didn’t go unnoticed, and when visiting chef Skye Gyngell, who guided London restaurant Petersham Nurseries to a Michelin Star, offered him a job his career path veered firmly in the direction of food. “I went in for two weeks work experience and stayed for three years” says Jordan.

Jordan also began to work as private chef for clients of his sister Jessica, who works as as a Nutritional Therapist, most of whom were on a sugar, wheat and dairy free diet, and his ability to make healthy dishes sing with flavour was what first sparked publisher’s interest, “I cooked at a dinner party and there was publisher there, she was blown away by it”. Drawing upon their experiences in food and nutrition, Jordan and Jessica created The Guilt-Free Gourmet, sharing their recipes with natural alternatives to sugar, wheat and dairy. While today every chef and blogger has a healthy eating cookbook to their name, when the book came out in 2012 Jordan was ahead of the curve. Combining his professional skills and interest in nutrition Jordan created a unique style, “at Ballymaloe and Petersham there was obviously a lot of sugar, wheat and dairy, but it was taking that classical training and converting it into the way I wanted to do things”. His second book The Natural Food Kitchen cemented his status as the trendsetting healthy chef.

However, Jordan had been eating and cooking using natural alternatives since his late teens, learning from Jessica the importance of being conscious of how your own body is responding to different foods, “you have to be able to trust your own body. For example, not everyone in Ireland was going to feel fantastic eating dairy, which is something we take as a given because our dairy produce is so good”. Taking a balanced and refreshing approach to healthy eating though Jordan says “I would never rule any food out completely and I think it’s so important for anyone interested in food to be able to taste foods from different countries”.

Jordan met his now wife Rejina, an award winning Korean born fashion designer, in 2007 and since then he has been on a journey with Korean food, picking up awards, acclaim and incredible experience along the way. He was named the winner of the K-Food Festival, a competition searching for the UK’s best Korean chef, and was awarded an honorary ambassadorship by the Korean Foreign Ministry to promote Korean food in the UK. “My Korean family were so proud, and surprised, what the hell is this blonde Irish boy doing cooking Korean food” he laughs.

Far from take away from it, Jordan’s love affair with Korean food has enhanced and aligned with his healthy eating ethos. A cuisine that naturally omits wheat and dairy, Jordan explains the healthy balance of Korean food culture; “There is meat and there is fish, but when it’s eaten at the table it’s not the main event. You are not having one massive lump of steak and if you are lucky a carrot. There is some rice, soup, bits of meat and fish and a number of side dishes”. Laughing he recalls that when Rejina’s family visited Ireland after a few days of eating in traditional Irish/French restaurants they pleaded to be taken to an Asian restaurant, “they loved the food but it was just so rich and heavy to them”. “It’s not for no reason that they are one of the healthiest races on the planet” he adds.

With this in mind, his latest book Our Korean Kitchen seemed like a natural choice for Jordan. As did the choice of co-author, Rejina. “I wanted it to be authoritative. We both bring two different elements to it, while I am the chef she has grown up there. She has the anecdotes, the story” says Jordan. The book took the pair two years to write, “we spent months in Korea at a time, going to different regions. I would do stagières in restaurants while ‘Jina worked (on her clothing line). We would then team up and write together, writing in the most traditional but accessible way possible”.

At their home in London Jordan does most of the cooking, but with two masters of Korean food in the kitchen, however, who reigns supreme? Jordan asserts that while “at the beginning she taught me everything, but because of working in restaurants in Korea there would be certain things that I would know about now that she probably wouldn’t know”. However, despite his awards, acclaim and chef status he is careful not to overstate his abilities. “Her palate is obviously native, so I am always learning from her. She has had a whole lifetime there so you have to respect that” he concedes. He is wise then not to bite the hand, that in this case literally, feeds him.