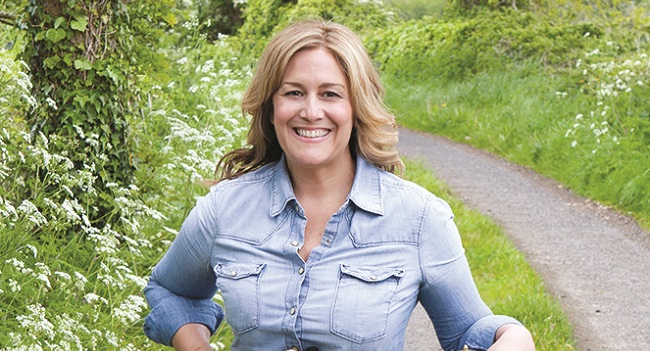 Imen McDonnell is the definition of brave. From a successful production career in America, Imen uprooted her whole life across an ocean for the love of an Irish farmer. Her gamble paid off as she now resides with husband Richard and son Geoffrey on the McDonnell family farm in Dunboylan, Co. Limerick.

Imen started blogging in 2009 to connect with other farming women and to have a creative outlet. It started as a diary of sorts I Married an Irish Farmer which turned into a weekly column in Irish Country Living and then became Farmette. Imen’s blog is devoted to her life on the farm and her passion for food. Her stories and recipes have now been collected in Imen’s first book The Farmette Cookbook: Recipes and Adventures from My Life on an Irish Farm. In the book Imen reveals how hard it was to adapt to life in Ireland.

I’m not going to sugar coat it, it took a while. I moved here with the intention of keeping my job but it didn’t work out so that was a huge change in itself for me. I was young and on an exciting career trajectory which was more important to me than I realized. I also underestimated how different life would be in Ireland. We speak the same language, but culturally Ireland is very different than America.

After initially living in Adare to transition from urban living, Imen and Richard moved to the family farm where she made a conscious decision to embrace the community and the farm culture. She wanted to contribute to the farm and so Imen developed a plot for herself which she calls her farmette. “I wasn’t really immersed in Irish culture until we moved to the farm. Once I started cooking, baking, farming and GIY’ing, along with exploring other farmers and food artisans, I really began to understand Ireland better and that’s when I started feeling more at home. Food saved me!” 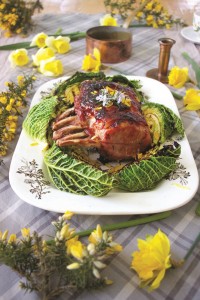 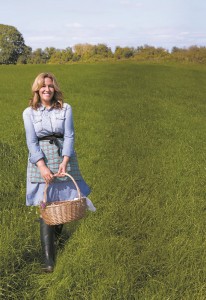 Imen found a community of fellow foodies and producers which helped her find her place in rural Irish living. It’s important to her that she strikes a balance between American city life and the Irish countryside. “I love that I got off the plane from NYC last week, drove to the farm and spent a very quiet afternoon in the garden, sowing spring seeds with my son and breathing in the fresh, clear, country air! Truly Zen.”

Her frequent return visits to the States means she gets to experience the things she misses most, her family, friends and the never ending American optimism. When it comes to missing American food, it seems Imen has a nostalgic fondness for some odd items. “I have a lot of super weird cravings for foods that I probably wouldn’t touch if I lived in the USA full time! For instance, I just ordered a box of Cream of Wheat from Amazon. It’s a hot cereal that I had as a child, bit of a comfort food I suppose.”

Her trips to America also give her the chance to eat in some of her favourite restaurants. Although she is a big fan of Irish restaurants (La Cucina, Canteen, Curragower, The Mustard Seed, The Tannery, LOAM, Aniar, KAI – she names a lot more!) Imen’s favourite meal was on a recent visit to Dan Barber’s Blue Hill at Stone Barns in New York. “We spent an evening there recently and it just blew my mind. The menu is strictly based on what is fresh and available on their farm that day/season. The food is organic and all incredibly inventive. Every single dish was a taste sensation.” 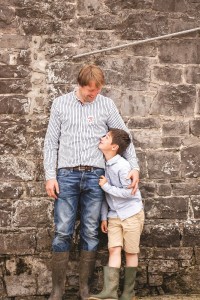 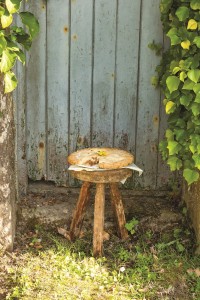 When it comes to home cooking, Imen operates under a similar philosophy. Her family love to come together at the end of a long day on the farm over a simple meal created from vegetables and things taken from her garden. That’s not to say Imen doesn’t enjoy a treat occasionally, “Right now there are four bottles of really good champagne in our fridge! My guilty pleasure is probably a big fat slice of cake or a packet of milk duds poured into salted, buttered popcorn at the cinema.”

By encouraging the concept of growing what you eat, Imen has inspired her son Geoffrey who is becoming a bigger foodie than her. “He will eat virtually anything, loves to cook and bake and he says he wants to be a ‘farmer chef’ when he grows up. He always orders the most obscure menu items when we have the opportunity to eat in nice restaurants… he loves things like sea urchin and grilled octopus, pretty adventurous for a 10 year old!”

Meals in Dunmoylan are truly a family affair as the McDonnells live intergenerationally on the farm. Richard’s father Michael lives in the original farmhouse and his brother David lives across the road in an old presbytery. Imen loves being able to spend so much time with her family but admits it took a while for her to adapt to the lifestyle. Her farmette is vital to her in the sense that it gives her an independent space but it is also important to Imen that she continues to work in creative production. One of those projects that is dear to Imen is Lens & Larder, a series of retreats where groups of food and photography enthusiasts gather in spectacular locations across Ireland to cook and style food and produce their own photos.

Lens & Larder started in my mind as a way for me to produce again, to bring creative people together and make something special visually. I had longed to take a course in food photography and styling like this myself, but didn’t have the means or available time with the farm to travel outside of Ireland.

Imen had done some work with Cliodhna Prendergast on her Breaking Eggs films and together they created Lens & Larder to fill that niche here. The first retreat took place in Ballynahinch Castle and since then they have held two more successful retreats and worked with the likes of Beth Kirby, Susan Spungen, Gentl & Hyers and Marte Marie Forsberg. The next retreat is Market & Gather at Ballyvolane House in April with Saveur Magazine’s Best Food Blog Photographer 2015, Renée Kemps. 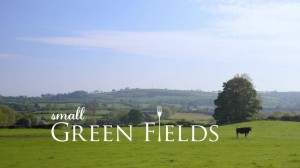 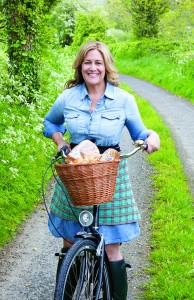 Another project that combined Imen’s production skills and her love for food was a short promotional video about food in Ireland called Small Green Fields. “It was actually meant to be a pilot or teaser to use as a pitch for a series or feature film, but then the literary agent came calling and my book took precedence.”

The film was shown on Aer Lingus flights during the summer of 2014 and it reached the finals in an American food film festival. It features interviews with some of Ireland’s food producers and delves into Ireland’s food culture. Imen says it is so important to cherish our heritage and protect it.

I must admit, you really can taste what field the cows were grazing in in a crock of homemade butter, as Myrtle Allen once said. I have experienced this myself and it is profound! We must work to protect Ireland’s food sovereignty. We live in a country that has some of the best natural resources on the planet earth and our livestock and produce is extraordinary because of those resources. So we must nurture and protect what we have and not fall prey to big agri-business and GMOs.

Imen’s strong beliefs about protecting our food culture grew out of her immersion in it. She believes everything happens for a reason. “Before I moved to Ireland I loved food but I really did not fully understand how important it was to know where your food is sourced and I never grew/reared my own food. I never, ever imagined food being so central in my life, but I am glad that it is.” 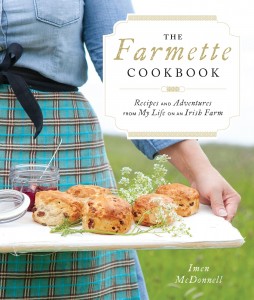 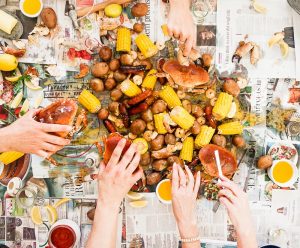 Imen wants to share her experiences in the hope that it will inspire more people to get involved in growing their own food, find out where their food is coming from and learn some traditional Irish skills. The Farmette Cookbook: Recipes and Adventures from My Life on an Irish Farm contains some of Imen’s own recipes and some that she has gathered along her food journey but it wasn’t always going to focus on recipes. “When I was first approached to write the book, it was going to be more stories than recipes, but over time I began developing more recipes and my agent thought it would be better to pitch my proposal as a fully illustrated (photographed) cookbook. I wrote and photographed the book over a year’s time and my friend Sonia Mulford Chaverri came from the USA to help me style it.”

Quite democratically, Imen says she loves all the recipes in the book but admits that the Rich Buttermilk Chocolate Cake and Best Brown Bread are very popular. Her American roots are easy to spot in the book which is packed full of traditional Irish dishes. Her take on a Mile-High Banoffee Pie, Snickerdoodle Griddle Scones and Farmer Cheese Wild Garlic Tamales display a sort of American-Irish fusion that is her signature. Imen even hosted international book launches in New York and London.

The future for Imen will contain a lot of food and some more production work although she will keep working away on her farmette in Dunmoylan. She will also keep supporting Ireland’s food culture and promoting our producers and resources. “Irish food has come a long way since I moved here ten years ago, as long as we protect our natural resources, the future is bright!”