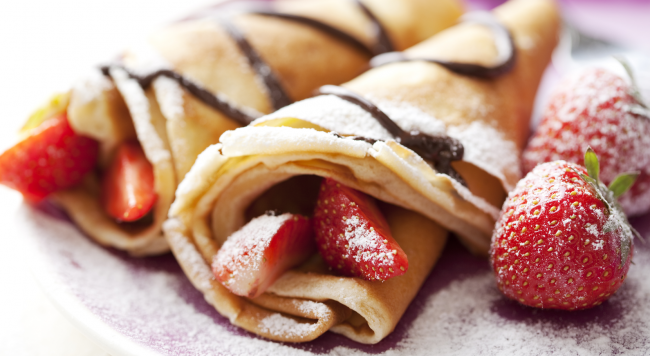 This year, Gino’s Gelato is celebrating Pancake Tuesday by giving away free pancakes to customers between 9am-12pm.

These scrumptious lemon and sugar crêpes are free from Gino’s this morning, making your pancake Tuesday extra delicious.

The gelato specialists offer an extensive range of crêpes from the traditional to the extraordinary, with favorites including Gino’s Chocolate Oreo Crêpe and Gino’s Special or the Traditional Lemon, Butter and Sugar. So, what’s the difference between pancakes and crepes? The main difference is that pancake batter has a raising agent in it, such as baking powder or baking soda, and crepe batter doesn’t. This means that pancakes are thicker and fluffy while crêpes are thin and flat.

Gino’s Gelato has 15 locations nationwide, including Galway, Waterford, Arklow and Newbridge, as well as 11 stores across Dublin and two UK outlets in Chester and Manchester. You can nab a free crêpe in all stores offering a crêpe service (Note: Gino’s Jervis and Gino’s in Liffey Valley do not offer crêpes). It’s recommended you arrive early to avoid disappointment.