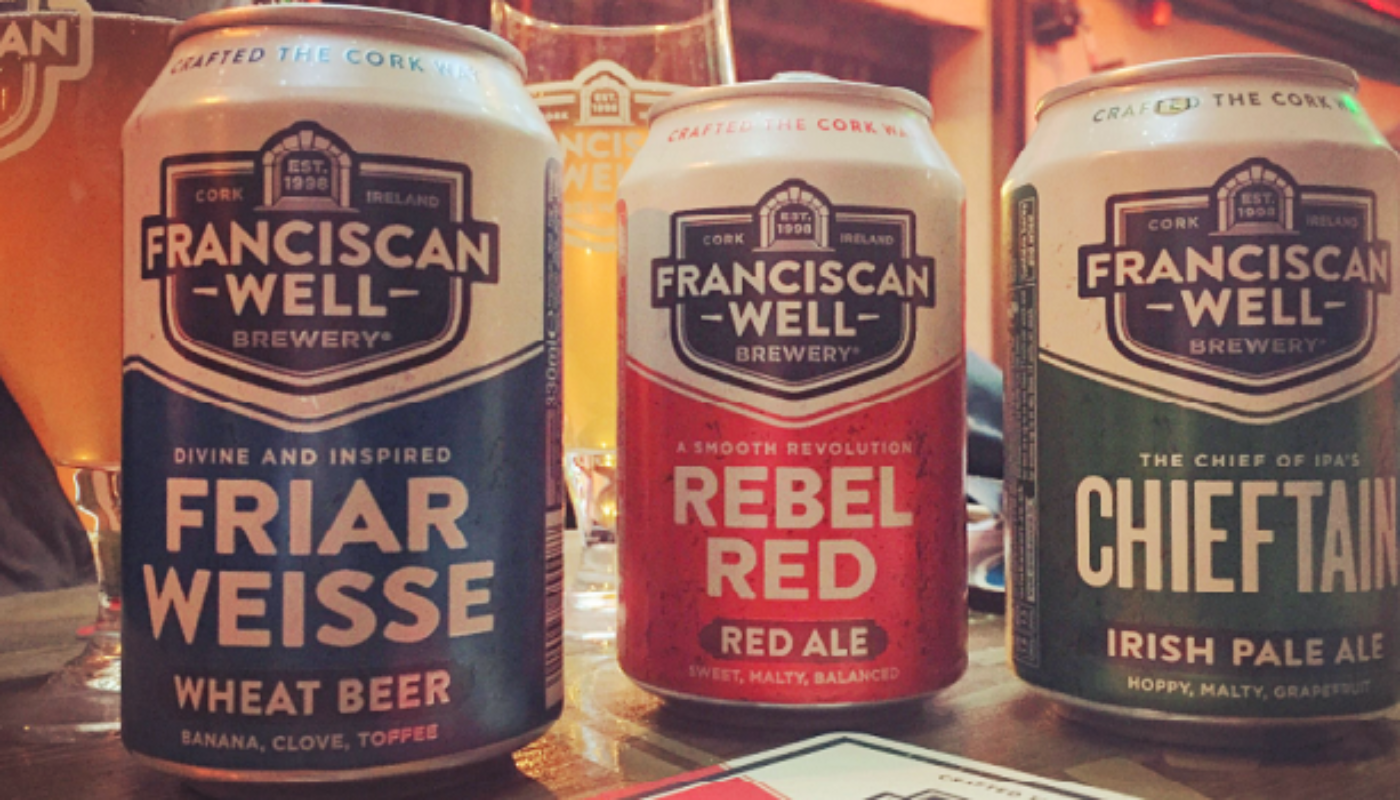 Leading Irish Craft Beer brewer Franciscan Well launched its canned beer range yesterday 21st of September at Camden Exchange. Now craft beer lovers will be able to enjoy Franciscan Well Rebel Red, Friar Weisse and Chieftain IPA in 330ml cans for the first time since the company was founded 18 years ago. The cans are currently available in retailers and off-licences across Ireland, with selected bars also stocking the products.

Aware of a rising demand for craft beer in a canned format, founder of Franciscan Well, Shane Long, has welcomed the innovation. Commenting on the launch, he said: “Taste and quality are among our core beliefs and we always prioritise ways to ensure that these core traits are present in the beer we create. The decision to move to a canned format reflects the growing trend internationally, whereby more and more craft beers are sold in 330ml can format.”

He points out that the trend is prevalent in the U.S. and is “confident this will be the case as we roll out craft in a can for beer-lovers here in Ireland.”

At the Dublin launch, attendees were able to enjoy the full range in an evening filled with great energy, optimism and live music by Irish artist and producer Daithí. The experience was shared on social media with the hashtag #OurCraftCanned.

About the Canned Craft Beer Range

All brewing and canning will take place at Franciscan Well’s new brewery in Cork City. The brewery opened last year, allowing for operational growth and further expansion for Ireland’s leading craft beer brand, while staying true to Franciscan Well’s proud history and identity as one of Ireland and Cork’s favourite craft beers. The nearby North Mall brew-pub and home of Franciscan Well will be used an innovation centre, while remaining a popular destination for tourists and locals alike.

This decision from the award-winning Cork Brewery is in keeping with internationally recognized best practice for freshness and taste, with cans providing superior product packaging quality and recyclability, as well as a convenient format for enjoying at home.

In addition to the launch of its all new canned beer offering, Franciscan Well has also introduced a newly redesigned brand logo.

“The new logo more clearly reflects the provenance of the brand and its roots in Cork. The new identity and logo retains the strength of the previous logo, while emphasizing that this is very firmly an Irish beer which was established in Cork and which is still brewed there. We believe that the heritage of Franciscan Well is extremely important and it is something we are very proud of” said Shane.