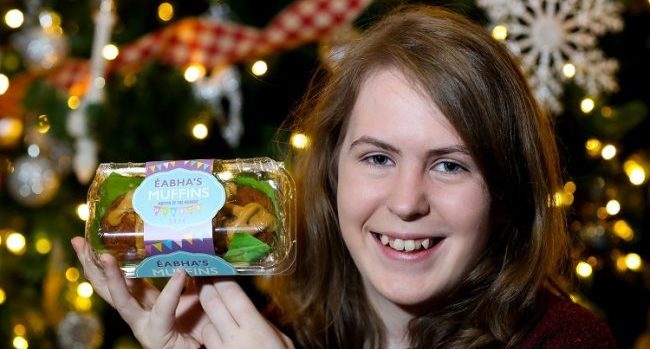 Foróige teen Éabha Campbell, the National Junior Baking Competition winner, has her Muffin of the Moment stocked in 128 Aldi Stores nationwide since 10th December, €1.79 for a two pack. Éabha is Aldi’s youngest supplier at just 16 years of age.

Éabha, from Truagh Foróige Club in Co. Monaghan, was crowned the National Junior Baker in the Aldi Marquee at the National Ploughing Championships on September 22nd 2016, and the opportunity to have her muffins stocked in store in Aldi nationwide was part of her prize.

Éabha baked spiced fruit centenary Muffin of the Moment which the judges described as outstanding. The muffins are based on a traditional gur cake recipe which was sold on the streets of Dublin in 1916. 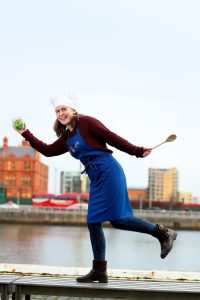 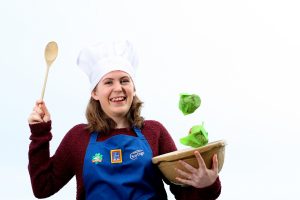 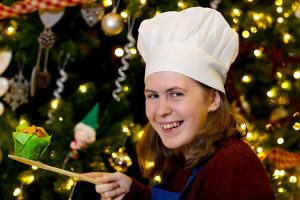 “I have always loved baking and it brings back great memories of time spent with my mam and granny.”

“I am very grateful to both Aldi and Foróige for this opportunity. I still can’t believe that my muffin is on sale in Aldi stores nationwide. I’m sure it won’t sink in until I see my product on shelf.”

Finbar McCarthy, Group Buying Director at Aldi said of Éabha’s muffins, “Supporting Irish producers and making a positive impact on the lives of young people are two central pillars of importance for Aldi. Sponsoring the National Junior Baking Competition enables us to do both at the same time. We are delighted to have Éabha’s 1916 themed muffins on sale in Aldi.”

Foróige CEO, Seán Campbell said “Empowering young people to find their passion, embrace their talents and reach their individual potential is what Foróige is all about. The National Junior Baking Competition involved many dedicated hours of hard work and creative achievement for the young baking enthusiasts. Without the support of Aldi this programme would not have been possible and it has been a privilege to watch the growth and achievement of Éabha and indeed all the young people involved.”