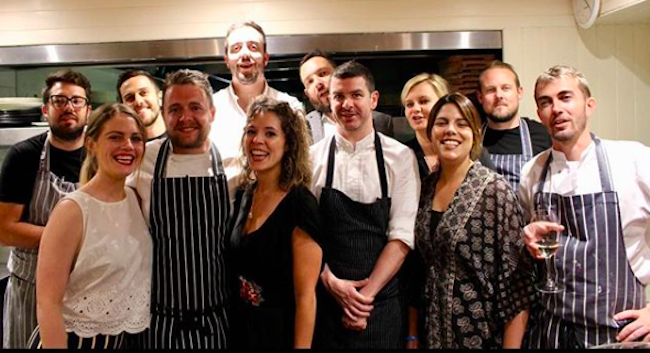 Talented young chef Dan Hannigan, Sous Chef at Richmond restaurant, has established Food for Thought, a series of pop up events with the aim of raising funds for suicide prevention charities such as Pieta House and 3ts.

Following on from the success of Food for Thought’s previous pop-ups in Richmond, The Pigeon House Delgany and most recently Locks, the next date and venue in the series has been announced.

On Sunday August 12th, Food for Thought will take up residence in Opium for a casual and relaxed BBQ style event. Guests can expect delicious finger food like pig on a spit, monk tail tacos, salt-baked and barbecued celeriac and BBQ duck hearts, served up throughout the afternoon with a live DJ on the decks. The aim of this event is to celebrate the industry coming together and supporting each other through the hard times, Dan commented, and “to push the fact that it is ok to talk about mental health in the hospitality industry”.

Having raised over €10,000 over the course of the pop up supper club series for charities such as 3ts. 3ts works to help prevent deaths by suicide through research, intervention and support.

Originally from Wicklow, Dan has long been involved with suicide prevention initiatives such as Darkness Into Light, which he has taken part in annually since the age of 16. Dan will be joined by supporting chefs on the night including Gareth Naughton from Drury Buildings and the team at Opium. This delicious sounding event kicks off at 3pm and will carry on in to the evening. Tickets are now on sale and going fast. To book your tickets and support this fantastic cause, click here or follow Food for Thought on Instagram to track their progress and preparations.