Food On The Edge 2019 Officially Launches 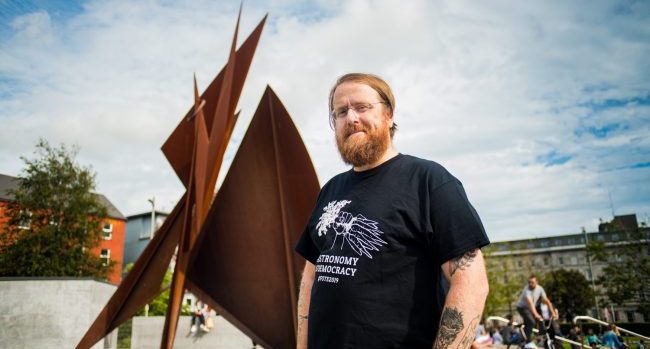 The national launch of ​Food On The Edge 2019 ​took place this afternoon at Dylan McGrath’s Fade Street Social​ in Dublin. The event was attended by Irish chefs, industry leaders and media.

With a robust international line-up of speakers, the main theme of Food On The Edge 2019 is ‘Migration’ which will examine ‘how food travels and how that affects people’s perception of food’. While the core focus of Food On The Edge continues to explore ‘Future of Food’ within a global and national perspective. JP McMahon​, founder and symposium director of ​Food On The Edge​, said this about the new theme, “​There has been a natural evolution within Food On The Edge over the years which reflects the changes in food culture on a global level. We have seen a progression away from simply talking about food to recognising the power of food as a tool for social change.” JP added, “​Food On The Edge is the avant garde of Irish food culture. We bring some of the best chefs and industry professionals together to inspire us to change the way we think about food in Ireland. We bring them also to showcase our beautiful country with its rich history and heritage. It is an ongoing dialogue between us and them, transforming and developing the future of our food and food culture on this island.” Speaking at the launch, Sinead Hennessey, Food Tourism Officer at Fáilte Ireland, said,​ “We are delighted to support Food on the Edge as part of Fáilte Ireland’s new ​‘Taste the Island’​ initiative, a 12 week celebration of Ireland’s food and drink taking place this September, October and November. Fáilte Ireland research tells us that tourists are not always aware of our high-quality produce and the sustainability credentials around our food and drink before visiting. We are aiming to address this lack of awareness and highlight Ireland’s seasonal ingredients, adventurous tastes and bold experiences through ‘Taste the Island’ and Food on the Edge, which aims to challenge our perspective on food, brilliantly showcases the Wild Atlantic Way and Ireland as an innovative food destination.” Signature snacks at the launch celebrated Irish food and were prepared by chefs ​Ross Lewis,​ ​JP McMahon​ and ​Paula Stakelum​.
Food On The Edge 2019, the two-day programme of 15-minute talks, panel discussions, masterclasses and networking activity, with an artisan food village showcasing the best of Irish and West of Ireland food produce.

The event will take place on ​the ​21st and 22nd of October in Galway.

Gather & Gather and Fáilte Ireland are principal sponsors for Food On The Edge 2019. San Pellegrino are returning as major sponsors, along with new major sponsors, Galway Bay Brewery.

For more information see ​www.foodontheedge.ie​. Check out @FoodOnTheEdge on social media and follow the official hashtag #FOTE2019 for regular updates.