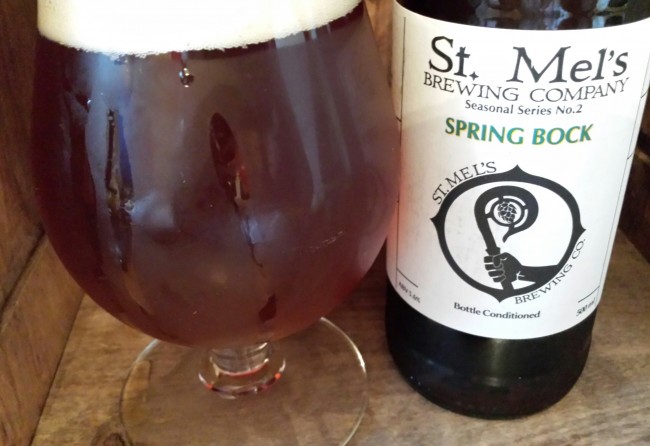 St Mel’s in Longford aren’t your average Irish brewery. Right from the off they rejected the two of the three staples of Irish brewing. They didn’t launch with a Red Ale and a standard Stout but choose instead Helles Lager and Brown Ale to accompany the Pale Ale in their core range. Their first seasonal, a Raisin and Oatmeal Stout came out late last year and it was perfect for those cold Winter nights.

Now Spring is here at last and St Mel’s are marking it with their second seasonal special, the appropriately named Spring Bock. It’s their interpretation of the Maibock style of Germany.The beer is a beautifully rich amber colour. It tastes sweet and malty with just a little smokiness. I recommend giving it a try, treat your tastebuds to something new. At the moment this beer is only available in the Midlands but from next week it’s being distributed nationwide by Barry and Fitzwilliam so your local off licence or pub should have no problem getting it in. Sláinte!