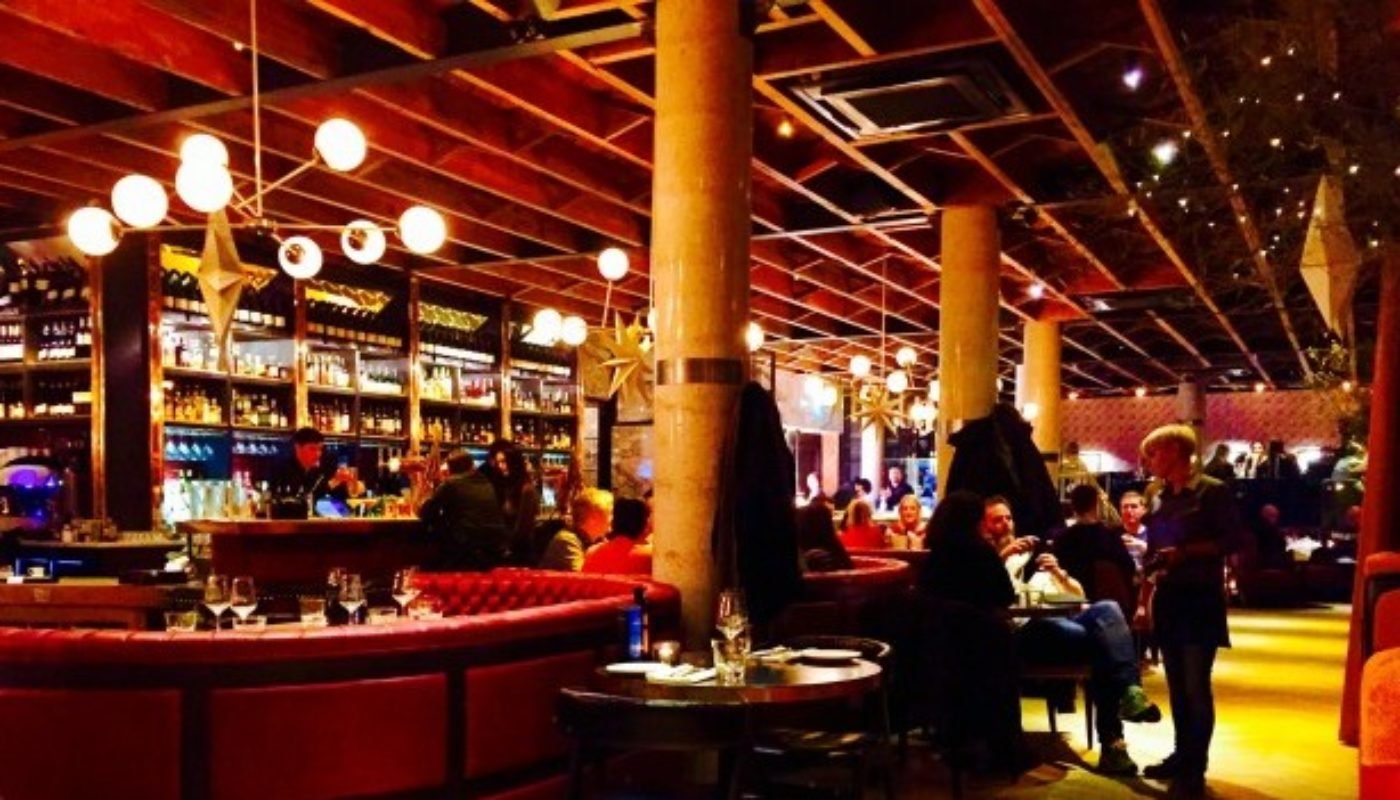 There’s no denying the weather this past week would put anyone off dining out, especially last Wednesday when storm Desmond was in full swing. We probably should have taken Teresa Mannion’s advice and “not made any unnecessary journeys” however work called and we were in the city centre anyway.

The plan had been to get a quick cab across to one of our favourite spots in town Cavern and grab a nice bottle of wine with some bites. Unfortunately when we arrived to Baggot St Wines to purchase said wine and head downstairs we were told is was closed for a private event! So there we were with a bottle of wine in a brown paper bag, rain chucking down with limited options, The Dylan, Asador or the canal. All great options, well maybe not the canal and then we remembered a new place had opened just beside Asador on Percy Place called Angelina’s. So we rocked up expecting not to get a table without a reservation and holding the now infamous bottle of wine but thankfully we were warmly greeted and sat at the stylish bar until our table was ready.

First impressions of Angelina’s were excellent, attentive and most importantly a welcoming front of house which in our opinion are key to a successful venue. This is where hiring people with experience really shows because they understand the value of first impressions and that trying to accommodate a punter may just turn them into to a regular. It is clear that no expense has been spared on the aesthetics, the room is spacious, very well laid out with large booths overlooking the canal through floor to ceiling glass frames. Is is also clear that Angelina’s is owned by the Press Up Group (Sophie’s, The Dean, The Liquor Rooms etc) all busy hotspots, all “v glam” but there is one distinct difference here, the food takes centre stage and the drinks are secondary. Unlike Sophie’s, which it will undoubtedly be compared to, the pace here is more relaxed, a little more refined but still maintaining the fun, laid back element seen in all their venues. Happy to be out of the rain, but more happy to have secured one of Angelina’s ample and luxurious booths we had a great view of the expansive room which is split onto two levels. Unsurprising there was the usual few well known faces and fellow foodies floating about keen to check out the new kid on the block. Scott, our smiling server on the night ran through the menu options which were a lot more interesting than we expected. There are of course the less ambitious pizza options, and let’s be honest who doesn’t love pizza or you can chose from several seasonal starters and mains. We kicked off with a couple of much needed cocktails from the extensive list; which even has four decent non-alcoholic options for the designated drivers, however we  chose an a very alcoholic, aptly named Grand Canal Sour (highly recommend for the whiskey fans) and a pretty Razzmatazz of which there was no shortage of on the evening in question.

Starters range from (€10-€13.50) for the likes of Beef Bresaola or a Mackeral & Salmon Tartare Salad, but based on young Scott’s trusty recommendation we opted for the Grilled Octopus Salad (€12), not being huge fans of the often rubbery tentacles we knew this would need to be cooked perfectly to impress and clearly Head Chef Ryan Bell knows a thing or two about flavour as the chilli rub really lifted the dish. A good; generous sized plate arrived, grilled to perfection with a beautiful texture to the meat which was intertwined with scallion, celery leaf and cubed baby potato, all finished with some arty plating of the black aioli and subtle basil oil. Thumbs up for the octopus from both of us, the second starter of Seared Scallop (13.50)also proved a hit, served with an less than appetising sounding smoked pork butt, don’t let the name put you off, this along with the black mustard all worked well. The carrot and sprout salad as tasty as it was would have worked better with a less is more approach and another scallop making an appearance instead.

Although tempted by the aromas from the wood fired pizza oven, we decided it would be selling Angelina’s short not to road test some of their real mains. With plenty of safe choices such as Beef Fillet (€35), Roasted Hake (€24) and even a Lamb Rump (€26) making an appearance we loved the sound of the Irish Venison Loin (€29) probably due to the mention of the cider sauce. Presented on beautiful backdrop of a rather large teal plate the Venison cooked medium rare looked superb; it was succulent and full of flavour, blackberry and shredded apple are rarely a combination that do not compliment one another and most definitely did so here. A mouthful of this with the side of creamy mash and all was good in the world. We recently had an outstanding monkfish dish in another relatively new Dublin hotspot Suesey St, so we were keen to compare, as you do, but this was quite a different dish with more of an Italian slant. Our Monkfish Fillet (€25) was certainly a more generous portion than the venison and sat proudly among the lobster zuppa (soup to you and me) with three little parma ham arancini balls acting as a prop for the meaty fish. A more classical dish that could easily win over any doubters that Angelina’s is capable of creating high quality plates of food, if perhaps it was owned by a young chef instead of the new king of Dublin nightlife Paddy McKillen Jr. We decided to wait a while before dessert and just admire the room and soak up the atmosphere that already is proving electric. Our ever attentive waiter Scott apologised in case he was being “too attentive” explaining that a table of sixteen were no shows on the night, good for us as we showed up without a booking but always bad for a venue especially one that has just opened. It seems even the hottest ticket in town is not immune to this all too common complaint.

After mulling over our bottle of Albert Bichet Chablis (€46.00) we finished off the night with a palate cleansing Lemon Meringue (7.95);  a smear of basil, fresh raspberries and a scoop of sour lemon sorbet were encased in shards of delicate meringue, simple and effective as Nigella says “this is how life should be lived, greedily and gratefully!”

Our bill excluding service came to €155.45, which we were more than happy to pay. Angelina’s has all the right ingredients for a great night out in a slick and stylish setting and is another great example the resurgence of quality venues to Dublin 4. We predict this little sister will be taking centre stage very soon.

This is a Sassy Taste we highly recommend.