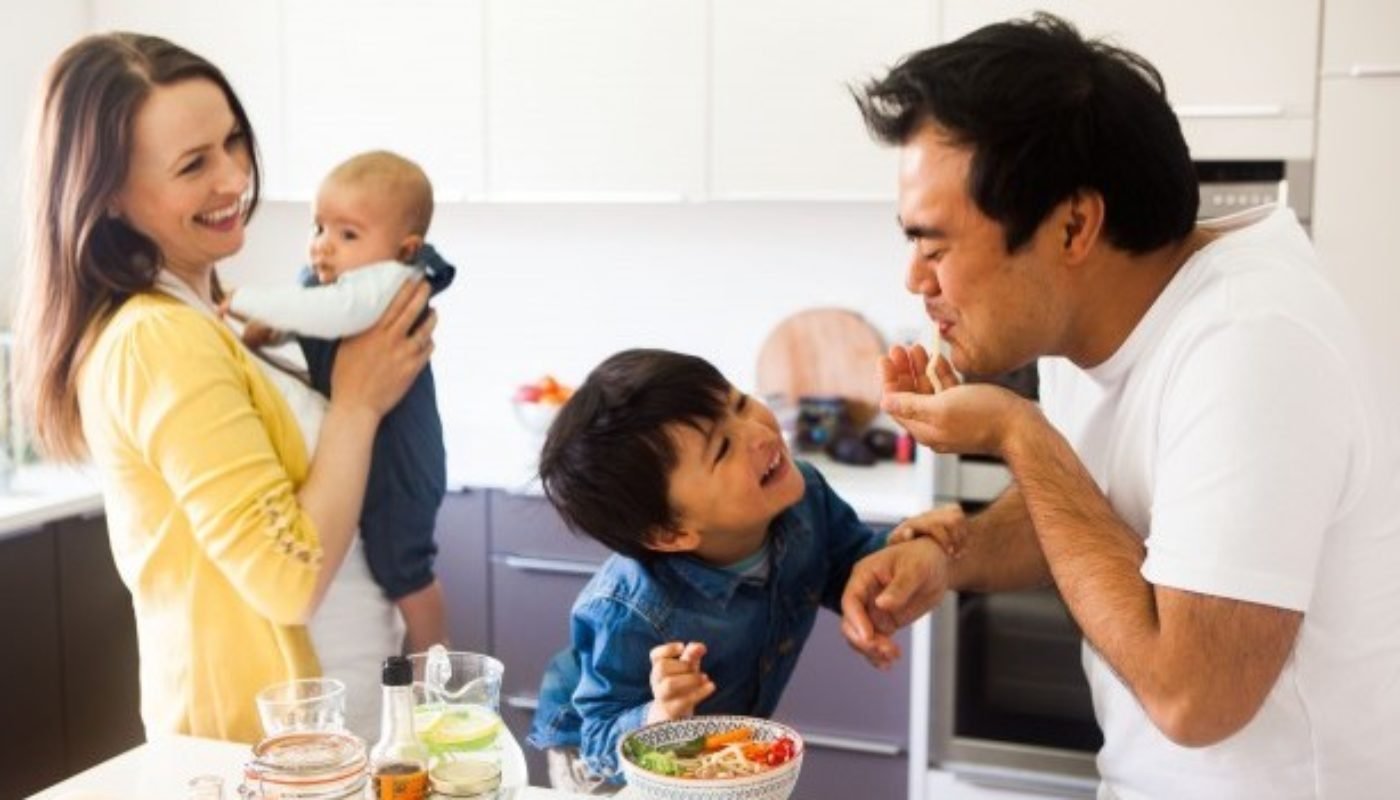 When you search ‘Japanese Cooking’ on Google you might the expect a famous Japanese chef to rank number one. However, out of the 83,400,000 results it is an Irish woman who takes the top spot, Fiona Uyema. Having called Japan her home for a few years, Fiona found a passion for Japanese cuisine, and, as you might have guessed from her surname, romance too. Bringing both loves back with her to Ireland, Fiona began her blog Fiona’s Japanese Cooking in 2012, and has since added cookery tutor, author and most recently TV starlet to CV. I chatted to Fiona, who lives with her husband and two sons in Kildare, about how her love affair with Japanese food began, and her recent trip back to Japan.

How exactly did this Tipperary native become an expert in the cuisine of the ‘Land of the Rising Sun’? “My first real exposure to Japanese food was living with a home-stay family in Japan for three months during a college exchange programme. Looking back I definitely had an interest in cooking while growing up on a sheep farm in Tipperary. You could say my passion was ignited during my time in Japan“, Fiona explains. When the college term ended stayed in Japan for a further 2 years working as an English teacher, where she continued to learn about Japanese food from local housewives and friends in a local village.

She is equally influenced by her husband Gilmar, and his love of his ancestors’ food culture. Born in Brazil, Gilmar’s grandparents emigrated from Okinawa, a chain of islands off the south of Japan known as the ‘the Land of the Immortals’ due to the longevity of its residents, which researchers have partially attributed to their diet. His Japanese grandparents were involved in the food industry and Fiona credits her mother-in-law with keeping in touch with years of family tradition, “his mother is an amazing cook and baker who worked in her mother’s bakery for years. Gilmar and I have learned so much from her over the years“.

It was Fiona’s family and friends that motivated her to start a blog, “my blog allowed me to document my recipes and story in one place and then share with family and friends“. However, it wasn’t long before her voice and recipes became popular with a much larger audience. On what has made her blog so successful Fiona says, “I think people like the fact that my food journey started in Japan, and then my recipes are tried and tested by my family every week, so they work“. The renowned healthiness of the Japanese diet is another reason for her popularity, and also one what Fiona credits with helping her recover from treatment for ovarian cancer. By nature low in fat, the Japanese cuisine is high calcium from tofu, dark green vegetables and seaweed, and protein is found in fish or soya-based products.

2015 was a busy year for Fiona, with the arrival of baby Matthew and a cookbook, ‘Japanese Food Made Easy’. “After the success of my blog I wanted to bring my cooking to the next level so I could dedicate my career full time to Japanese cooking and also to put all my recipes into one cookbook made sense for me and my followers“, Fiona says. Like her blog, the recipes are time and pocket friendly and fuse the best of Irish produce with Japanese flavours, “I think in the past few years there has been a focus in Irish food culture on using local Irish producers and seasonal produce. This is a big focus on Japanese food culture also. Once you use good quality ingredients it’s easy to make delicious recipes” . One of Fiona’s favourite Irish ingredients, that sits particularly with Japanese food, is ‘Sea of Vitality Milled Dillisk’ from Waterford, “we sprinkle it over everything!” says Fiona.

Building a career from her online presence she gives cooking classes and demonstrations around the country on the art of Japanese cooking. Though when quizzed on her ambitions for the future, Fiona admits she has gotten a taste for the small screen with television appearances on RTE’s Taste of Success and on NHK, Japan’s National Broadcaster. Filming a feature on her return trip to Japan, after 10 years, NHK’s camera crew followed Fiona and her family around Japan for three days, and prior to her trip they visited Ireland to record her demo at Savour Kilkenny in October. Fiona describes the experience as the highlight of her food journey so far, “it was great fun, I loved it. Then I did a live interview in NHK’s studio and I thought I’d be so nervous but once we were on air my nerves went and I really enjoyed it“.

At home, Fiona says both her boys have inherited a taste for the flavours of the East, “their favourites are probably rice balls, miso soup and Nikujaga, a slightly sweet beef and potato stew“. And, while Japan may be a long way from Tipperary, Fiona is still a Tipp lass at heart, “I like to have an Irish dinner once a week. My favourite is a homemade Irish stew“.