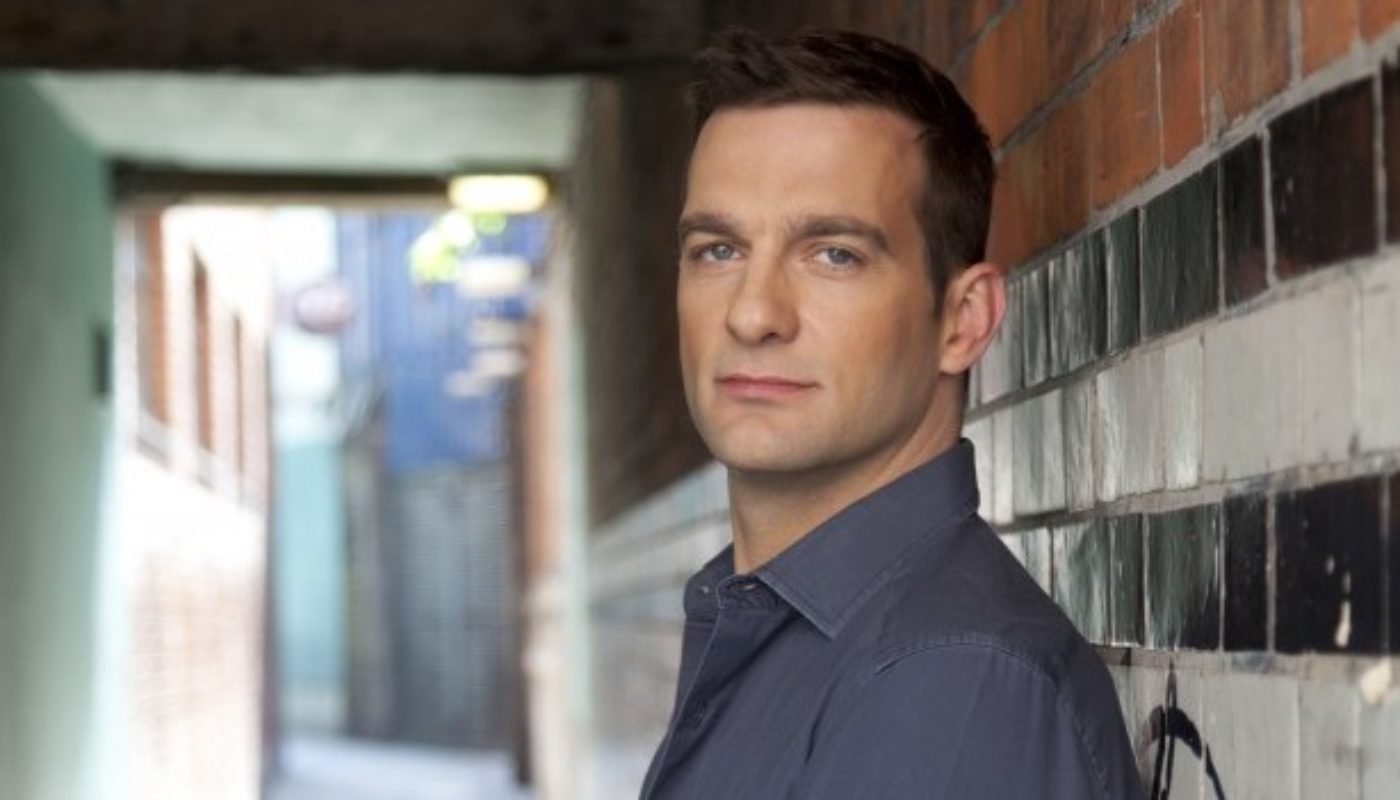 Medley noun. an often jumbled assortment. You could scarcely choose a better word to describe the life and career of Andrew Rudd; chef, cookbook author, entertainer, TV and radio personality and soon to be restaurateur, all via a pig farm, the corporate boardroom and an abattoir. I met Andrew to talk about how he has distilled his many roles into Medley, his dining and party catering business and forthcoming cafe and bistro, now located in the old Irish Times Building on Fleet Street.

I sit down with Andrew upstairs in the mezzanine of the new home of Medley. Despite bare walls, a lack of furniture and a clutter of pots, pans and tableware piled on the floor Andrew’s vision for a ‘New York Meatpacking District’ style venue seems entirely achievable. While we chat his phone constantly buzzes and beeps, he has a meeting with brewers Estrella Damm in an hour and is busy planning his cooking demonstration at the launch of the Dine in Dublin Pavilion the next day. All the time his ‘director of operations’ Chris Meyler is interviewing baristas downstairs, where Medley will open to the public from the beginning of April.

“Food is in my blood and I was always into cooking but it never registered that it would be something I could make a living out of. It all manifested itself pretty organically“, says Andrew who grew up on a pig farm in County Offaly. “I am one of nine kids, money would have been fairly tight back in the ’70s, so we were fairly self sufficient. My mom had a half acre garden so we grew a lot of vegetables and fruit. Of course we had our own pigs, so pigs were the staple diet“. His parents set up Rudds Bacon in 1985, and Andrew says his boarding school fees were literally paid from the pigs back, “for six years my dad would deliver me back to school in a refrigerated van, he would drop off me and a load of rasher and sausages for the school.”

With a vision to get involved in the family business Andrew went to the UK to study business and agriculture. During college he gained industry experience working for ‘the beef baron’ Larry Goodman, “I worked in the buying office, and for extra money I’d work in the abattoir on Saturdays, on the killing line”, he says grimacing. After a few years in the UK, he brought back what he had learnt to the family business and lived in an old barn conversion on the farm. All the while his passion for food was bubbling under, “I began to have a lot of dinner parties. My respite, my solitude at weekends was cooking.”

In 2005 he briefly veered away from the food world becoming head of sales at British American Tobacco, “it was a big job, big responsibility, the highest wage I’d ever earned but I didn’t like the corporate life.” He left after 8 months and set up his own business importing and distributing olive oil and other fine foodstuffs to 250 shops across Ireland. It was while importing foods from Malta that his media career kicked off, “TV3 with Ireland AM were travelling out to Malta and needed someone with a knowledge of Maltese food. So the Maltese embassy put TV3 in contact with me“. An on-screen natural Andrew became the regular Ireland AM chef, “I suppose that was a springboard for me in terms of any media work over the years. I’d be asked to do cookery demonstrations, radio work, print media and endorsement for brands.”

Already juggling his import business and media work he added private catering to the mix, which evolved into wanting to find a premises to use as a production kitchen, “at that stage I found the location on Drury Street. That’s when Medley was born.”

“The concept for Medley was that I do a lot of different things. A lot of different kind of food and the building was being used for a medley of things also; launches, weddings and birthday parties. Microsoft launched the Xbox there”

Andrew admits it was a baptism of fire, “I was totally self taught. But I had a good instinct, a good palate. My mum and grandmother were great cooks.”

With this instinct and a ‘military’ approach to planning, Andrew has orchestrated countless events, some more memorable than others, “I catered for a wedding where the vegetarian bride insisted the whole menu would be vegetarian, and then she said her sister had an allergy to onions, red peppers, garlic and cucumber. So I had to design a menu using none of those ingredients.” Another unforgettable occasion was a blind folded seven course tasting menu he arranged for a regular private client and his wife, “they organised military night goggles for my friend Aidan who was the waiter. They also flew the musician Tom Baxter in to play for them after dinner.”

After nearly four years the business outgrew it’s location on Drury Street and last October they signed the contract for the Fleet Street premises, “we are basically trebling in size, but we not only are going to take on more business and host bigger parties but we are opening a coffee shop and bistro on the ground floor, which is a first for us.” Based around a ‘healthy’ menu the ground floor will be open from 6am until 6pm, Monday to Friday. After 6pm the upstairs private dining events space will take over. Andrew says are already taking bookings and arranging client viewings for the new space, “we’ve already got 90 enquiries for this year already. I would hope to do about 200 events this year. Last year we did 120 events.”

While the term ‘celebrity chef’ doesn’t sit well with Andrew, though he does appreciate the opportunities his profile has given him,

“media doesn’t pay well but it has been beneficial to my business. You can do media, TV, radio possibly to massage your ego, or you can do it as a springboard for your business, and that’s what I have used it for”

“But you have to be clever about how you don’t use it as well. If I am doing an event it’s not about me, it’s about the client, the wedding couple, the birthday boy or girl”, he adds. With a talent for menu development and entertaining a book was a natural step and in 2012 he shared his recipes and tips in Entertaining with Andrew Rudd, and he tells he has been approached by a few publishers about a second.