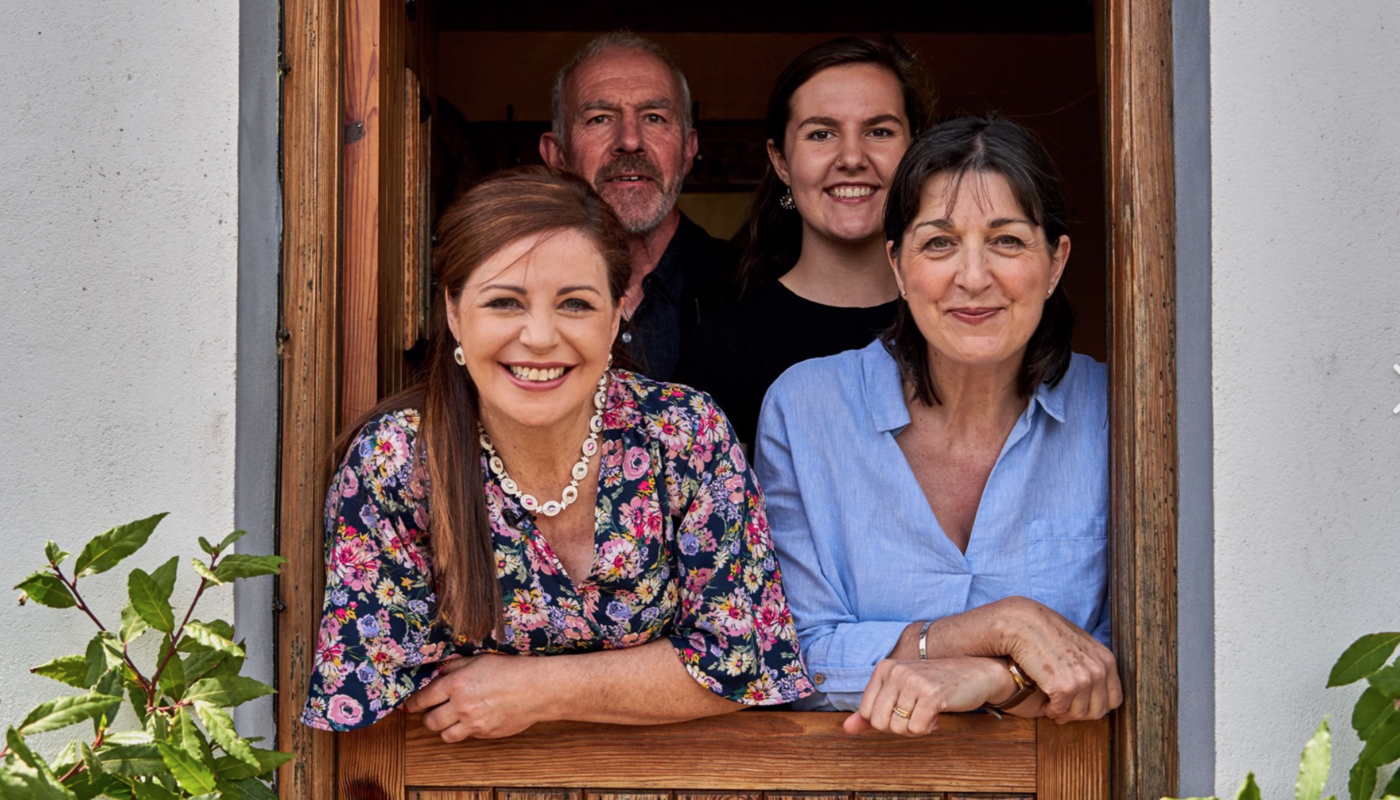 Home » Tonight at 7.30pm on RTE One Fethard-on-Sea Resident Cooks up a Storm in Fourth Series of Tastes Like Home

Tonight at 7.30pm on RTE One Fethard-on-Sea Resident Cooks up a Storm in Fourth Series of Tastes Like Home

Fethard-on-Sea local, Claire Auld is one of twelve Irish contestants to feature in the returning popular RTE ONE series, Taste Like Home, with Catherine Fulvio and sponsored by Londis.

Fethard-on-Sea, Wexford local, Claire Auld hits the spotlight in episode four of the fourth series, which is due to air on RTE ONE at 19:30pm on 25th November. The show opens with Catherine meeting Claire Auld and her family at Hook Lighthouse, as they have a tour of the oldest operational lighthouse in the world, while soaking up the spectacular view from the balcony they discover a sign which tells them it’s 3,264 km to St. John’s in Newfoundland, which is where Jan Houston, Claire’s sister lives . They chat about Jan who is in need of a taste of home as she emigrated Ireland back in the 80’s so Claire teaches Catherine Fulvio, how to make Jan’s favourite dishes, Smoked Mackerel Pate & Snowy Mountain Apples.

Claire Auld said “The pate was something our Mother used to make for us when we were young so it’s quite a sentimental dish and ‘The Snowy Mountain Apple’ was only as a special treat as our Sunday lunch desert sometimes, I think this dish was definitely one made up by my mother, as I have never heard of anyone else eating it, both she and Jan weren’t big desert people but Jan really loved this dish.”

Catherine then travels to a place which has strong ties to Ireland, St. John’s Newfoundland, Canada in the hope of replicating Claire’s dish and making it taste like home for Jan and her husband Bill.  During the episode, Catherine goes Whale watching with the O’Briens, she meets Dublin man Kevin Massey who owns “The Old Dublin Bakery” in St. John’s, he also acts as a Food Tour Guide at the local ‘Night Market’ and he introduces Catherine to some of the unusual artisan producers attending.

“Everyone on the team made the process painless and enjoyable from start to finish and during the filming they put you at ease, encouraged you to enjoy the moment and forget about the cameras.  It was wonderful to show and be shown around my town and to learn new things about where I live” said Jan Houston

Catherine gets a tour of a local museum called ‘The Rooms’ which houses an exhibition on the Irish in Newfoundland, Catherine & Jan visit the Cape Spear Lighthouse and they get a tour of the lighthouse and the National Historic Site.  In Chafé’s Landing, a local restaurant she tastes Cod Tongues, before kissing a cod and being “Screeched In” by local Master Screecher Keith Vokey and a visit the nearby Quidi Vidi village to dine in  Mallard Cottage, which was modelled on the old Irish cottages when it built in the late 18th century.  Jan and Catherine also have a go at the sport of Axe Throwing in Jack Axes.

“Newfoundland felt strangely familiar, lots of locals spoke with Irish accents and there were lovely green rolling hills but there were some unique experiences that separated our two countries – the whale watching was up close and unforgettable. Also since I was a “CFA” – a “Come From Away”, I had to be “screeched in”, where I had to kiss cod among other things!” said Catherine Fulvio

The popular TV series returns for six consecutive weeks, this November, promising a serving of delicious recipes steeped in tradition and a flavour of incredible culture and sights from locations right across the world. As well as delighting viewers with recipes, culture and captive travel, the series captures eight individual stories, from Irish contestants who refuse to let the physical distance from home, curb their appetite for a home-cooked meal, a taste of home.