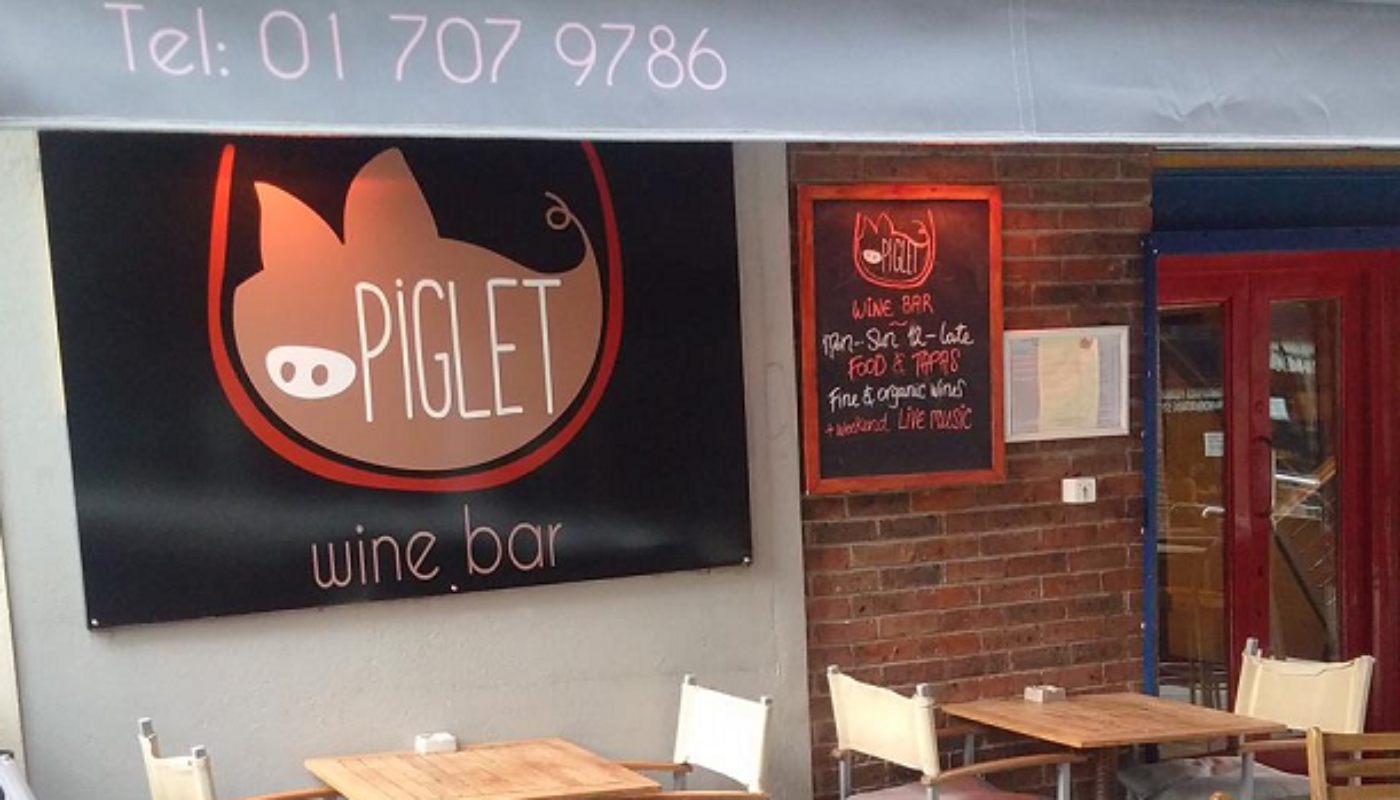 “Simplicity is the ultimate sophistication”, reads a one-liner believed to have been said by Renaissance genius Leonardo da Vinci, from 2000 when he was “quoted” by a creative from Italian liqueur brand Campari. While the legendary man from Firenze surely wasn’t talking about a small wine bar in Dublin when -or if- he said these words, the phrase comes to mind to introduce Piglet Wine Bar in Cow’s Lane, just off Dame Street, where La Dolce Vita had been until a few months ago.

I arrived on a Wednesday evening and was guided to a table in the mezzanine. Wine boxes on a side of the stairs were an understandable sight in a place where space is limited, unpretentious decor and furniture that would remind you more of a family-run deli than of a city centre bar matched with the Ikea carafe and glasses filled with tap water that a friendly waitress promptly brought to us.

But it all contrasted dramatically with the Riedel wine glasses my Verdera Bianco -white grenache and Macabeo from Empordá, Catalonia (€6.25)- and my companion’s Sauvignon Blanc Lombeline -Vin de Pays du Val de Loire (€7.50)- were poured in. The luxury Austrian glassware, often counted among the world’s best, confirmed what I had thought when browsing their menu: This is not a tapas restaurant that serves wine, this is a wine bar that serves tapas.

The food, as well as the bottles, showed a mix of Mediterranean influences, mostly French, Italian and Spanish. A selection of €3 tapas encouraged us to go for variety. We tried their Confit Duck Gizzard and the Smoked Eel with White Beans. Although tempted by their cheese and charcuterie boards, I wanted to see what could be done in their doll house sized kitchen so we added an Octopus Salad (€10.50) to our order. We also ordered half a dozen oysters with bread, butter and anchovies cream (€12) which later we found out are sourced from the West coast of Ireland.

The tapas were small but tasty, the octopus was served generously and so perfectly cooked I wished the rest of the dish was kept a bit simpler as the rocket leaves, olives and seasoning felt like a bit too much makeup on a beautiful face. The oysters were fresh and plump, just what you want by your side when you are drinking Sauv Blanc.

While the amount of wines by the glass is short, the menu invites you to call their “wine guy” who, armed with a Coravin, will be able to serve you something special from their lengthy by the bottle list, comprised by a mix of crowd pleasing must-haves, natural and biodynamic exclusives and premium wines.

I’ve been known to take half an hour to choose a candy bar so after two polite but fruitless attempts to take my order, I asked the “wine guy” for his personal favourites. That became a pleasant conversation about wine and about how they only work with trusted producers that they know (one of the partners in the bar is a well respected independent wine importer). My indecisiveness between a glass of white –Domaine Jean-Baptiste Ponsot Rully– or red -Joha Primitivo A.V. Guttarolo, biodynamic, from Puglia- led him to offer a Solomonic solution: half a glass of each.

Seduced by the idea, I decided to be sensible and asked how much was that going to cost me. He explained that for Coravin serves they divide the price of the bottle by four and add €1, and he explained that he’d adjust the equation for the half glasses that way. Math happened and the sum was a very reasonable €12.50.

If that wasn’t indulgent enough, now that our table was empty again, a Tiramisú (€6.50) in the bottom of the menu seemed to be winking at us. Being one of my favourite desserts and aware of the authentic Italian essence of the place, it was simply an offer I couldn’t refuse and I’m glad I didn’t because it was the real thing, creamy, well soaked, a balance between all flavours. The best thing that has ever come out of an Ikea cup.

Our bill was €61.25. This included two tapas, half a dozen oysters, the octopus salad, a portion of Tiramisu, two glasses and two half glasses of wine.

Whether the words came from a marketing expert or from the artist of the Mona Lisa, the simplicity of Piglet Wine Bar is just like the one of an oyster: hiding within its modest appearance lies the ultimate sophistication of a pearl. 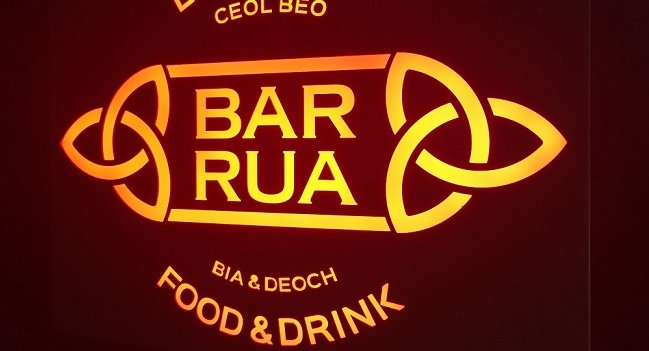 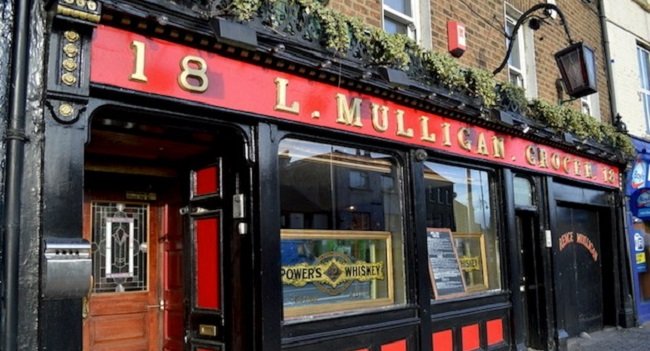 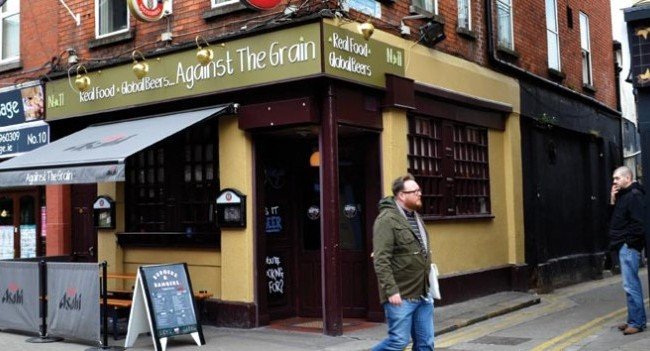 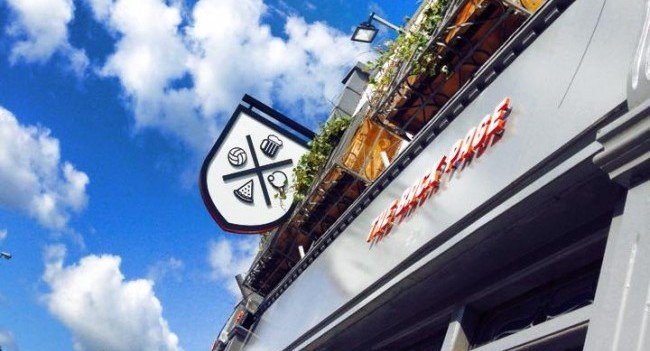