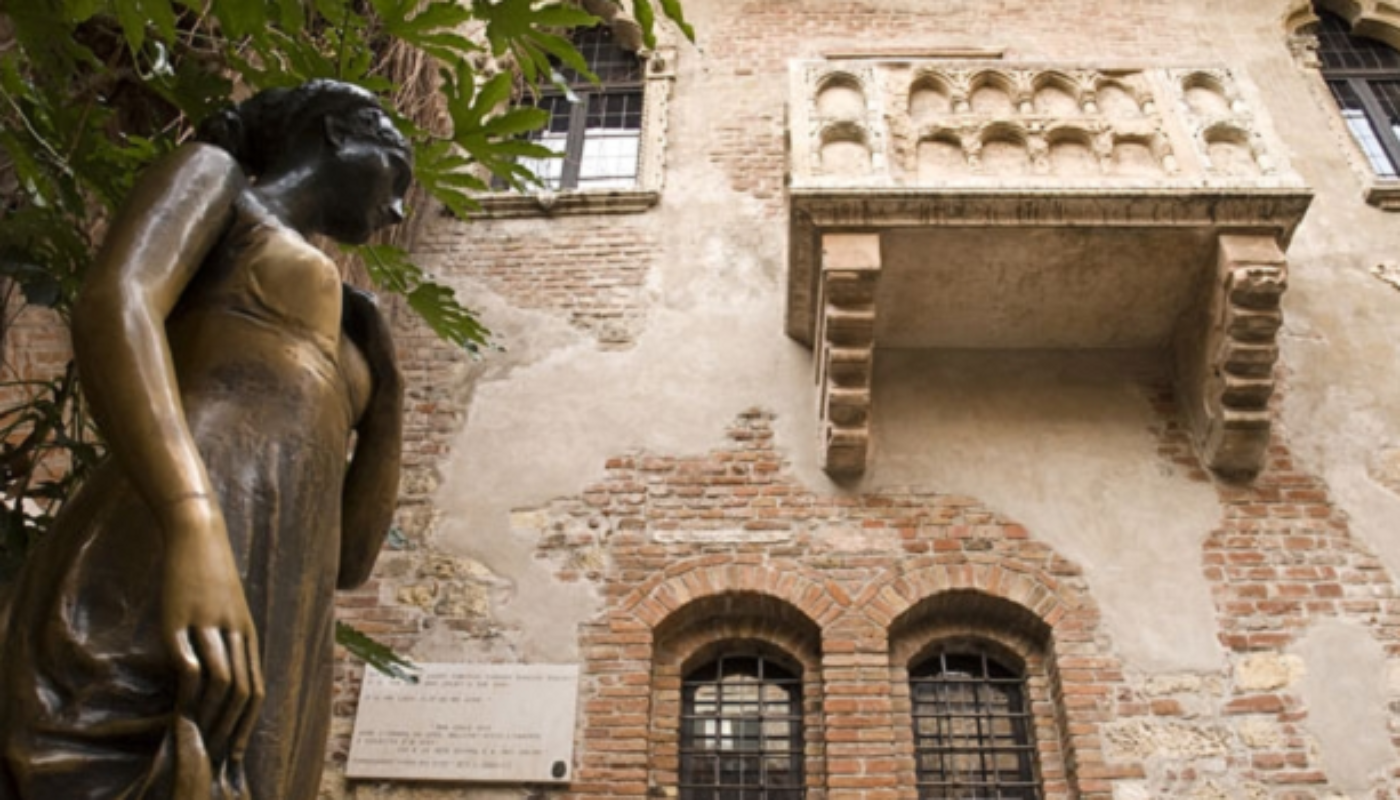 Home » Fall in Love with Wines from la Bella Valpolicella

Fall in Love with Wines from la Bella Valpolicella

William Shakespeare had a soft spot for Veneto, a region in which he based classic works such as The Merchant of Venice, Othello, The Two Gentlemen from Verona and Romeo and Juliet. Just north-west from the town of the star-crossed lovers, we have Valpolicella, a region that might not have such a famous couple, but instead features a memorable triangle: Corvina, Rondinella and Molinara.

They are rich, intense and interesting, however, they’re not Shakesperean Italian aristocrats but the local grape varieties commonly blended in wines that just like the legendary romance, have a bittersweet quality to them. Some less common grape varieties might occasionally enter the Valpolicella mix, but these are the classic combination.

There are five different type of wines that can be made with this trio within the region: Valpolicella Classico which is the younger and lighter example and your entry level Valpolocella wine; Valpolicella Superiore, which is darker and richer, and goes through at least one year of oak ageing; Valpolicella Superiore Ripasso, obtained by letting young Valpolicella wine macerate in Amarone’s pomace; Amarone, which is made from grapes that have dried for about 5 months concentrating deep flavours and sugars; and Recioto, a sweet red wine made with dried grapes just like Amarone but in which fermentation is halted to retain the sugars.

This array of winemaking styles mean that even with the same grapes, you get a wide variety of expressions and there is something for every taste and budget: from the fruity and inexpensive to the complex and luxurious. We talked with two very different producers from Valpolicella: Maddalena Pasqua di Bisceglie from Mussella Winery & Country Relais, a 24 hectares (distributed between 3 vineyards), biodynamic, family-run winery with a stunning historic house transformed to host tourists; and Giuseppe Rizzardi from Guerrieri Rizzardi, a company that has vineyards in several Italian regions and that owns a 25 hectares in a prestigious sub-region of the Valpolicella called Negrar and which has links to Valpolicella tracing back to 1649 and the modern company dating from 1914. Richie Magnier, who is is behind MASI Agricola communications in Ireland, spoke on behalf of this company, a key name in the renaissance of Amarone and the introduction of Ripasso.

“Though wine has been made in Valpolicella for centuries, the 1960’s were a really pivotal time for the wine as we know it today”, says Richie, as he explains that region received its DOC designation in 1968 “which cemented its status as a quality wine” however, this measure came with an expansion of the allowed territory, so for a while quantity ruled over quality, which he remarks has changed in recent years.

Maddalena considers that one of the most important changes in the region is a distancing from the “light, mass produced wines” that became synonymous with the region a few decades ago due that extensive production. “In the 90’s some producers started to work on the appassimento style and they offered Valpolicella that was intense, from dried grapes, quite close to an Amarone, and the style went to the full body wine direction, the Bordeaux wines direction.”

It was also around that time when Amarone begun to be appreciated by a larger although still relatively niche audience in (the 1991 film Silence of the Lambs Hannibal Lecter’s glass of Amarone was swapped for Chianti as film makers though that the wine he drinks in the 1988 book would be too obscure for movie goers).

For Rizzardi, the technological advances are also to thank for the evolution of winemaking in the region, “knowledge in viticulture, major precision and hygiene in the cellar are key factors. There is more care and more know-how in general in the different aspect of the winegrowing and winemaking”, as an example, he mentions a better control and understanding of the “appassimento” practice and well as the nuances of oak ageing.

However, for Maddalena, taking trends to a extreme makes for wines that are clean and very rich and intense, not necessarily a bad thing, but perhaps too much of a deviation for the historical character of the region. “I personally never liked this Valpolicella new style, because it is not the real Valpolicella taste, I always missed the real Valpolicella, the good fresh, but ageable, good everyday wine that shows its own characteristics of fruitness, cherry taste and freshness, that makes it very drinkable.”

A Unique Style and an Ambitious Goal

Biodynamic winemaking is not very common in Valpolicella. Mussella is one of only two Demeter certified vineyards in the region (and as Maddalena points out, there are other two non-certified producers). After changing to biodynamic agriculture, Maddalena says she’s seen a “real difference in the soils, and the wines are showing a better life, a richer fruitness and an important crunchy sensation.” She aims to “develop a pure Valpolicella”, a wine that “could be considered as a sort of Italian Bourgogne…pretty ambitious, I know”. Fruit dominance is the key, as she works towards making wines that express the natural characteristics of the grapes. “It makes me very happy not just personally, but also because I can show the real and not the trendy, taste and effect of the pure Valpolicella and its possibilities. It’s very important to me to find out the pureness and the original taste, avoiding to follow what is trendy or what the big market is asking for. I guess Valpolicella can perfectly manage it and be even more appreciated for this.”

The Rise of Ripasso, Vintage Talk and Shopping Advise

“The focus of Guerrieri Rizzardi is on its unique, cru vineyards which lie at the heart of these Classico regions, where through the generations, the family selected and acquired some of the best vineyards in the area”, says Giuseppe Rizzardi, who adds that the region’s most famous wine is “Amarone by far” but lately, Ripasso is experiencing a “boom in term of popularity and sales”. When asked why is Ripasso having a moment, he explains that “probably the reason is that it’s an appealing wine, linked to Amarone due to the production technique used. Ripasso has a certain sweetness and its taste reminds of Amarone thanks to dried fruit, cherry liqueur and sweet spice notes. Due to his way of being produced and to the ageing in oak barrel, is a rich and complex red wine”, explains Rizzardi, who also points out that “it has a different  price, if compared to Amarone.”

Regarding the 2015 Vintage, he tells us that the wines “are of great quality, deep in colour, expressive and complex on the palate; they were very rich in sugar at harvest and thus then with high alcohol content, the fruit shows clearly a warm vintage character.”

He reminds us that we’ll have to wait for a few years to enjoy the results in some of the wines, but adds that in the winery they “tried to let express the year character, always aiming to maintain a good drinkability in all our wines and to avoid excesses of tannins or warm alcoholic notes.”

Given that is such a large and varied area, Rizzardi suggests that the best way to select a good bottle is to know the wineries and to choose”preferably the estate grown and estate bottled wines”. If you need a bit of a shortcut, however, he advises to search for wines produced on the hillside areas. This makes sense, as those will benefit for better drainage and more sunshine, hence healthier, riper grapes with more flavours to express.

On Ancient Grapes and Innovative Techniques

Richie Mangier points out that even though MASI has been making wines since the 18th century, the winery has managed to remain true to its history and values while welcoming innovation. “We are proud to have modernised and popularised the ancient apassimento technique in the 1960s and 1970s to reinvigorate Amarone and bring forth the fame it enjoys to this day. And a decade or so previously we reintroduced the Ripasso method to the Veneto for our popular Campofiorin” and not only they did it for themselves, they shared this innovation with other producers in the region “so that the region as a whole could benefit from this unique style of wine production that had been temporarily forgotten until that point.” Richie points out that some “less scrupulous Amarone producers” use artificial methods to speed the apassimento process (dry their grapes), “but we still lay out our grapes, by hand, on traditional wooden-framed bamboo mats ventilated by the warming Venetian breeze.”

And as they look to the future, they bring some of the region’s past forward: MASI managed to reintroduced the Osoleta grape variety after it was rediscovered in eighties. After two decades of research, Oseleta is now in some of the company’s blends as well as in their varietal Osar, which is 100% Oseleta.

Whether you’re a Valpolicella newbie or a connoisseur, these three wines will give you a good overview of the region and its different styles: Biodynamic wine and a clear, clean example of Maddalena’s goal of creating luscious fruit dominated reds without harshness or excess of oak. A very transparent yet dark shade of garnet  presents a wine that offers aromas of ripe berries, cherries and cassis.

A mouth watering acidity makes the wine feel juicy and has the spotlight next to more quiet, gently tannins. Flavours of dark forest fruit meet a hint of warm sweet spice, mainly clove and cardamom. Hand harvested grapes from the area of Negrar, where clay on limestone soils have sustained the vines for about three decades, are then dried in a drying room during three and a half months. The wine is fermented slowly and then aged for three years. Intense garnet coloured and with aromas of very ripe and very dark berries that blend with sweet warm spices like cinnamon, cardamom and clove. Tannins are strong but smooth and the wine leaves a long persistent taste after every sip. Since its creation in 1964, this “Supervenetian” was deserving of praise. It was a pioneer in the now popular Ripasso technique and the only commercially produced wine of its type until the late eighties. Its deep intense ruby colour introduces a nose generous in aromas of ripe forest fruit and plum that gain complexity thanks to a pleasant touch of roasted coffee beans. It’s full bodied and rich, with a lovely balance between the freshness of a young Valpolicella and the depth of Amarone. 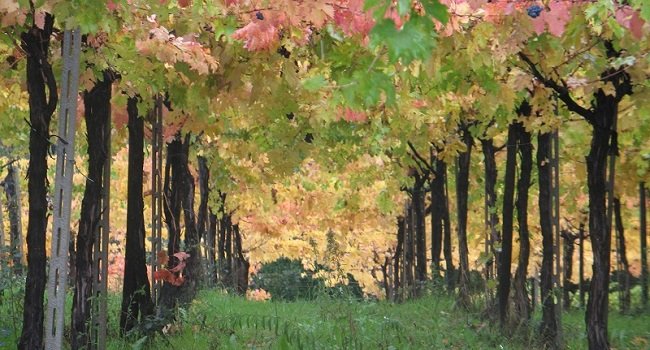 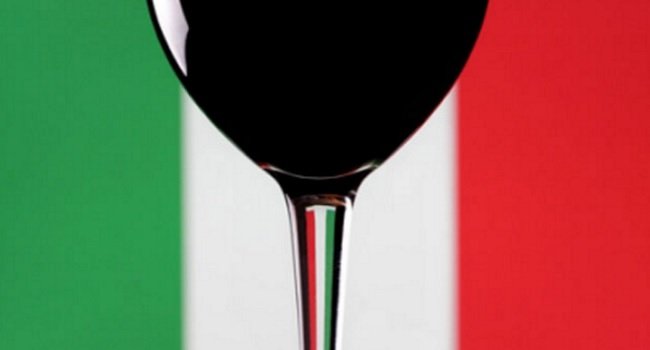 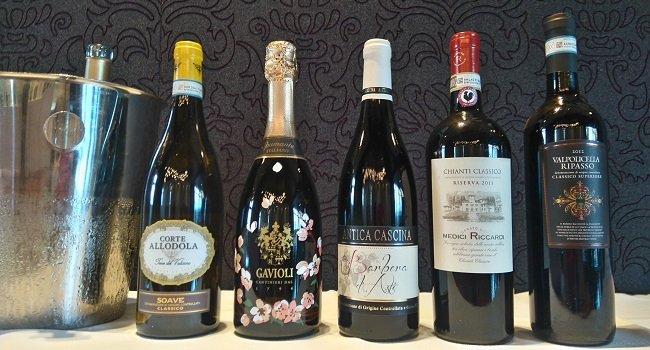