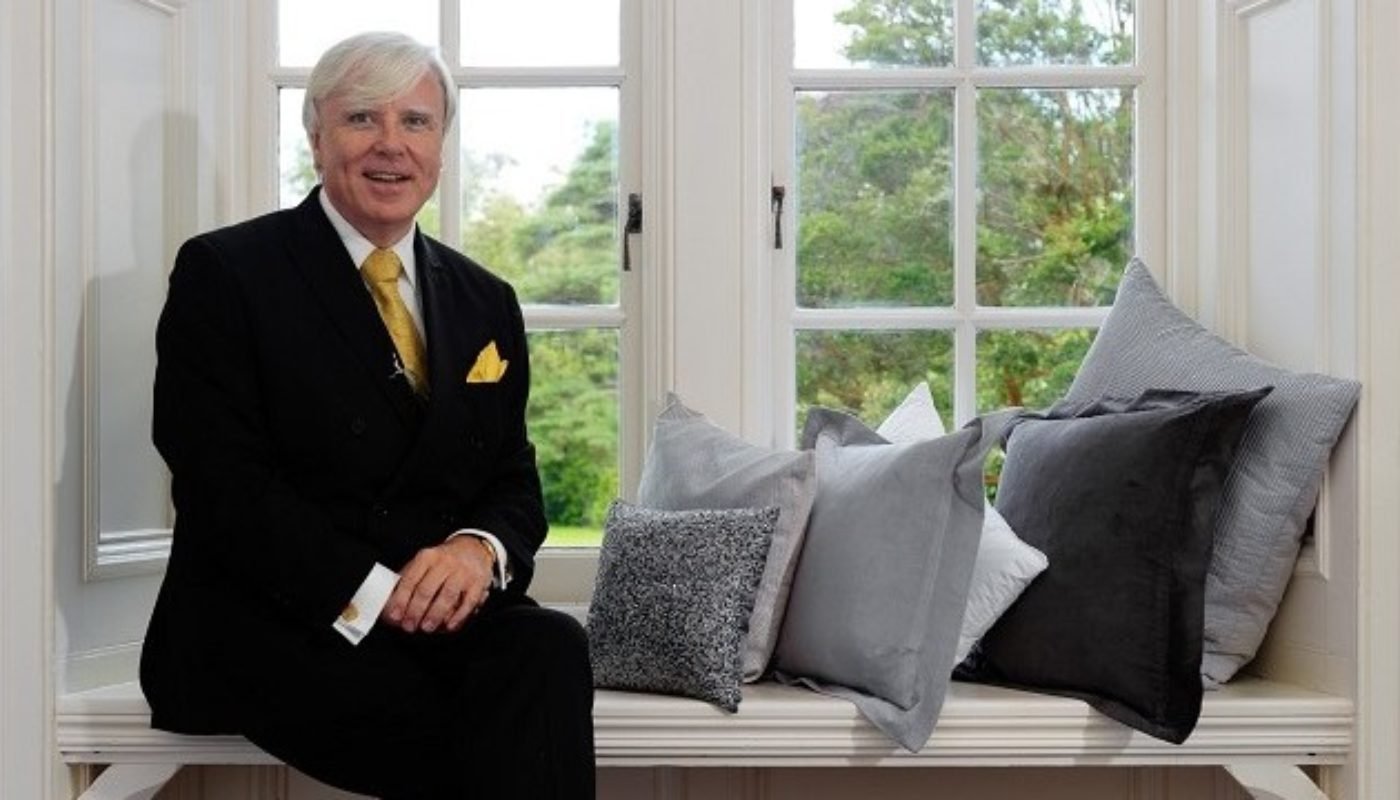 Hotelier and RTE star, Francis Brennan has added another string to his bow as designer of his very first homeware range. Teaming up with Dunnes Stores, the Francis Brennan The Collection will hit the shelves of stores around the country on September 29th.

Speaking to TheTaste at a preview of the range, Francis (61), who owns the acclaimed 5 star Park Hotel Kenmare, says the idea behind the collection is to create “affordable luxury for the saavy shopper.” Stepping out of the elevator on the third floor of Dunnes Stores HQ in Dublin city-centre, is like being transported to a penthouse suite of a modern boutique hotel: the brightly lit rooms is bedecked with deluxe oversized towels, lusciously soft bathrobes, and in pride of place a king-size bed layered with smartly folded covers and quilts, an array of pillows, and cool and crisp, smooth sheets – it takes all my restraint not to dive beneath the covers right there and then.

Inspired by his 40 years in the hotel business, the stunning white and grey coloured range includes percale bed linens, pillows, towels, scented candles, toiletries, table lamps, bedside lockers, umbrellas, and even a range of ties. The design of each and every item has been meticulously overseen by Francis himself, who is renowned for his eye for detail. Think leaf printed, scallop edged, and lace trimmed towels, 17 different cushions, toiletries in two carefully chosen ‘essences’, and a choice of duck down or micro-fibre toppers and duvets. Even the packaging that shoppers will tote their buys in had to meet Francis’ exacting standards: “Just to choose the bag and the tissue paper it took over two hours, because I wanted a tissue that makes a noise. Listen. That’s very important because you can get dead tissue!”

Adding a touch of personality to the range are a line of pocket squares, a Francis Brennan signature, and ‘Francis’ the fluffy toy sheep, similar the ones that can be found on every bed in the Park Kenmare. “We have these in the hotel for the past 18 years,” says Francis. “We sell more sheep than dinners, we sell about 2000 per year. People just love them!”