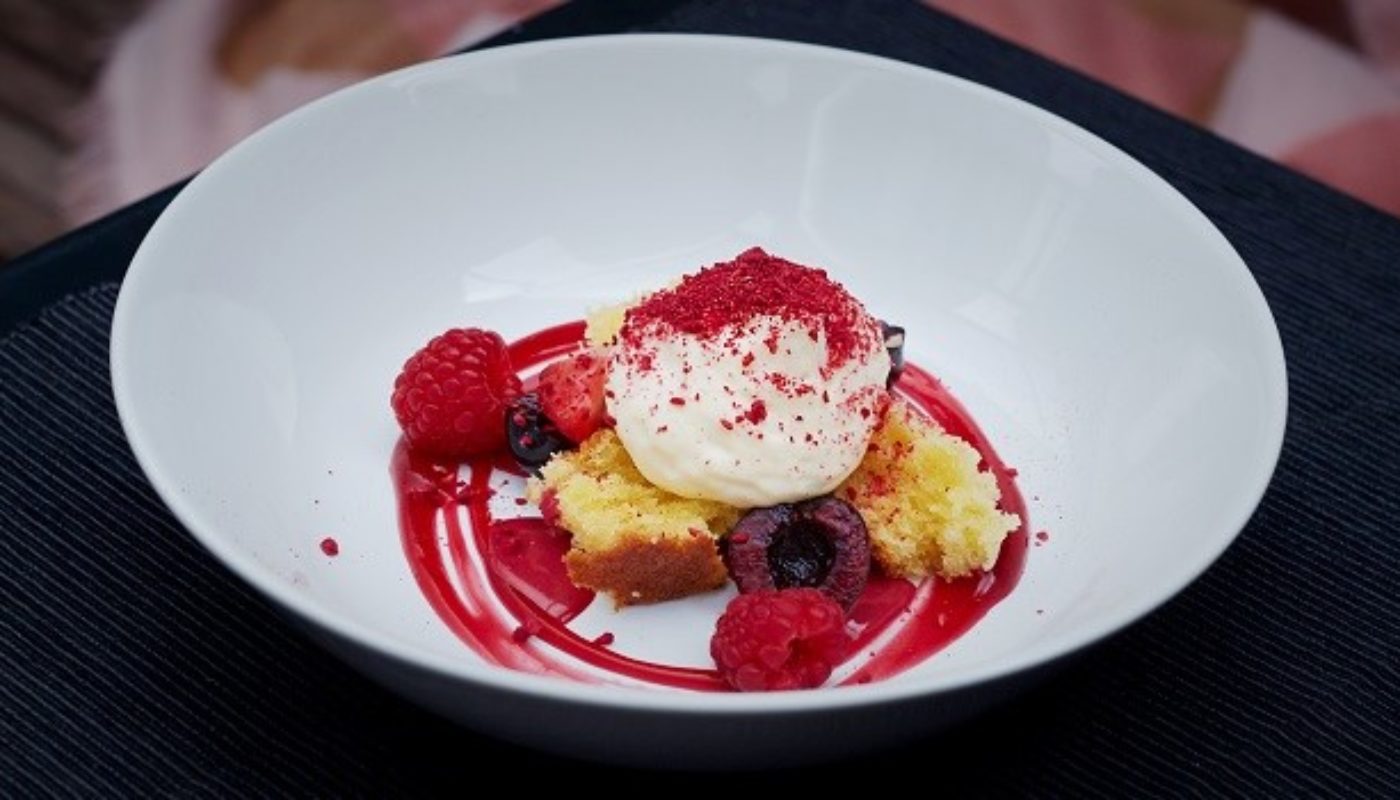 A Pop-Up restaurant exploring the nature of preservation, traditional techniques and sustainable approaches, that is the LEAVEN ethos.

But it is so much more than that, the culinary talents of Chef Christine Walsh, are exciting, bold and so unique in many ways. The way the ingredients are explore to maximize their flavours and textures are second to none. I believe without a doubt that Chef Christine Walsh is one of the hardest working, most dedicated and talented young chefs in Ireland.

So here is what we discovered about the chef and from her exciting Pop-Up restaurant, that had the top and trendy food connoisseurs savoring every dish and wanting more. A two sitting sold out event in only a few days. We are already awaiting the next one with anxious appetite.

Christine Walsh is 30 and hails from Killenaule in Co. Tipperary. Her interest in food began as a young girl from her time spent in her grand mothers kitchen. “My grand mother was a professional cook and baker and everyone in Killenaule knew her for her breads and cakes. On a Saturday morning I remember the joy of being sent down to the shop with cloth bags full of warm soda bread, and we all know how amazing the smell of warm fresh bread is.

She used to make dumplings, roast goose, mousses for dessert; we ate very well! but I suppose since we were so close, when she passed away suddenly when I was 12 that interest and passion left me for a while” Becoming a chef wasn’t her initial choice of paths as after school she went on to study Arts in UCC; “I always knew I wanted a career and not just a job, something exciting and fulfilling and I just thought that teaching was it. I was very young going to college and sitting in a lecture hall with 430 other people was just so impersonal and boring for me, the novelty wore off after a while and I lost interest, an expensive detour to where I am now but my life is definitely not boring!”.

She then went on to study Culinary Arts in WIT where she was introduced to Michael Quinn. At the time Michael was The head chef of Waterford Castle and took her under his wing.

“I was four and a half years in the Castle and it was pretty intense so when I was 24 and Mick left, I became Executive Head Chef of the whole resort. It was a very hard year and a half and I loved it, but I knew that if I stayed I wouldn’t progress to where I wanted to be, so I made the decision to move on”

Since then she has graced the kitchens of Chapter One in Dublin, Restaurant Tom Aikens in London, 3 Michelin starred Benu in San Francisco, 2 michelin starred Noma in Copenhagen and one michelin starred Loam in Galway, where she spent 3 years under the guidance of Enda McEvoy eventually becoming his sous chef .

“I loved working in Loam, Enda taught me so much and gave me a different perspective to this industry. I loved the fact I cooked all the
meat and fish as it’s very hands on and fast paced and I really enjoyed that level of intensity, multi-tasking, responsibility and execution of food”.

The Inspiration behind the menu.

“I’m hugely into sustainable Irish food, and after working with Enda, I just can’t get past the mind set of using produce from other countries. I have no interest in it, so I wanted to source produce from Ireland as sustainable as possible, using traditional techniques with the inclusion of a few modern applications. With that, I sourced the majority of my veg from McNally farm; an organic farm outside
of Dublin city ran by Jenny Mcnally and her family.

My fruit came from Malones fruit farm in Carlow, my fish from Sustainable Seafood Ireland, and my meat from Dunlavin farm. I made my own butter from organic milk, my bread using my grandmothers recipe and I used foraged plants to infuse and season. for example, woodruff is a very floral wild plant. It smells similar to cherries/vanilla , and I used that in an aerated custard in my dessert. Also, I made a salt from spruce needles and used that to season fresh tomatoes, and I fermented wild horseradish that was dug up outside Greystones to make a broth that I served with torched mackeral. “My friend Lema Murphy owns Pot Bellied Pig in Rathmines, its a really cute little cafe, and I’m pretty sure we were after a few glasses of wine when I made the decision to do it. I can be fairly stubborn so I committed to it then and here we are. Her place was great, and
provided an ambience that was really chilled and informal which is what I wanted. Then I roped a few mates in to do front of house and kitchen and couldn’t have asked for a better crew to be honest” Future plans
“I do have plans for another one, maybe around christmas but we’ll see. I have a few things in the pipeline and being part of a new opening in Dublin in October is the main one, so if there are any hours left in the week to do another, I might”.

“ In regards to the next few years I’m not too sure yet. I’m very ambitious and want to do more stints in restaurants around the world, but as a whole I’ve realised that what we have here in Ireland in terms of produce, suppliers, atmosphere etc is just as good if not better
than anywhere else I’ve worked, so a long period of time in another restaurant outside of Ireland doesn’t really appeal to me. I’d like something small of my own eventually If I’m honest” Warm, wise beyond her years, competitive, talented with a lot of heart and a solid back bone, these are only a few of the qualities of Chef Christine Walsh. Her food is that and much more. If you are lucky enough to know of her, you know for sure that the future is very bright for this chef. If you haven’t taste her food yet, quick get in line, we are all waiting for the next exciting pop-up already!