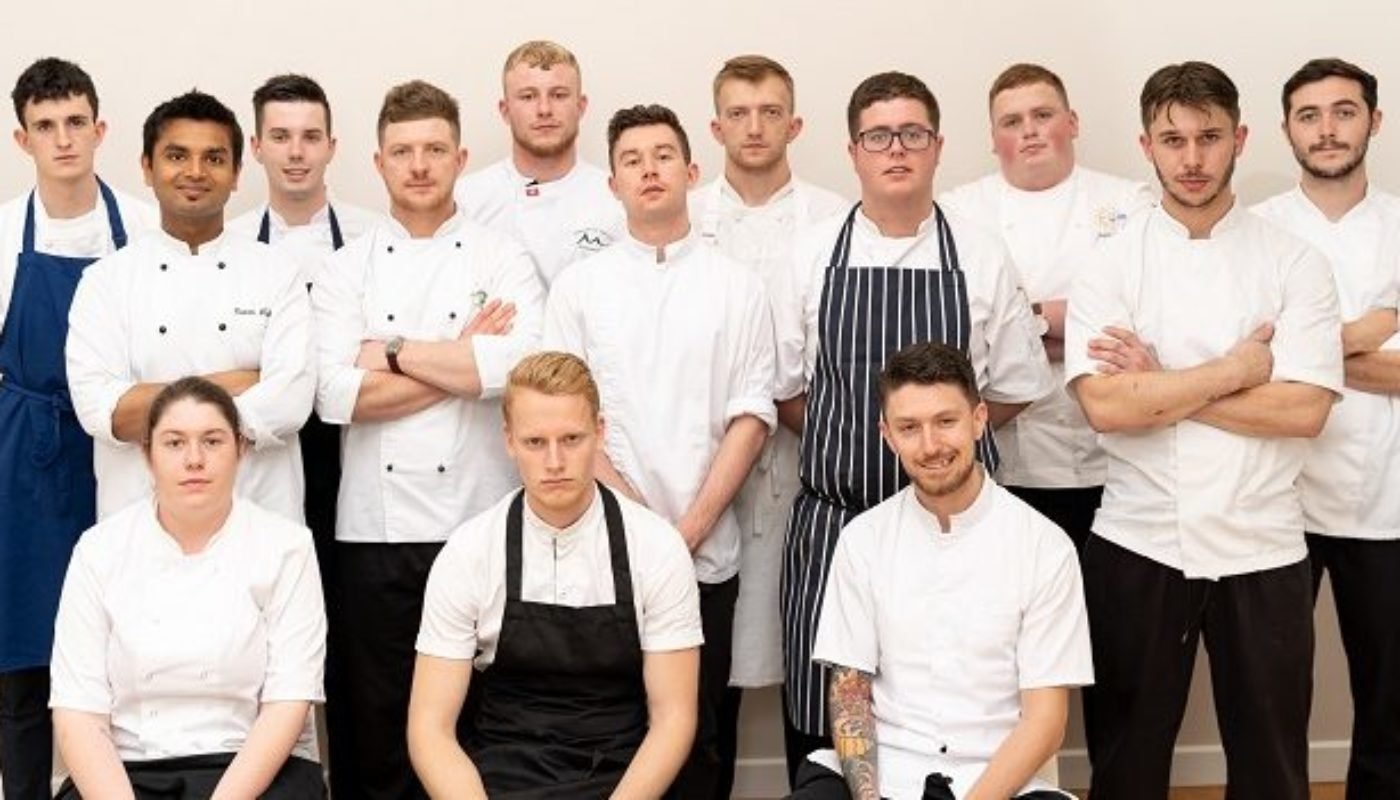 This morning, Euro-Toques Young Chef presented by LaRousse Foods announced its six finalists for 2018, following on from the competitions skill test yesterday.

The semi-finalists were challenged to create a dish using a whole turbot with pommes mousseline without any recipe supplied. With this, they served a beurre blanc and their choice of vegetable garnish.

The chefs had two hours to prepare their dishes whilst demonstrating their skills in preparing and cooking the fish. They were judged on their ability to execute the dish as well as its flavour and presentation. The six young chefs going through to the final in November are Glen Sutcliffe mentored by Eric Matthews of Chapter One, Attila Galambos mentored by JP McMahon of Anair, Michael Morrisroe mentored by James Kavanagh of The Strawberry Tree, Jason Nolan mentored by Robert McCauley of Gregan’s Castle, Matthew Stafford mentored by Kevin Aherne of Sage and Jack Lenards mentored by Ahmet Dede of Mews.

Commenting on the exciting events, judge Gareth Mullins said: “The mystery basket was a real test of the young chefs’ basic skills, including their knife skills, their palate, their creativity and ability to plate. This stage of the competition was about their cooking skills, technique, seasoning and understanding of raw ingredients.” The finalists will now go on to take part in a series of educational events leading up to the final. They will visit Ballymaloe House where they will get hands-on experience with various Irish producers and suppliers as well as attend a workshop with Cúán Greene, who is currently working in Noma in Copenhagen.

Secretary General of Euro-Toques Ireland, Mauela Spinelli, added: “The six talented young chefs in this year’s Euro-Toques Young Chef of the Year 2018 have been chosen for their enthusiasm, talent and eagerness to learn and I am once again so happy to see such a high level of skill and technique coming through in this exciting competition which is designed to nurture that talent.”