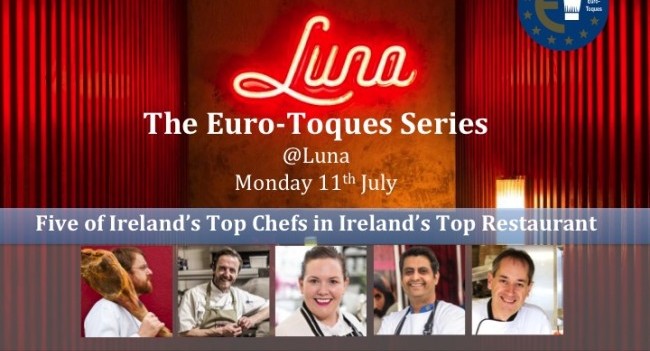 Founded by Myrtle Allen in 1986, Euro-toques Ireland is celebrating its 30th anniversary this year. The Irish branch of the European Community of Chefs and Cooks is hosting a series of dinners to mark the occasion. Counting Ireland’s finest chefs and cooks among its members, the events will be catered by 15 of Ireland’s most respected chefs at three different locations.

RAI Best Restaurant in Ireland 2016 Luna is the venue for the first dinner of the series on July 11th. The dinner will have the theme of ‘So Hot Right Now’ and will be hosted by Luna’s Declan Maxwell with an introduction by food writer Ernie Whalley. Aniar’s JP McMahon, Kai’s Jess Murphy, Wade Murphy from 1826 Adare, Sunil Ghai of Ananda and Pickle and Ashford Castle’s head chef Philippe Farineau will cook together in the kitchen on the night to deliver a five course dinner. Tickets cost €65 and are available to purchase on euro-toques.ie. 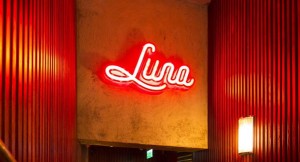 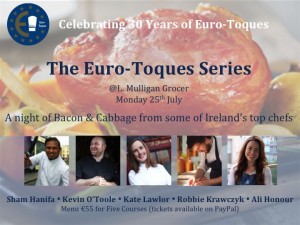 The second in the series will recreate the restaurant on everyone’s lips in 1986 – Le Coq Hardi – at its former premises on Pembroke Road. Well known former chef patron of Le Coq Hardi, John Howard and food writer John McKenna will open the evening, followed by a 5 course menu designed and executed by Kevin Thornton of Thornton’s, Aidan McManus from Howth’s King Stiric, Chapter One’s Ross Lewis, Tim O’Sullivan from Renvyle House Hotel in Connemara, with former Euro-toques Commissioner Lorcan Cribben as consultant chef. Tickets for this popular event set to take place on July 18th are priced at €150 and inquiries can be made by contacting Euro-Toques Ireland directly on 01-6779995.

Finally, on July 25th in a venue yet to be confirmed, Cork chefs Ali Honour from Ali’s Kitchen and Fenn’s Quay’s Kate Lawlor will join Robbie Krawzyck of Tankardstown House, Sham Hanifa from the Cottage in Leitrim and Chameleon’s Kevin O’Toole. Tickets for this bacon and cabbage themed five course dinner are selling for €55 and can be purchased here.