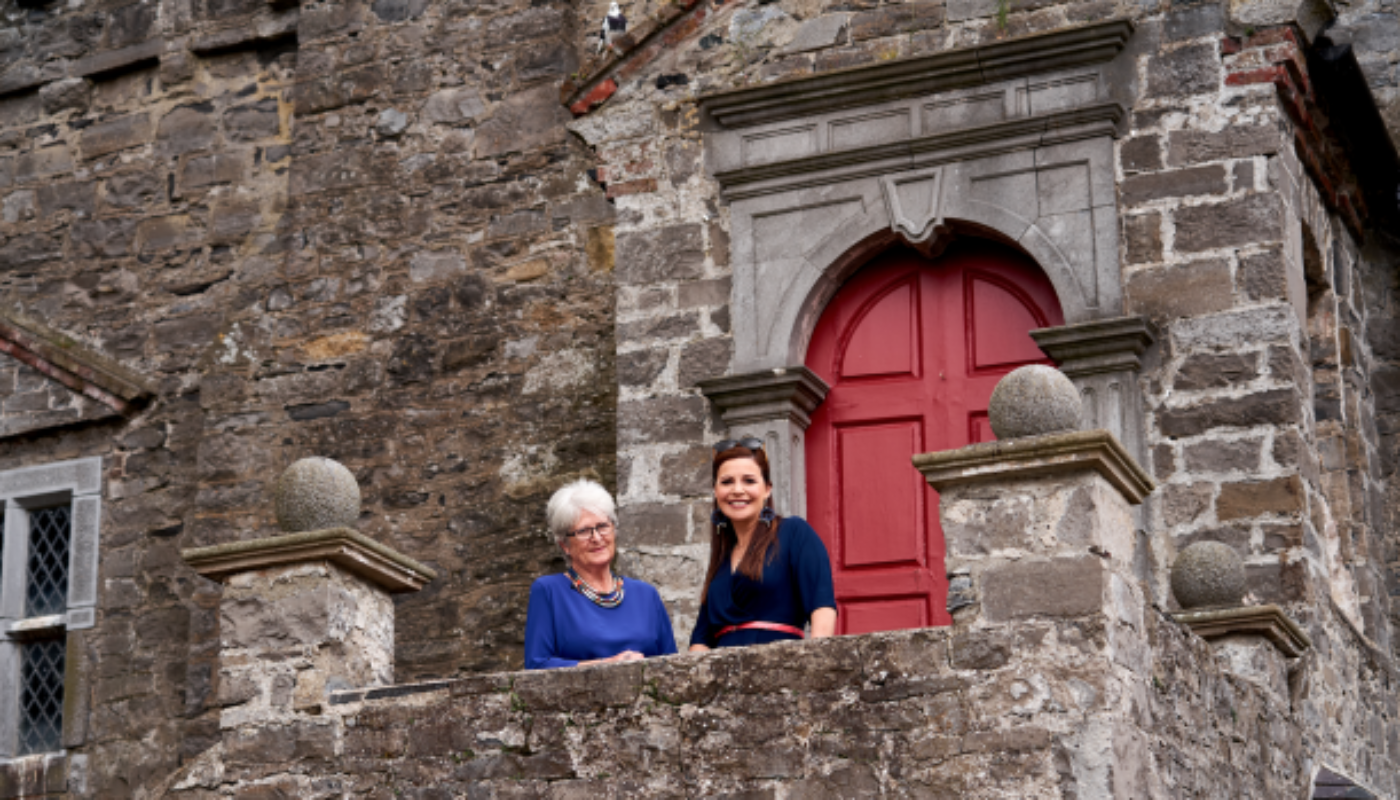 Home » Tonight on RTE One at 7.30pm, Drimnagh Resident Cooks up a Storm in Fourth Series of Tastes Like Home with Catherine Fulvio

Tonight on RTE One at 7.30pm, Drimnagh Resident Cooks up a Storm in Fourth Series of Tastes Like Home with Catherine Fulvio

Drimnagh local, Rosemary Wilson is one of twelve Irish contestants to feature in the returning popular RTE ONE series, Taste Like Home, with Catherine Fulvio, and sponsored by Londis.

Drimnagh local, Rosemary Wilson hits the spotlight in episode one of the fourth series, which is due to air on RTE ONE at 19:30pm Tonight. The show opens with Catherine spending time with Rosemary Wilson at Drimnagh Castle where they soak in the surrounding views and discuss which family member is in need of a taste of home when she shows Catherine Fulvio, how to make her daughter Una’s favourite dish, Stout Soused Herrings.

Catherine then travels to a place synonyms with good food, Paris in the hope of replicating Rosemary’s dish and bring a taste like home to Una and her French husband Jean-Christophe and their two children Alanna and Dara. During the episode, Catherine visits the oldest Ice cream shop in Paris, Berthillon run by father & daughter. She visits a local bakery and is taught how to make traditional French Croissants, she visits a cheese shop who stock over 300 hundred different types of cheese, she pays a visit to a local Fishmongers, she goes on a food tour with Secret Food Tours and tastes all types of foods from meringue cake which has been on the menu of French Pastries since 1691, she visits the Jewish district which is known as “Falafels Street” and tastes some falafels. We visit Edwin Yansane a high end Chocolatier in his shop “Edwart” in Marais and tastes some of his delicious chocolates and macaroons. Catherine visits the top of the Montparnasse Tower whilst taking in the stunning views of Paris before taking a stroll around Canal St. Martin where locals come in droves to picnic on the canal banks, or soak up the sunshine in this photogenic area. Catherine Fulvio said “It was wonderful to experience the classic French cuisine as well as the modern food of Paris. It’s a colourful representation of eclectic Paris, from learning how to make the perfect croissant and tasting the most delectable cheeses and to tasting delicious falafel and Paris’ finest gelato, French style of course!”

Viewers are treated to a visit of Drimnagh Castle that was, until 1954 one of the oldest continually inhabited Castles in Ireland, and is an outstanding example of an old feudal stronghold. It is the only Irish castle still to be surrounded by a flooded moat, a very picturesque feature, described in 1780 as a “very deep ditch of water supplied from the Green Hills”. It is now stocked with fish. The castle, built of local grey limestone, consists of a restored Great Hall and medieval undercroft, a tall battlement tower with lookout posts, and other separate buildings including stables, old coach, dairy and folly tower. One of the most attractive aspects of Drimnagh is the garden – a formal 17th Century layout with box hedges, yews, mop head laurels and an allee of hornbeam.

Rosemary Wilson said of her decision to take part in the show, “It was so interesting to experience how things happen behind the scenes on a TV cookery show.  I was totally put at ease by both Catherine & the production team & was really chuffed that they all seemed to be genuinely enthusiastic about my recipe. I can’t wait to see the results and the Paris side of filming! Wondering how my recipe went down with the French diners!!

“The whole family thoroughly enjoyed the experience … and we had a fantastic meal at the end of the day that really took me back to Mum’s kitchen! Great admiration for Catherine and the team for all the hard work that goes into making everything run so smoothly and so much fun”, said Una de Barra-Lasserre

The popular TV series returns for six consecutive weeks, this November, promising a serving of delicious recipes steeped in tradition and a flavour of incredible culture and sights from locations right across the world. As well as delighting viewers with recipes, culture and captive travel, the series captures eight individual stories, from Irish contestants who refuse to let the physical distance from home, curb their appetite for a home-cooked meal, a taste of home.