Epic Irish Days Out – Explore the Best of the Emerald Isle 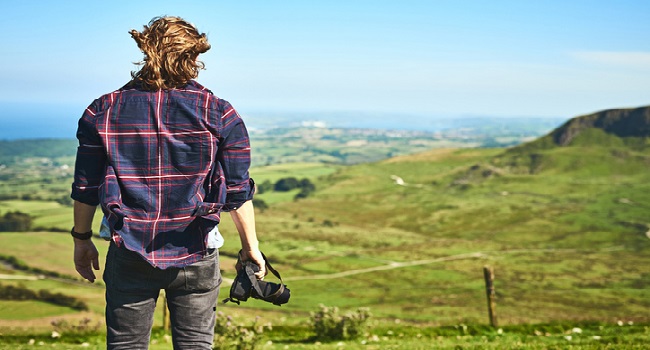 All across Ireland, impeccable vistas and iconic sites await anyone willing to go out and find them. Whether you’re planning a major visit, or are looking to just escape the city for a day, these excursions offer a variety of Irish experiences. History, adventure, natural beauty, and good simple fun combine to make all these sites worth the trip. Guinness Storehouse
Probably one of the best known tourist sites in Dublin, the Guinness Storehouse is one of those experiences that is essential for some and a waste of time to others. But there’s no denying that it belongs on a list of Epic Irish Days. Guinness has been brewed on the site since the mid-18th century, and the visitor building dates from the turn of the 20th century. Explore the history of Ireland’s most famous beer and the family that gave it its name, and then take in one of the best views of the city from the Gravity Bar with your complimentary pint. Jameson Midleton
While Jameson does have their Bow Street location in Dublin open to visitors, those looking to really see how this iconic whiskey has been made throughout its history can’t miss a trip to Middleton, home to the brand since 1975. They cover the long history of Jameson, including the merger of Jameson with other brands to form the Irish Distillers Group. Whiskey has been distilled in this area of Cork since the 1700s, and the Jameson Experience is in the 18th century buildings. Fota Wildlife Park
Run by the Irish Zoological Society, this 100-acre park focuses on conservation, education, and research and has made many updates in recent years. A short trip from the city of Cork, they offer special behind the scenes tours for those looking to add even more to the experience, but you can also just visit the park on Fota Island independently. The tours allow you to get up close and personal to the animals with a warden ranger, but any visit to Fota Wildlife Park will leave an impression. Cliffs of Moher
One of Ireland’s most iconic views, the Cliffs of Moher are actually only one of many such cliffs around the island — but there’s a reason it’s so well known. Running nearly 14 kilometers from the Burren region of County Clare, the visitor center is only a mere portion of the cliffs as a whole. Visitors looking for a less crowded part of the cliffs can visit from Doolin, but the visitor centre is located at some of the highest points of the Cliffs making for some of the most incredible views. The most important bit of a visit to the cliffs is checking the weather because on rainy days it can quickly become impossible to actually see the vista. Connemara National Park
Located in Galway, Connemara National Park is more than just naturally beautiful (though the hiking trails and views are some of it’s best attractions). From 4,000 year old tombs to the beautiful 20th-century Kylemore Abbey and gardens, visitors can immerse themselves in history and natural beauty. The area is also known for its eponymous marble, which is often made into jewellery pieces in traditional Irish styles among other uses. If you’re not interested in hiking, much of the natural beauty of the park can also be taken in from winding roads. Aran Islands
Lauded as some of the best islands to visit in the world, let alone in the country, they take pride in the preservation of traditional Irish culture that has been aided by the slight isolation of these islands. They can be accessed by Ferry from Doolin and Rossaveal. The largest of the three islands is Inis Mór, which is home to World Heritage site Dun Aonghasa, a fort set on the cliffs of the island. Inis Meain is the most authentic in its way, with a population of only 200 people, while Inis Oirr is the smallest island and is closest to the mainland, providing panoramic views of the Cliffs of Moher. Skellig Islands
Another set of beautiful historical islands off the Wild Atlantic Way, the Skellig Islands experienced a surge in tourism after being featured in the recent Star Wars film. The iconic rocky peaks of these islands were once home to monks from the sixth century through the thirteenth. Evidence of their settlements still makes up the UNESCO World Heritage site, which has been compared to sites like Machu Picchu and listed among the most incredible sites in Europe. They can be seen from the coast, but those interested in visiting or seeing them up close can avail of tours that depart from Portmagee. Ring of Kerry
This scenic drive offers the iconic views Ireland is known for, from expansive green views to jagged mountains and ocean views. The 179 kilometer route circles the Inveragh Peninsula. It takes visitors through small seaside villages and smaller establishments at the higher elevations. You can kick off your visit with a stop in Killarney before embarking on the drive, or book a tour if the idea of driving the winding roads is a bit too much for you.

Wicklow Mountains National Park
A short drive from Dublin can take you a world away in no time. The largest stretch of mountainous area in Ireland, it is also home to the Glendalough Monastic site and lakes, which are worth a visit on their own but make a great stop on a day of visiting the mountains. For those looking to visit the mountains without driving, many tour companies offer tours to Glendalough which will also take you through the mountains. There are also many hiking routes that stretch around the park, in particular from the Glendalough area. Blarney Castle
Ireland’s castles are known around the world, and of them, one of the most famous is Blarney Castle in Cork. The Blarney Stone notoriously gifts anyone who kisses it with the Irish gift of gab and has become one of the most popular tourist destinations in the country. The castle itself has a 600 year history, but there has been a castle in the area since the tenth century. Tied up in the history of Anglo-Irish relations including notable names like Elizabeth I and Oliver Cromwell, the castle and gardens make for both a beautiful and educational visit.