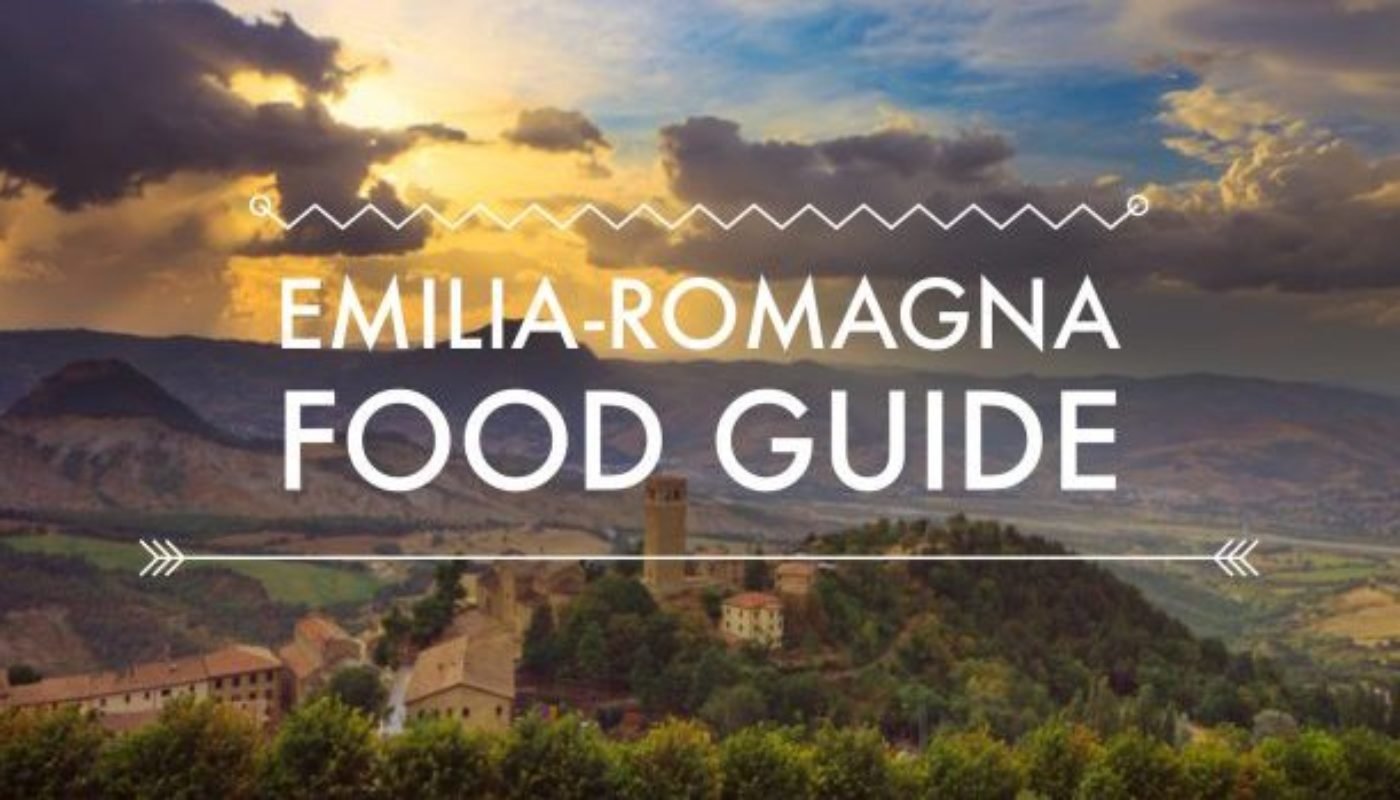 If you are going to have a cooking lesson, why not have it in one of the most famous food areas in the world?

The region of Emilia-Romagna in Northern Italy might not be a familiar name to many, but you have certainly eaten food from this lush, green province.

Anyone who has ever enjoyed Parma ham or sprinkled parmesan cheese on their pasta will know what I’m talking about.

These two famous, strictly-controlled products can only be made here, near the beautiful city of Parma.

On a recent trip to this gourmet region, we went all out and arranged a cooking class with local food tour guide Stefania Bertaccini.

Working in her gorgeous 18th Century home in the hills outside Parma, we made fresh pasta from scratch with a pork ragu and stuffed courgettes. For a man whose idea of cooking is a salad, it was a lot of fun. We rolled up our sleeves, kneading the eggs and pasta flour together to make a thick dough before flattening it with a roller and then thinning it out in what looked like a tiny clothes ringer. It was then cut into strips and left to dry.

Meanwhile, carrots, celery and onion were fried before diced pork sausage, tomatoes and later white wine, were added and then simmered for a couple of hours.

During a highly entertaining evening, we put a serious hole in Stefania and husband Ugo’s wine stocks and they treated us to a lethal homemade cocktail of strawberries, plums, grapes, cherries, peaches and apricots marinated in pure alcohol.

The cooking lesson was definitely one of the highlights of our trip to this beautiful region. Another was visiting the home of the world famous Parmigiano-Reggiano cheese to see how it’s made. Before we even saw one of the famous wheels we were stunned to see the factory had its own swimming pool, chic restaurant and busy shop where visitors and workers can enjoy exquisite food.

The parmesan plant not only turns out one of the most sought after cheeses in the world but it’s a tourist attraction in itself.

Locals flock here on a Friday and Saturday night to drink cocktails and nibble at its renowned cheeses while enjoying dinner in the trendy restaurant overlooking the pool.

We never got to see the glitzy side of this cooperative-run plant but we did learn how parmesan is made.

Arriving early in the morning we watched whey being added to vast copper vats of milk which are cultured, heated and stirred, with the cheesemakers continually checking the consistency of the curd.

Tiny grains begin sticking together and soon growing lumps are heaved into cheesecloths before being lifted, cut in two and shaped into the distinctive wheels. They are then dropped in brine for several weeks to absorb the salt.

The cheese is aged in a warehouse for at least a year and often for much more. Every cheese is checked with a tuning fork for imperfections or hollows before hitting the market at €800 per 40 kilo wheel.

The factory is a fascinating place with a staggering turnover of €2.2 billion, run by a consortium of 335 local producers and 3,000 breeding farms.

We sampled parmesan aged one, two and three years, while soaking up the sun on the poolside patio, all washed down with a local sparkling wine. It made for a very special morning.

There were several of those after we flew into Milan from Dublin and headed straight for the lovely town of Piacenza, less than an hour away. We were booked into the newly renovated and stylish 4-star Grande Albergo Roma Hotel in the historic centre.

Its fabulous 7th floor terrace has great views of the colourful town, which was the birthplace of designer Giorgio Armani.

The 13th Century former town hall and the octagonal bell tower of St Antonino Church – the Roman martyr is Piacenza’s patron saint – dating back to 375 was just a stone’s throw away.

So too was a white tower and palace, now a social security office, built by Mussolini. As we admired the view we tried a delicious local blonde ale called Polka, a cloudy Weiss beer with a 5.5 per cent kick.

There were plenty of sights to see in Piacenza including a citadel and moat and the 15th Century Palazzo Farnese, now home to various museums.

On the main Piazza Cavalli, known as Horses’ Square because of two huge equestrian sculptures of a former Duke of Parma and his son, is the Palazzo Communale, built in 1281, and the 12th Century San Francesco Church.

We had dinner in a new style of restaurant, Food.arte de Mangiare, where they choose what you eat once you establish whether you want meat, fish or vegetarian.

My starter of beef and apple with aubergine and main of pork on a bed of asparagus and berries was delicious. The dessert was yoghurt moose with chocolate drops.

The next day, we headed for the hills surrounding Piacenza for a wine tasting in a beautiful vineyard dating back to the 15th Century.

La Pusterla Strada della Viggioletta is a 70-acre farm producing 160,000 bottles a year and we tried three delicious varieties: Ortrugo, a semi-dry sparkling white made with the grape of the same name that only grows in this region; Monterosso, another sparkling white using a blend of four grapes; and Gutturnio Il Poggio, a red from two grapes.

Next stop was the stunning town of Castell’Arquato where the major sights sit around a beautiful cobbled square.

Visconti Castle, built between 1342-1349, has a 42m tower which gives magnificent views over the surrounding countryside and the town itself. In recent times it was used as a jail, with the last prisoner released in 1952.

The original 9th Century church was destroyed by an earthquake but the one standing today still dates back to 1122. A huge baptismal font, big enough to dunk an adult, survived the earthquake and is over 1200 years old.

The 15th Century Podesta Castle now houses a lovely restaurant where we had a sumptuous lunch of tortelli with spinach and ricotta, cheese and mariola sausage with honey, and vegetables in oil with a dessert of pasta frolla with chocolate.

Our next destination was the town of Sala Baganza near Parma, where we were booked into the modern Hotel Cortaccia, which opened two years ago in a 17th Century building. Its wide corridors were lined with art and the rooms were stylish and minimalist.

After visiting the local castle next door, we headed to the adjoining Les Caves restaurant, where we were treated to a feast which included tortelli filled with potato. The next day, we stopped at the impressive 15th Century Torrechiara Castle on our way into beautiful Parma.

Highlights of this bustling city included the magnificent 200-year-old Teatro Regio opera house with its 1,400 seats. The works of Verdi, who was born nearby, are often performed. Even Maria Callas sang here.

Another unmissable sight was the massive Farnese Theatre, originally built from wood in 1618 but largely destroyed in WWII and rebuilt.

The adjoining museum is also a must-see with its vast halls which include a work by Leonardo da Vinci.

We were booked into the Hotel Torino right in the centre of town and once we dropped off our bags, we headed for our pre-arranged cookery class.

When we got back to town the streets around our hotel were thronged with young city-dwellers spreading out from the nearby bars.

Our last day was spent in Reggio Emilia, another lovely city where we visited a photographic museum, aptly called Space Under 35, dedicated to unknown artists under 35.

After lunch in the popular restaurant Canossa it was on to Bologna Airport and home.

For more information about the region, visit www.emiliaromagnaturismo.com.