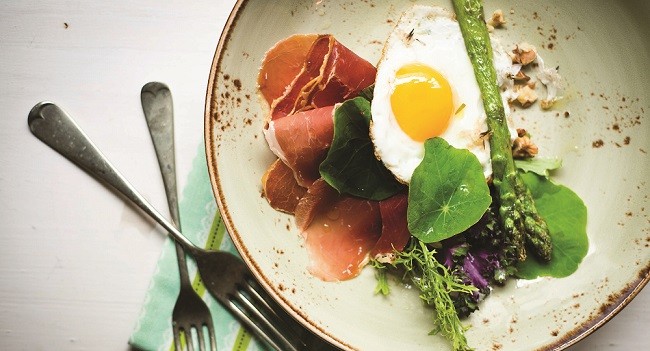 This tapas recipe works either as part of a Spanish-inspired brunch or as a tasty tapas dish in which the classic mix of eggs and asparagus is taken to the next level with the help of Serrano ham, walnuts and truffle oil. The dressing is super easy to make and accentuates beautifully all the ingredients.

Make the dressing
1. Place all the ingredients into a food processor and mix until emulsified.
2. To prepare the asparagus: Trim off the woody end of the asparagus and blanch or grill until soft. The asparagus should still have a bite to it and it should not be too floppy when held upright. Season with a little sea salt.

Make the eggs
1. Warm some olive oil in a frying pan and fry the egg until the yolk is lightly set. Remove the egg from the pan and dry on some absorbent paper.
2. To assemble the salad, place the salad leaves in a large mixing bowl and dress lightly.
3. Divide the leaves among four salad bowls.
4. Arrange the asparagus, ham, and walnuts around and among the leaves. Place the egg on top and season the yolk with a little sea salt. Finally, drizzle a little truffle oil over the entire salad. 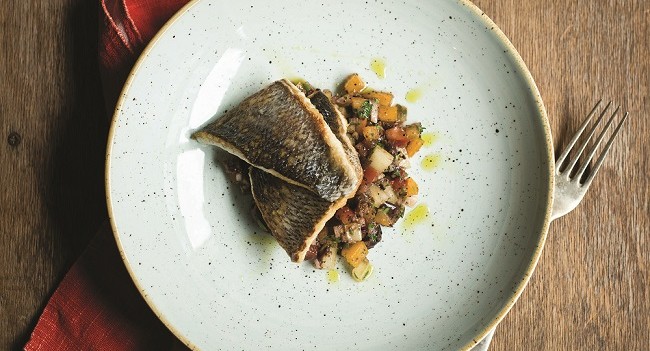 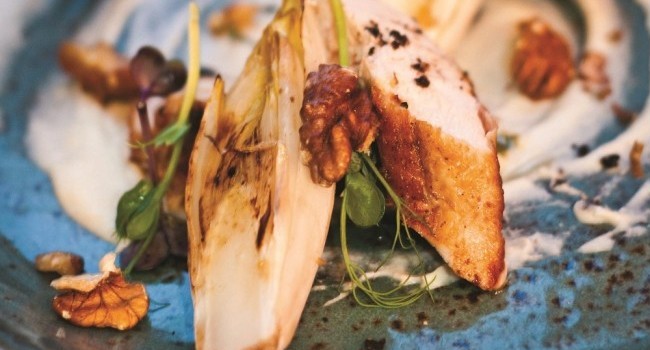 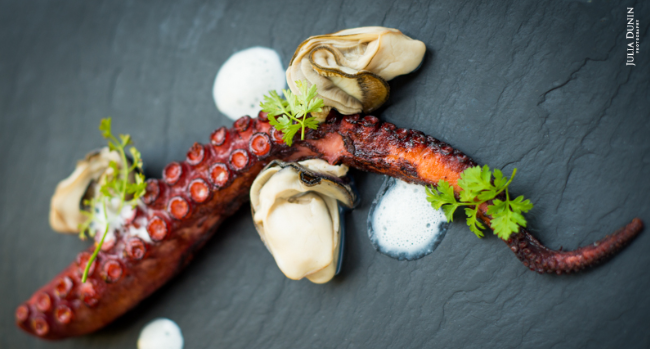 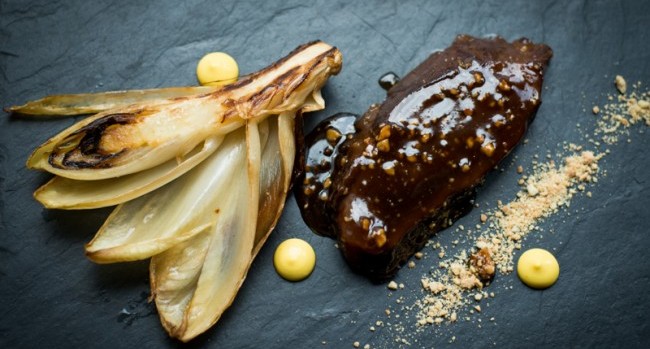