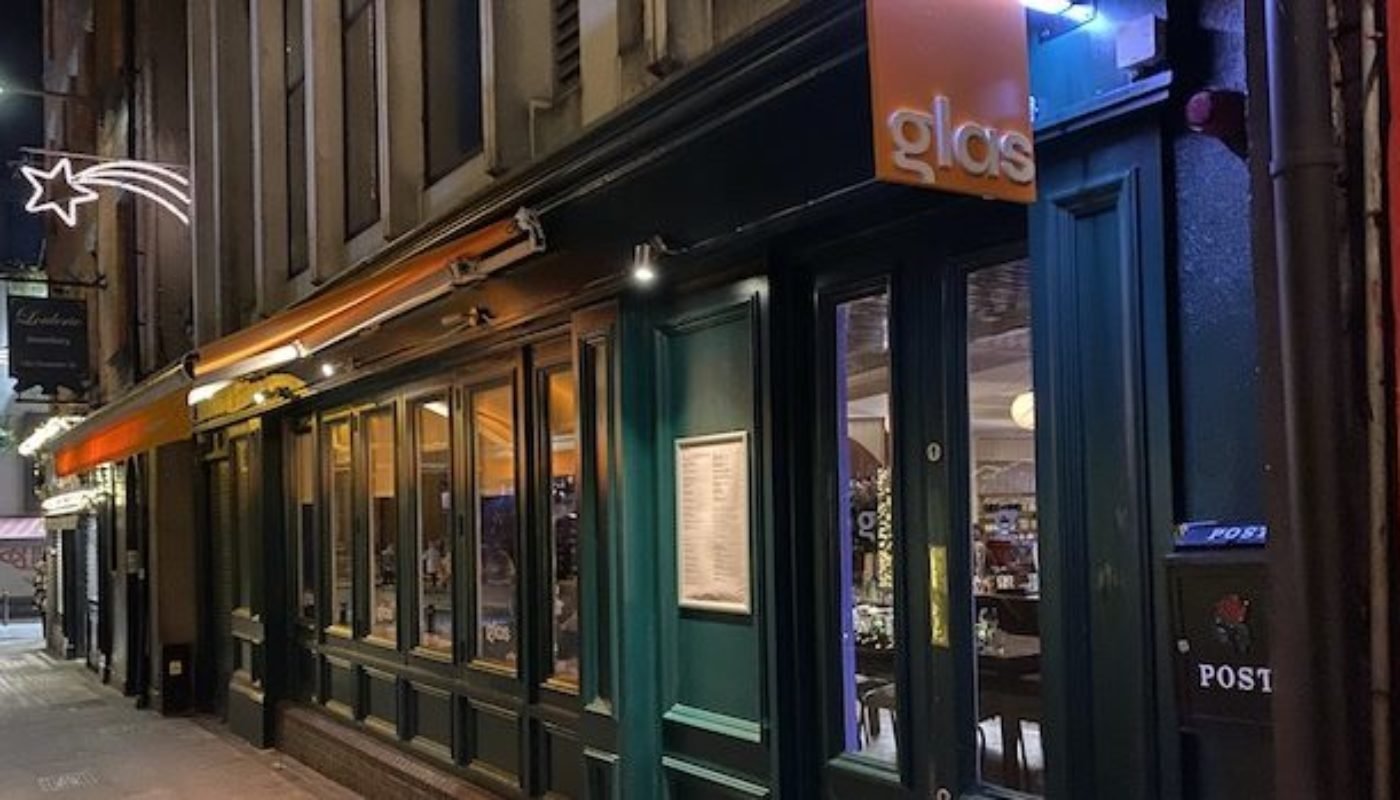 January has kicked off with a bang for Irish restaurants, and not in a good way. The dust had scarcely settled from the New Year fireworks display when the news of the closure of Fallon & Byrne Rathmines ushered landed. Over Christmas, Beo vegan wine bar also ceased trading in Stoneybatter.

Between the VAT increase and the pressure of competing with new restaurants opening at a rate of knots in the city, perhaps an appropriate resolution for 2020 is to visit our old favourites if we want to keep them around.

One of the many new spots to open its doors in 2019, Glas, promises innovative vegetarian and vegan food, ideally located just off Grafton Street on Chatham Row. Sam Moore, formerly of one of my favourite hotels, The Ice House, Malahide’s much lauded Old Street and most recently Sous Chef in (also sadly now defunct) Bart’s is at the stove. My Twitter feed, along with the sad news of closures, sees #Veganuary trending once again as so many of us seek out more plant-based choices. We booked into Glas on a buzzy Saturday night to find out if what was once fairly niche, an entirely meat-free offering, can attract and impress the masses.

Glas is a stylishly eclectic space with shades of green throughout, foliage and dimly lit cosy corners galore. Although the menu offers a generous array of choices from the saintly to the sinful, there is nothing lean and green about our starter choices, which required some deliberation indeed. For me, Beer Battered Shimeji Mushrooms sounded well worth the indulgence, and I was right. Perfect crackling-like batter encased meatier than you would ever expect mushrooms and with a chilled glass of Picpoul this was a real treat. Chunky herb salsa did a good job of cutting through the richness in this case, but even a bit of tartare sauce wouldn’t have gone astray to mirror fish and chips.

The skill showcased here in elevating the humble mushroom to something crave-worthy definitely made me regret narrowly swerving the oyster mushroom “scallops” for main course. Sweetcorn Fritters, more crispy delights, were spiked with plenty of jalapeño spice, atop zesty lime avocado purée. So far, so yum. A fantastically fresh salad of baby kale in goji berry and lime dressing would have been a welcome side on both starters, so much so, we sent in a late order for a bowl to accompany our mains.

Cauliflower is, without it a doubt, my all time favourite vegetable. Mash, rice, whole-roasted – in my house, cauli is king and when I see inventive new takes on it, like Spiced Cauliflower Ribs, I have to try. I’d go as far as to say Vish Shop’s cauliflower wings are among the best things I have eaten in Dublin, so the bar is high. The sticky BBQ glaze on the cauliflower florets was bang on, sweet and glossy deliciousness, as was the punchy and vibrant mojo verde sauce on top, but the cauliflower itself, for me, needed slightly longer cooking time to end up tender within with a bit of char on the edges. Much of this was forgiven, however, on diving into a bowl of Chickpea and Polenta Fries with fermented black garlic mayo. Almost instantly converted to the alternative fry life, my dubious date gave the seal of approval on these moreish bites with umami dip despite his initial scepticism. Take note kids – if chickpeas can become (great) chips, you can become anything.

We also added in a side of Bunched Carrots with Romesco. Traditionally hearty and chunky romesco, it was not, it was however drizzled over tasty roasted carrots with plenty of char.

A pretty plate of Homemade Agnolotti got the thumbs up from the Italophile – soft pillows encasing earthy celeriac, topped with a rich foam of steal-worthy goats cheese and the sharpness of pickled carrot shavings. This was a picture perfect example of veggies at their finest, and if other tempting dishes on the menu match this in style and substance, Glas will go far.

As many fear they just won’t be full without a hunk of meat on their plate, I can confirm that we were both stuffed come dessert. However one dish sounded light enough to share, Tropical Eton Mess with chickpea meringue. We were pleased with a much better egg-free meringue outcome than my own aquafaba attempts – like a vegan solero in a bowl with mango sorbet. Interestingly, diners of a broad range of ages filled the restaurant to capacity on this occasion, a mere month or so after opening. With particularly the older guests seeming most impressed that two veg doesn’t need meat to be a real meal, Glas is well placed to draw in crowds, both passing by and specifically seeking a vegan or veggie meal.

It is great to see more chefs embracing the challenge of creating fine food foregoing animal products and it is to be hoped that Moore’s cooking will tempt many a devout carnivore to try something a little different.

Here’s hoping Glas gets the green light from Dublin’s diners for more than just meat-free Monday.

Our bill for two starters, two mains, two sides, a shared dessert and a bottle of wine and sparkling water came to €113.50.