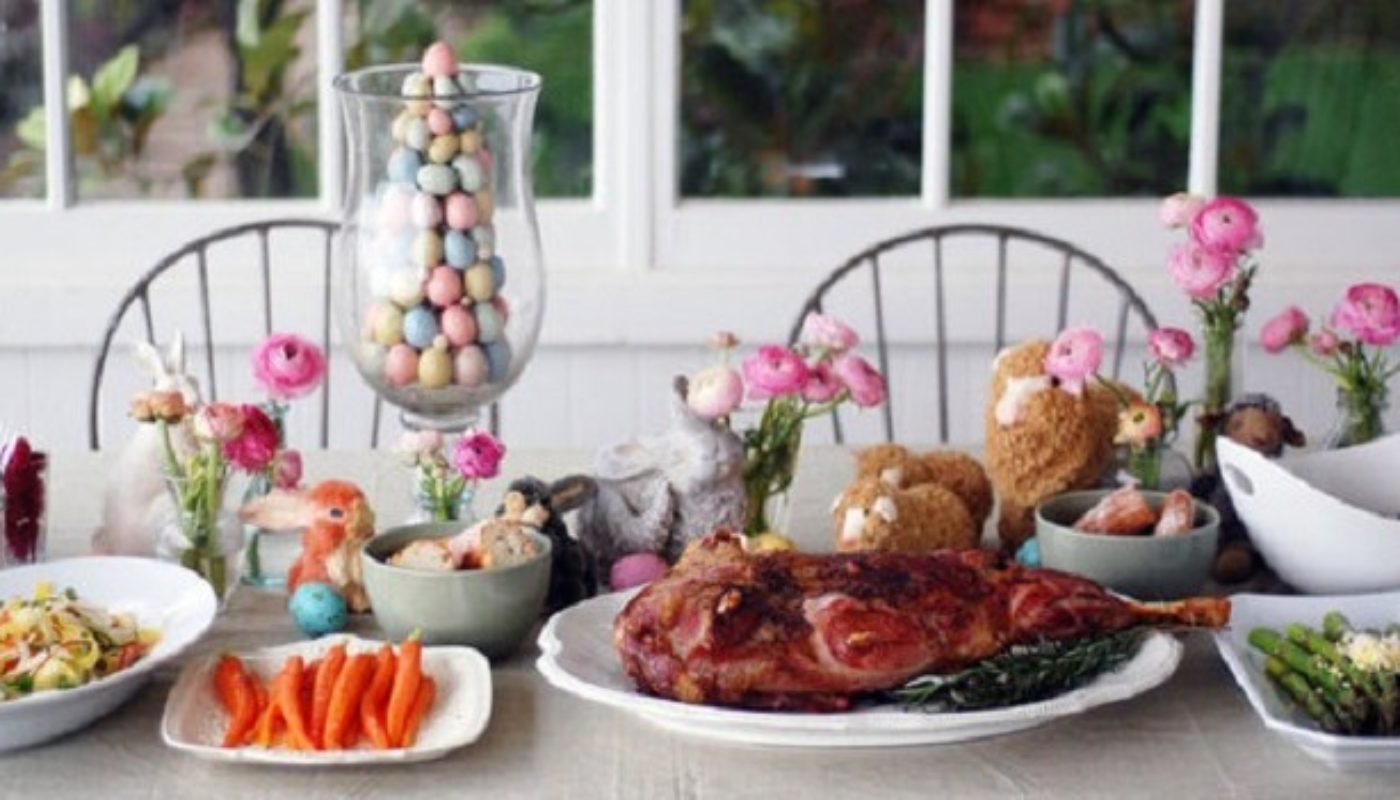 Home » Easter Dishes from Around the World

Easter Dishes from Around the World

In Ireland, like most European countries, the Easter feast centres round roast lamb. This tradition comes from Pagan Spring festivals and the Jewish Passover which both include a sacrificial lamb. All over the world, Easter dishes have lots of religious symbolism and contain elements that celebrate the resurrection of Jesus. Here are some you may not be familiar with.

Pashka is made from cheese curds and contains a variety of fruit. It is sculpted into a religious pyramid and decorated with religious symbols, such as the letters XB which means “Christ is Risen”.

Kulich is eaten in many Orthodox Christian countries such as Russia, Bulgaria and Georgia. The sweet bread or cake contains dried fruit and nuts, saffron and is doused in rum. It is tall, cylindrical and intricately decorated with colourful sprinkles and white icing. The cake is often blessed by a priest after Easter service. The Polish version is called Babka.

Instead of roasting lamb, fish forms the main Easter dish in Scandinavia, especially Herring. The saltwater fish, which is caught around Easter time, is enjoyed pickled, marinated, raw or cured. Traditionally, the delicacy is served on a bun or alongside rye bread, potatoes, sour cream and akvavit or aquavit, a special-occasion Schnapps.

In Finland they have a time-consuming pudding called Mämmi. This is a type of baked rye porridge, with a very strong molasses or malted flavour that takes days to make.

The Italians take their food traditions very seriously and have a range of Easter specific dishes. The Torta Pasqualina is a ricotta and spinach pie that has eggs cracked into it whole, rather than having them beaten in. Traditionally Torta Pasqualina had 33 thin pastry layers to represent the age of Christ when he was crucified.

The Florentine Love Knot Cookie comes from Tuscany and is flavoured with lemon. Its unique shape resembles a person in prayer.

Another sweet Easter treat in Italy is Colomba, a sweet cake similar to a Panettone. The Colomba is made with dried fruit though, not raisins, is covered with almonds and is shaped like a dove.

The oldest Easter food tradition in Spain is an elaborate chocolate sculpture called a Mona. They depict figures and scenes that celebrate history, some of which can be seen at the Chocolate Museum in Barcelona.

Torrijas are a religious dessert eaten at Easter time, they consist of stale bread soaked in spiced milk. The stale bread represents the body of Christ and the milk revives it as Jesus was resurrected.

In some regions you can find Hornazo, a savoury stuffed bread that is filled with everything from ham and cheese to hardboiled eggs and sausages.

The Greeks enjoy little biscuits at Easter called Koulourakia which are made with a butter based dough and flavours like sweet vanilla, orange, sesame, cinnamon and Ouzo.

A larger confection is Tsoureki, a sweet bread that is braided or twisted and flavoured with citrus and mahlepi (a spice made of ground cherry pits). A dyed red egg is braided into the bread to represent Christ’s blood and sacrifice.

The Tsoureki is usually accompanied by a bowl of Magirítsa, a soup made from lamb intestines and organs leftover from the lamb killed on Good Friday for Saturday’s meal.

Paçoca is a Brazilian treat that is associated with Easter and made from peanuts. The nuts are crushed with other ingredients and eaten as a candy or crumbled over ice cream.

For the traditional Good Friday meal Brazilians enjoy Bacalhau à Gomes de Sá – a casserole of salt cod, onions and potatoes. It is garnished with hard-boiled eggs and olives.

The traditional Easter Ham is given the German treatment for the Osterschinken im Brotteig. The ham is wrapped in bread dough, baked and sliced.

Holy Thursday is known in Germany as Gründonnerstag or “Green Thursday”. They traditionally eat green coloured foods and Chervil Soup is a popular choice. Pinca is a traditional cake that is like a large hot cross bun, usually flavoured with orange or lemon zest and dried fruits. It is marked with the sign of the cross to symbolise Christianity and is eaten at Easter to celebrate the end of Lent. Osterchüechli are pies or tarts that are integral to the Swiss Easter table. They are flavoured with vanilla, lemon, and almond and contain rice and raisins. Capirotada is a kind of spiced bread pudding that is flavoured with symbolic ingredients. The bread is the body of Christ, cinnamon sticks are used for the cross and cloves represent the nails. The bread is then layered with raisins, apples, apricots and nuts. Lebanese religious celebrations are not complete without Ma’amoul, little shortbread pastries that are filled with dates or nuts or both and often topped with powdered sugar. Imagine a swiss roll in a ring shape but flavoured with nuts and that is Potica, a festive Slovenian dough cake. They can also contain poppyseed, cottage cheese, hazelnut, chocolate, tarragon, leek or honey. The Swedes often include Janssons Frestelse in their Christmas smörgåsbords but it is popular at Easter too. The dish is a casserole made from potatoes, onions, cream, breadcrumbs and pickled sprats.