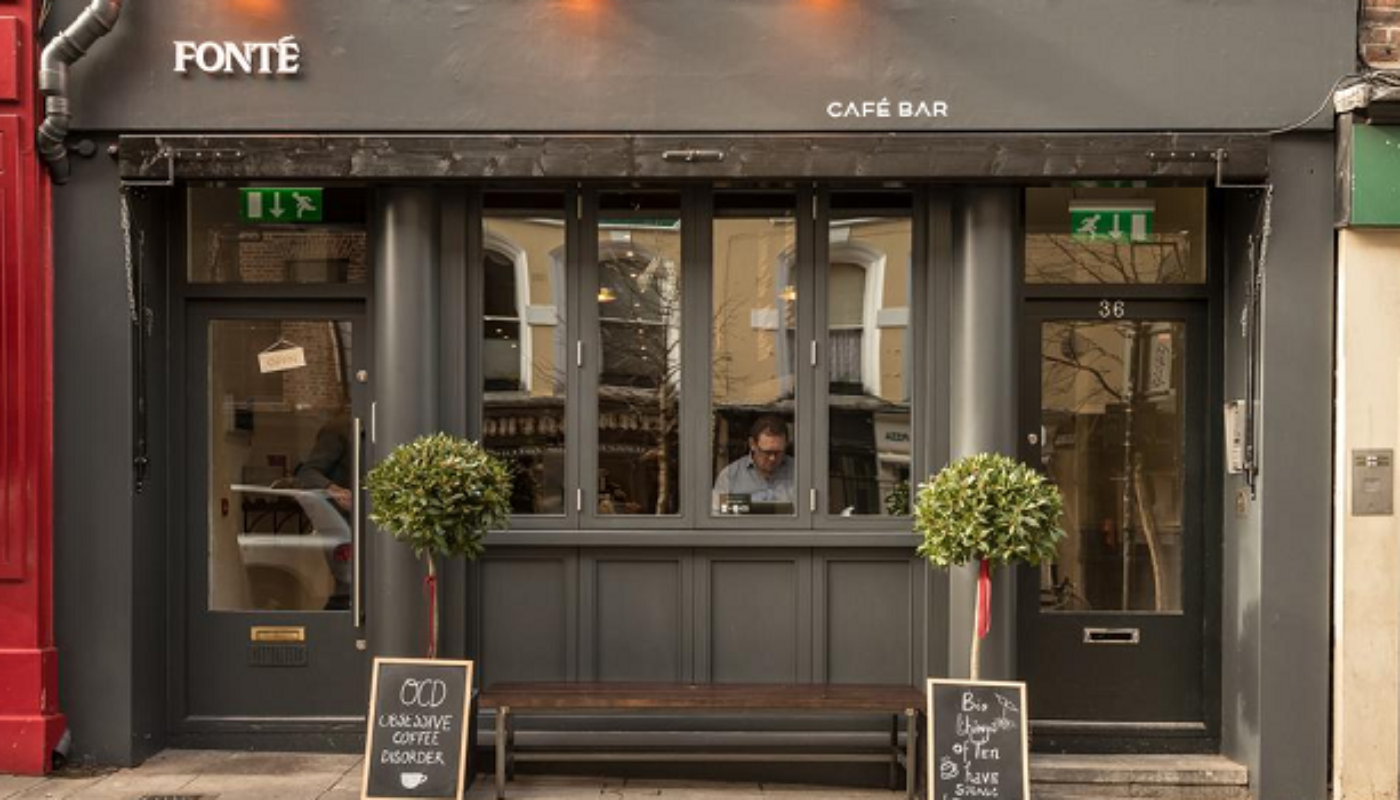 I’m not alone in admitting that without several shots of caffeine a day, I could scarcely function, but like a growing number of coffee drinkers, I want and expect my daily coffee to serve more than a functional purpose. Long gone are the days of settling for a bitter and burnt beverage (and paying a pretty penny for it) just to get a pep in my step. We wouldn’t go back day after day to a restaurant which served unpalatable food just because it lessened our hunger pangs, as hedonistic humans, taste is everything.

With Dublin’s coffee culture thriving and independent cafés and micro-roasteries outdoing traditional mass market coffee shops on every level, we have never been more spoiled for choice when it comes to savouring that little shot of happiness in a cup. We’re all on the hunt for that next great cup of coffee, that hidden gem and this means kissing a lot of frogs, but the search is ongoing. While we are riding the third wave of coffee here in Dublin, we are relative newcomers to the roasting game and with experience comes wisdom and expert craftsmanship. This was never more apparent than when I took my first step of an espresso in Fonté Coffee Bar, a new face on the Dublin scene but one with a rich roasting history behind it.

Seattle’s coffee culture is roughly two decades ahead of ours, with the first ever Starbucks opening there in 1971. Fonté’s establishment in 1992 saw a small independent roaster take on the coffee giants, and the scene there has snowballed since, making it one of the world’s go-to destinations for coffee lovers. Widely considered some of the finest coffee in the states, we know don’t have to head to Dublin airport to sample this superior sip, as Fonté opened its doors on Parliament Street earlier this year. The space itself is understated and contemporary, with black matte walls and white tiles which mirror the Fonté logo, and only a couple of tables and a window side counter ideal for watching the world go by, which is exactly where I choose to park to savour my first taste.

The slick white marble coffee bar has many an eye-catching feature, from a selection of baked goodies such as Death by Chocolate Brownies, candy coloured Macarons and walnut dusted Carrot Cake slices, but the most captivating of all is the Nitro Cold Brew tap. Easily mistaken for a beer tap (and apparently people wandered in on Good Friday hoping it was just that) this contraption provides a steady stream of what was the coffee addicts treat du jour during the warmer months.

As staff at Fonté are keen to engage, guide your choice and have a laugh in the process, James catches me eyeing up the tap and offers me a taste, and I can tell you, this stuff is powerful. Steeped for up to twenty hours, its caffeine content is many times greater than your regular espresso yet subtle flavours like cacao do come to the fore brightly in this incarnation.

As Nitro Cold Brew is made with F2, Fonté’s specialty single origin beans from Central America, East Africa, and Indonesia and I’m a fan of the inherent sweetness, I opt to try the F2 in Oat Milk Flat White form. As Oat Milk is considered by baristas to be the best non-dairy milk for steaming, it is always a positive sign when it is listed on the menu and I thoroughly enjoyed its subtle toastiness against the chocolatey notes of F2 – flat white goals for other cafés for sure. As at this stage I was getting kind of hooked, I decided to also sample Fonté’s signature espresso, pulled tight and served in a dainty espresso glass. The First Avenue Blend used for espresso here is named after their store in Seattle and offers notes of honeyed caramel with no bitterness – a little shot of the sunshine neither Seattle nor Dublin is known to enjoy, meaning we need it all the more.

Keen to know why the contents of the cup appear to shine more brightly than its competitors, James explains the concept of bean to cup – like farm to fork in food parlance – which sees Fonté’s master roaster Steve Smith travel to the regions like Kenya, Myanmar and Sumatra to deal directly with the farmers. This level of commitment is then mirrored by the fact that Smith hand roasts every single batch, in different ways to maximise the flavour profile of each unique bean. The roasted beans are then shipped from Seattle to Dublin within hours of roasting, once a week, to ensure the finished product is always exceptional.

While I am by no means a coffee expert, I felt like I could have spent hours here drinking in the knowledge each barista was keen to share, they are clearly passionate about the real black stuff and this makes a trip to Fonté so much more than a coffee pitstop.

Discovering that there is also a cosy and kitch-y heated outdoor terrace called the Secret Garden at the back, I decided to linger longer and grab a salad bowl from the menu, which included breakfast temptations like Smashed Avocado Toast with tomato relish, Overnight Oat Pots and a selection of sandwiches. I tucked in to a Club Sandwich sans bread, a generous bowl of smoked chicken, perfectly crispy bacon and rocket salad – a stellar lunch option for €6.50. Finally taking my leave after trapsing around tasting and living the caffeine dream, I couldn’t help but feel like there’s something special about Fonté as a café, it is a personalised coffee lover’s experience for people of all levels of expertise. The staff are fantastic, the food offering is extensive (I’ll be back for brekkie) and of course, the coffee is so much more than functional – it is up there with the best in the capital. As Fonté isn’t on my way to work, I left with a bag of F2 beans and a French press, so necessary was it to ensure that my next Fonté fix was at my fingertips – and I’m happily sipping on a cup right now and that says it all. If you love coffee, want to learn more and are keen to tick off your list of must-visit cafés in Dublin, get down to Fonté pronto and be prepared to contemplate changing your morning commute route – I am.