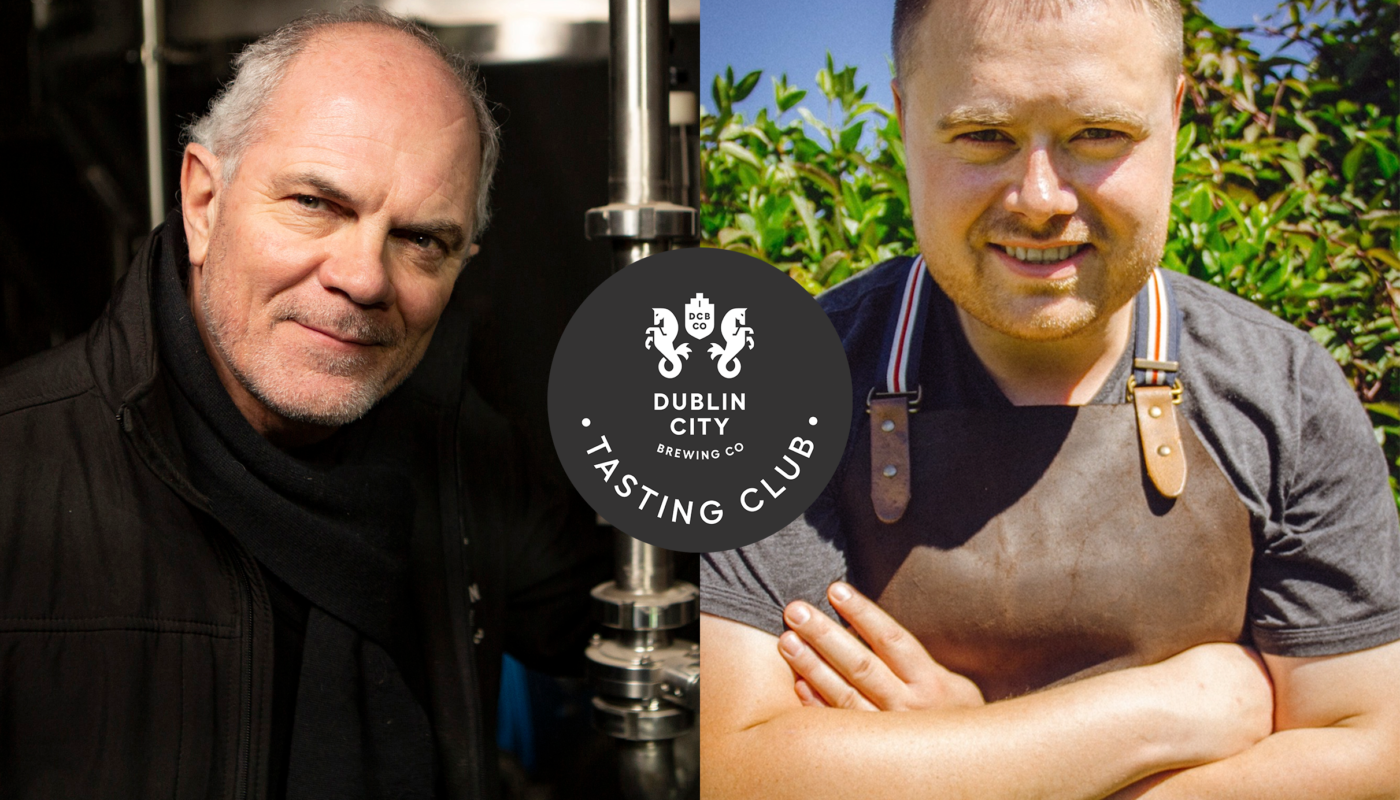 With two sold out shows now behind them,  Dublin City Brewing Co. are very happy to share details of the April edition of their new monthly online event, Dublin City Brewing Tasting Club.Taking place on the last Thursday of the month at 7.30pm on Zoom, it sees head brewer Fergal Murray host a tasting of three of their beers and a special guest food or drink producer joining him.  The guest will talk with Fergal about how they would pair and enjoy a Dublin City Brewing beer with one of their culinary creations.
Andy Noonan is without doubt, the undisputed barbecue King of Ireland! In 2017 he established The Big Grill Festival in Dublin’s Herbert Park. It went on to become the largest BBQ festival in Europe. After lockdown forced its temporary closure, he quickly set up Baste BBQ on Clanbrassil Street complete with outdoor dining and click & collect services. For close to a year now, he’s been cooking up his now infamously popular 8 hour smoked Angus beef ribs, whole smoked chickens and free range pork belly as well as a huge array of other delights. More recently he’s added a shop to the location selling his own sauces, spices and a range of wines. On the night, he’ll be demonstrating how to make his Pale Ale Sauce for grilled chicken using the Baste All Purpose BBQ Rub, Patriot Pale Ale and some honey.
Fergal Murray, head brewer says,
“Barbecued food and beers go together beautifully. Now that we’re finally enjoying some sunshine, I can’t wait to get some tips from Ireland’s leading pitmaster Andy Noonan. And I hope I can share some of my beer knowledge with him and all our guests to further explore this style of cooking with our lagers and ales.”

Geoff Waddell, MD of Dublin City Brewing adds, “As a native of Australia barbecuing is in my genes. I’m really looking forward to Andy’s cooking demonstration on the 29th. Maybe once and for all he can answer the burning question, how do you throw a shrimp on the Barbi? I’m personally really enjoying our tasting club and each time Fergal brings a new approach and perspective to his amazing brews. Thank you all for the great support. See you then!”

Dublin City Brewing are forging a path that will celebrate all that is best in the local and national Irish community. From supporting artists to collaborating with neighbouring businesses, Dublin City Brewing Tasting Club is the first in a series of initiatives that will champion the crafts and cultures of the people of Ireland.

ABOUT DUBLIN CITY BREWING CO
Despite the setbacks caused by the pandemic, Dublin City Brewing Co’s spectacular new facility is set to begin operations in the spring of 2021. The 11,000 square foot property, located in the Parnell Centre on Parnell Street, will comprise a brewery with the capacity to produce 5 million litres of premium beers per year, making it the biggest independent brewery in Dublin’s city centre. It will also have a visitor centre providing guided tours, with a capacity of up to 200,000 people per annum, and a merchandise shop. Work commenced on the site in January 2018, with all design and project management handled by David Wright from Caulfield Wright Architects. The business is expected to employ about 50 people in due course.

Every element of the Dublin City Brewing Co’s production and packaging will be done in-house, to ensure that the highest level of quality is maintained. There are eighteen 140 hectolitre fermentation tanks that will feed into the brewery’s own keg, canning and bottle lines for both national and international distribution. Guided tours of the brewery will be conducted on a mezzanine level overlooking production so that guests can take in all the sights and smells of the beer as it is being made. The tours will be held seven days a week and will end at the Taproom where guests can sample all the beers. The Taproom will also see the master brewer host exclusive tastings and, in addition to this area, there will be a private event space. As well as its own products, the merchandise shop will stock products designed by Dublin creatives and it will be adjoined by an area kept for local businesses to showcase their products. Dublin City Brewing Co’s management team comprises a number of very experienced  drinks and hospitality industry professionals with diverse skill sets and backgrounds. They include managing director Geoff Waddell of The Woolshed Bar and master brewer Fergal Murray, whose last role was master brewer and Global Brand Ambassador for Guinness.

The entire €15 million project has been independently funded thus far but there will be a crowdfunding campaign launched in the second quarter of the year for the final raise of capital.