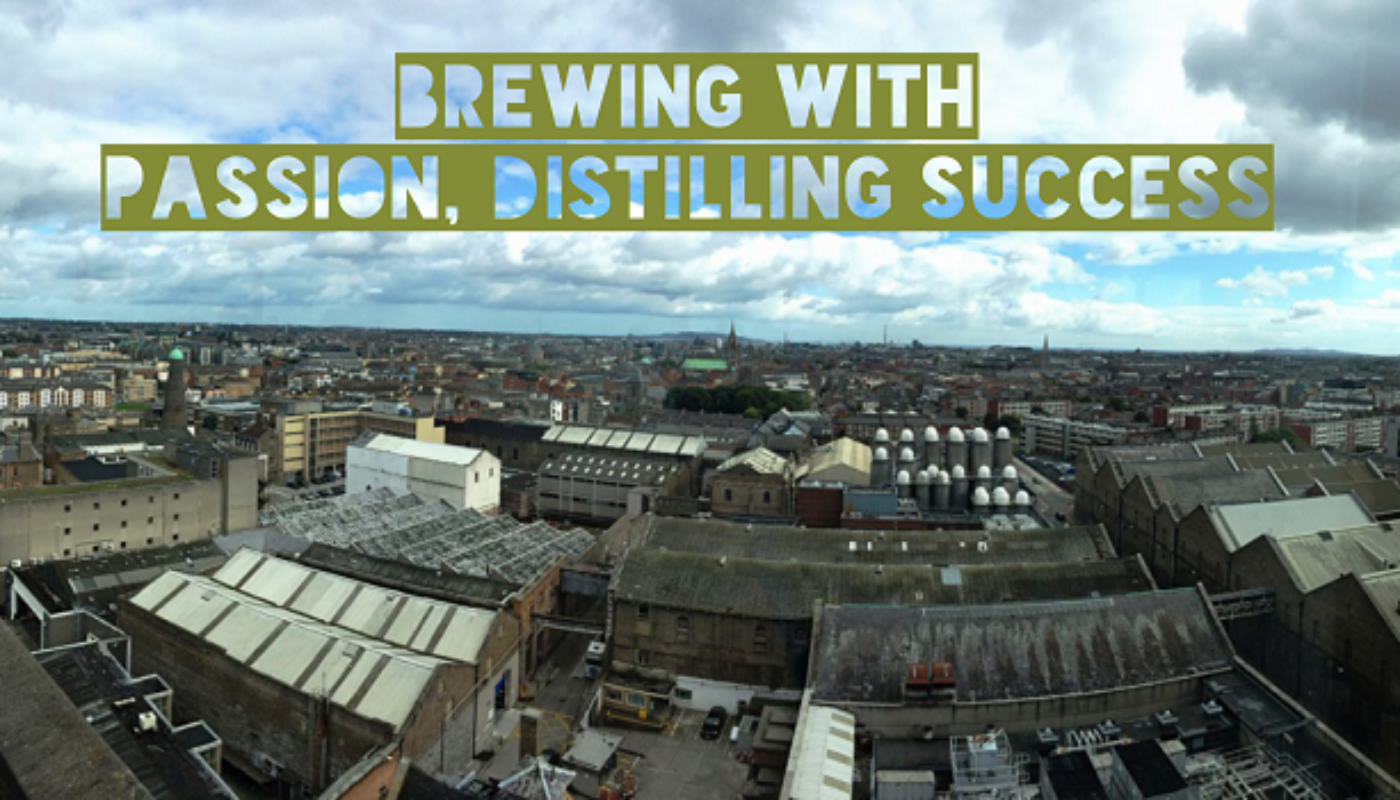 Home » Dublin 8: On the Verge of A New Golden Age for Craft Drinks

Dublin 8: On the Verge of A New Golden Age for Craft Drinks

“Irish Whiskey is now having its best moment in the last 150 years”, said John Teeling recently during the launch of the book The Whiskeys of Ireland, by Peter Mulryan. He added that “in ten or fifteen years, the industry will be taking its rightful place”, especially when it comes to premium whiskeys.

Far from wishful thinking, Teeling’s speech highlighted the renaissance that the spirit is experiencing. “Irish whiskey is no longer history, it is news”, added the book’s author, Mulryan, as he announced his retirement from writing to dedicate himself to making whiskey at the Blackwater Distillery in West Waterford, which he opened in 2015.

It’s not just whiskey, it’s also artisan distilled spirits and craft beer, and as the industry is shaking nationwide, the epicentre can be located in Dublin 8, an area with a rich history both in brewing and distilling, where it seems like the future is about to overshadow the past as interest and investment are bringing new businesses both at the artisan and at large scale.

This is is not the first time Dublin 8 is hailed as a world-class distilling and brewing hub. “Those companies that had survived the dual onslaught of temperance and famine staged an heroic comeback towards the end of the nineteenth century, and basked in the warm glow of a whiskey boom” (P. Mulryan). Around that time, George Roe and Son in Thomas Street was the largest distillery in the country. Dozens of smaller distilleries and breweries thrived in Dublin 8, specially in The Liberties and around Blackpitts and Fumbally Lane.

But history was cruel to Irish whiskey and those golden years were gone with the century. The first half of the 20th century saw World War I in Europe and the War of Independence in Ireland, followed by Prohibition in America and then The Great Depression. Sales of Irish whiskey dropped and the spirit went from a market share of nearly 60% to about 1%.

During a recent tour of the Teeling Distillery, optimism felt strong and well informed. Jamie, our guide, explains that the figure has been growing again in the last few decades and it’s now at 5%. “Irish whiskey in the last 20 years it’s been the fastest growing category in distilled spirits”, he adds. And while the company takes pride in being the first to open in Dublin in the last 125 years and the first to distil whiskey in the city in over four decades, new neighbours have already started to arrive.

Ciaran Reilly from Dublin City Gin speaks of a new “Golden Triangle” for whiskey  and craft beer in Dublin 8 on an unpublished essay that he kindly shared with TheTaste.ie. The original triangle enclosed over 37 distilleries and breweries in The Liberties and the 21st century one is not only going to be a hub of global importance for producing, but also for tourism, as many of the new companies opening in the area have incorporated appealing visitor experiences to their activities.

The story of Arthur Guinness securing a 9,000 year lease for his brewery in what we know today as Dublin 8 is one of the most famous  in Irish beer lore, and while they’ve been brewing through good times and hardship, the constant presence of the iconic stout factory transformed in 2000 when the Guinness Storehouse opened as a tourist attraction that quickly became one of Ireland’s most popular.

The Guinness Storehouse is a multi-sensory 7 storey experience where visitors discover the history and what goes into the making Guinness; and get the opportunity to pour and enjoy a pint of Guinness in a bar with 360 degree views of Dublin. They have progressively upgraded and modernised the attraction, keeping it current and bringing people all over the world to Dublin 8, and they’re a driving force behind the reputation of the area as a brewing hub.

The Open Gate Brewery, supported by Guinness, opened its doors to the public last November. Padraig Fox, General Manager, explains that the place is a working brewery “housing some of the most innovative brewers in the world.” Open Thursday and Friday evenings, “visitors have a chance to meet our brewing experts and beer specialists in their place of work, and discuss the brewing process happening around them and also sample a range of brews, some of which will never leave the gates”, Fox explains.

There is a multiplier effect in what they do, and as Padraig Fox points out, the first guests they welcomed were 30 independent brewers from around Ireland. Regarding their involvement in the community, Fox highlights their “Learning for Life” programme, which provides local people with key skills to develop careers in the hospitality and on-trade industry. “Participants in Learning for Life spend eight weeks in a training facility, then they spend four weeks working in a hotel chain, bar or the Guinness Storehouse.” To date, they have a 65% success rate of young people kept on in paid employment.

We are delighted that there has been a renaissance in the brewing process and that we are very much part of the movement. Dublin 8 has a rich history of brewing and distilling and we feel it adds colour to an already vibrant area

On the artisan scale, The 5 Lamps Brewery is a successful newcomer. Brian Fagan, owner and creator of the company explains that their initial location when he opened in 2012 was in the North Strand, “by the iconic Five Lamps and hence our name”, but in 2013, the brewery moved to “the heart of the Liberties” and the names of their products show how quickly they’ve become proud locals: Liberties Ale, The Black Pitts Porter and Honor Bright Red Ale.

“Dublin has a rich tradition of drink production (both beer and spirits) which had declined over the past 150 years and The Liberties was the heart of that brewing and distilling industry. It was where the River Poddle comes above ground just outside the old city and so the water was at its cleanest. This is the ground zero of Dublin Brewing and so it is very important part of our story and our beer”, Brian explains.

He works closely with another D8er, 57 The Headline, a local gastropub that features their beers and for which they make occasional once-offs. Brian also runs regular tours of his brewery for customers of the pub. “A local farmer uses the spent grain and we support local charities like Solus, a drug awareness program, he adds, and the love goes both ways as more local business offer their beers, such as The Fumbally, Bull and Castle and The Duke.

Whiskey wise, two large projects have coming-soon status: one is backed by Alltech, an American-based company founded by Irish businessman Dr Pearse Lyons. As stated on the company’s blog, the Pearse Lyons Distillery is set to open in the spring of 2017 at the historic St. James’ Church, which the company bought in 2013. Part of the project includes “rejuvenating the property back to its former glory to make it a thriving tourist destination”, reads the release.

The other one is the Dublin Whiskey Company, located at Mill St., The Liberties, which is scheduled to open by the end of this year and will feature a working distillery and a visitor centre. It was bought earlier this year by UK group Quintessential Brands, it will host The Dubliner and The Dublin Liberties whiskeys.

Love the new walk to work, passing by the beautiful building which houses @DublinWhiskey pic.twitter.com/goiptXC8QV

Another recent addition to D8 is the Artisan Beer and Wine Academy, which opened last July on Thomas Street and offers courses in beer brewing and winemaking. Don Ryan, owner and director of the Academy explains that the classes are conducted by Kevin Summons Walsh, award-winning Master Brewer and WSET Level 4.  “TheLiberties has a strong brewing and distilling tradition and it made sense to open in the area”, he says that besides being a part of Dublin’s “craft beer movement”, he wants his academy to show people how to make their own wine (for this purpose he brings base must from Europe which is fermented and blended by the students).

“If you build a distillery near the Guinness Storehouse, you’re going to get lots of tourists”, said Ally Alpine, Managing Director of the Celtic Whiskey shop during a recent conversation with TheTaste. With over a million visits per year, the Guinness Storehouse is one of Ireland’s main tourist attractions, and even if only a small portion of its visitors did a second or third drinks-related activity while in the area, it would have a great impact.

All the elements are there for the creation of a top class Distilling and Brewing trail in D8: there’s now a combination of global and well established brands and independent, artisan new businesses, all within walking distance from each other; the area also features some other important tourist attractions such as St. Patrick’s Cathedral, the Irish Museum of Modern Art, Kilmainham Gaol and Phoenix Park (with Dublin Zoo within), and a good mix of restaurants and cafés have also opened in the district in the last couple of years, from the critically acclaimed Bastible to more casual, friendly cafés and pubs such as The Beer Market, Gaillot et Gray and 57 The Headline.

It is an exciting time for whiskey and craft beer lovers around The Liberties and for those who visit it. Now it’s only a matter of time for someone to connect the dots and unite all these elements into an amazing trail that shows both the heritage and the potential of The Liberties and Dublin 8. 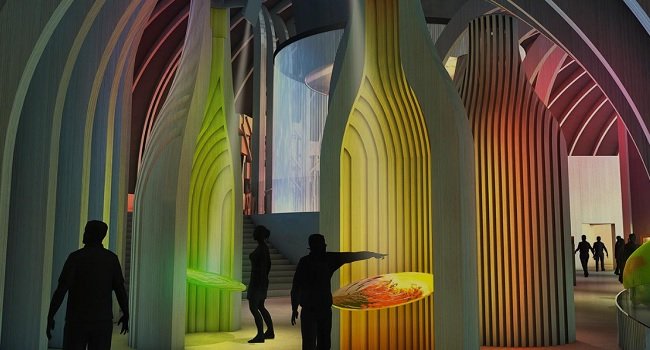 Queue for More than Just Drinkin… 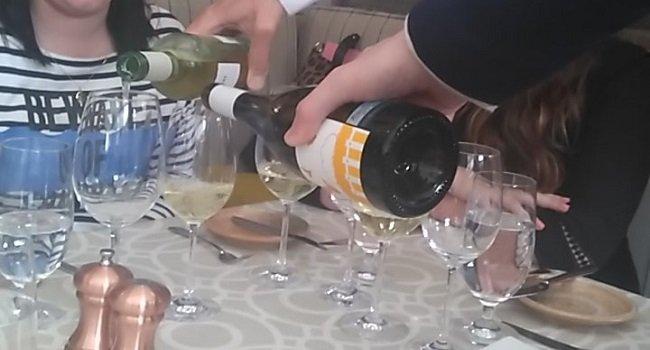 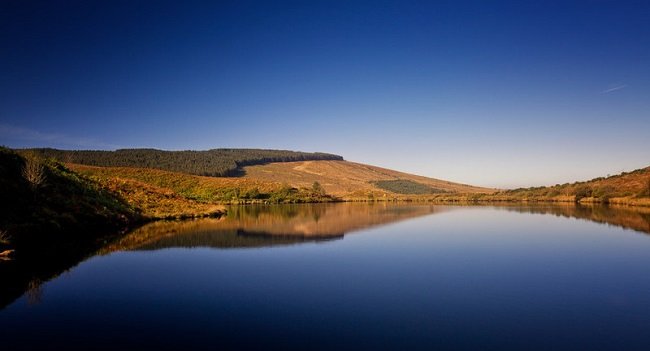 Discover a Rivers and Loughs Foo… 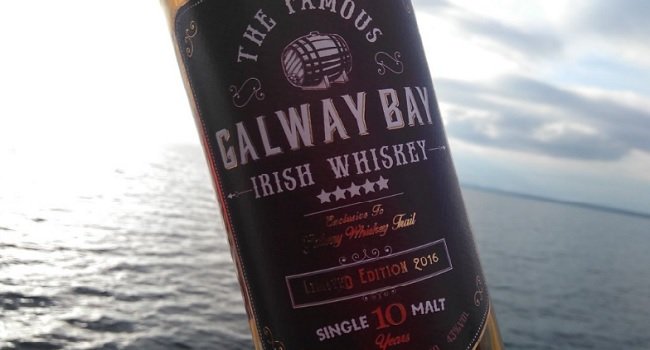