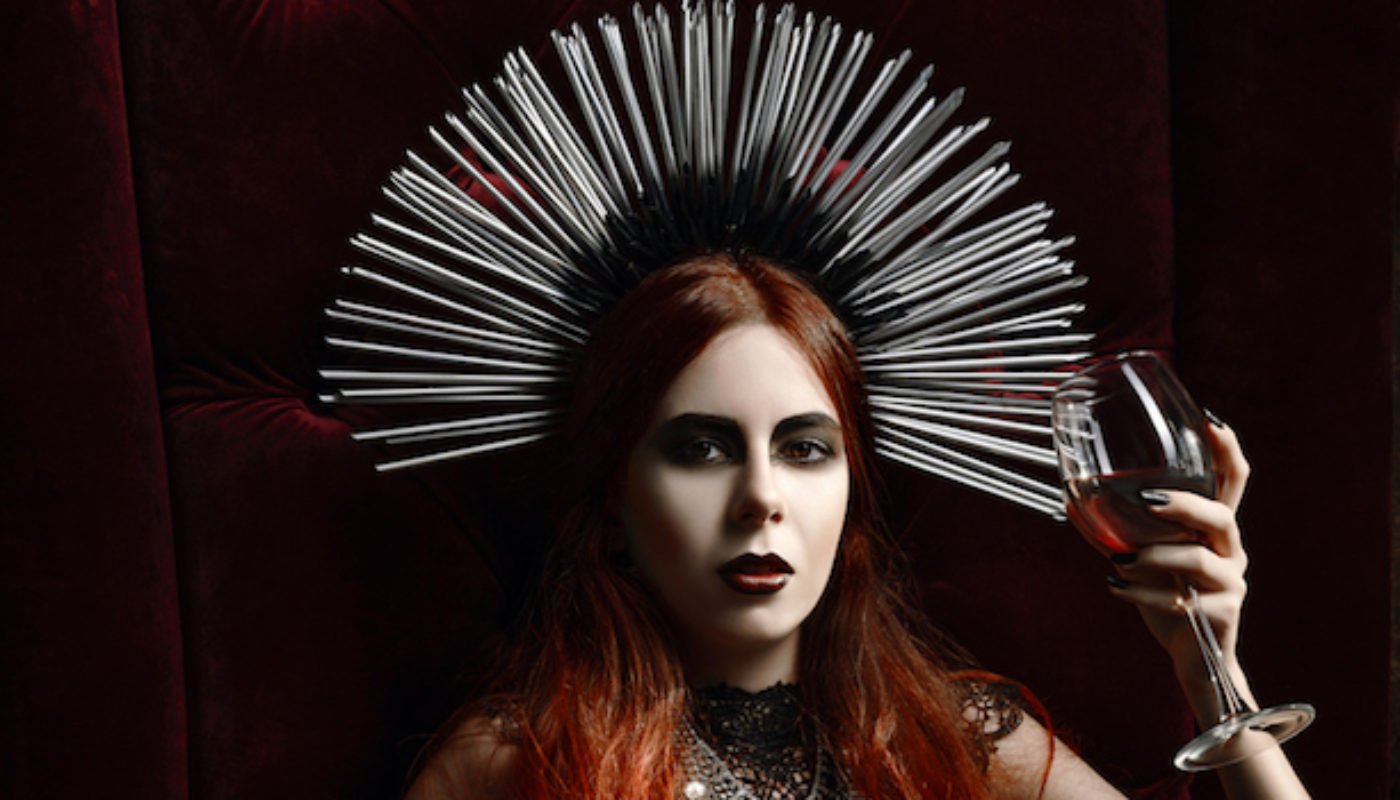 Home » From Dracula to Dr. Lecter – Drinks from Horror Stories

From Dracula to Dr. Lecter – Drinks from Horror Stories

Superstitions and spooky stories around drinking are aplenty and spread from folk tales to literature, towards all corners of the world: don’t toast with an empty gass in Spain and don’t break eye contact if you’re in Germany. Around the Caribbean and parts of Latin America, you might want to pour the first drops of a spirit on the ground as a present for the dead, and in Japan you should practice the “shaku suru”, meaning you pour sake for others and let others pour for yourself.

Once you list a few traditions, you’ll start to spot a pattern: there is an ancestral link between drinking together, camaraderie and thinking of others. The fact that these often come with a scary “or else” (ranging anywhere from potential streaks of bad luck to offending those on the other side) might be a not-too-subtle way to nudge guests into being sociable and polite.

Besides these traditional customs, there are many stories linking drinks with the mysterious, the unknown, the magical and the simply frightenight.

Historian and beer expert Christina Wade made an effort to demythify the figure of the medieval alewife, which so many have wrongly associated with the modern depictions of pointy hatted witches (think black cats and flying brooms). Yes, they might have had cats in common, but as she explains:

Cats were long associated with evil and heresy. When the heretical trials gave way to witchcraft cases so too did the felines come to be associated with witchcraft. This was not related to alewives keeping cats to catch mice from their grain…”

The book Whiskey Women: The Untold Story of How Women Saved Bourbon, Scotch and Irish Whiskey (F. Minnick), shows a similar erroneous association between the occult and aquavit women, who were some of the first distillers in Europe.

Between 1,5000 and 1,660, historians believe Europe executed between 50,000 and 80,000 alleged witches. Eighty percent of these victims were women, many of whom had been caught with aqua vitae.”

And while history can at times be scarier than fiction, that has never stopped writers from coming up with chilling stories.

Perhaps one of the most well known horror tales involving drinks is The Cask of Amontillado by Edgar Allan Poe. The story, published in 1846, focuses on a man’s revenge against a former friend who has wronged him. It set in Italy during carnival and the murderer lures his victim to death with the promise of a private tasting of a very rare vintage of Amontillado, that coppery coloured, aromatic variety of Sherry that sits somewhere between the delicate fino and the sturdy oloroso.

And so, the killer appeals to the corpse-to-be by revealing the aforementioned cask…

I said to him—”My dear Fortunato, you are luckily met. How remarkably well you are looking to-day! But I have received a pipe of what passes for Amontillado, and I have my doubts.”

“How?” said he. “Amontillado? A pipe! Impossible! And in the middle of the carnival!”

“I have my doubts,” I replied; “and I was silly enough to pay the full Amontillado price without consulting you in the matter. You were not to be found, and I was fearful of losing a bargain.”

After some good old fashioned 19th-century-style social engineering, Fortunato (whose name ironically translates from Italian as “fortunate”) accepts the invitation and they both head to the vaults. First he is offered some Medoc, then “a flaçon of De Grâve.” Host and guest descend into the catacombs but by the time Fortunato realises it was a trap, it is too late. He ends up chained and walled in a niche in the catacombs, left to die by his “friend.”

Another classic, published in 1886, revolves in good measure around a drink.  The Strange Case of Dr Jekyll and Mr Hyde by Robert Louis Stevenson, tells the story of how Dr. Henry Jekyll creates a serum to separate evil from his personality. Spoilers, it goes horribly wrong. While the fantastical drink is not said to be an alcholic beverage, the tale of a man letting his dark side run free after imbibing a potion does hint at some subconsious fear and perhaps tempation of loosing control.

And speaking of horror and drinking, no other work of literature blends the two in a more blood-curdling way than Dracula. Bram Stoker’s iconic Gothic horror novel was the codifier of countless vampire tropes. Published in 1897, it starts with Dracula moving from Transylvania to England with the help of Solicitor Johnatan Harker, who wrote on his journal about having a couple of glasses of Golden Mediasch wine, “which produces a queer sting on the tongue”, before meeting the count.

In case you’re wondering, Golden Mediasch is a type of sweet wine named after the Romanian city of Mediaș. But we all know that is not the most famous, or should we say infamous, beverage of the book: the two dots observed on Lucy’s neck after she’s been diagnosed with acute blood-loss are just the beginning.

While Dracula and subsequent vampires drank blood, another famous literary monster with a clear drink preference is perhaps even scarier because it feels more plausible.

Cue Dr. Hannibal Lecter, whose famous line in the movie The silence of The Lambs goes: “I ate his liver with some fava beans and a nice Chianti.” Fans of the book might point out the screen adaptation changes the wine from Amarone, as it was tought that the big Italian red would be a bit too obscure for Hollywood.

And that is not the only interesting fact about that scene. Patients who are taking a type of antidepressants known as monoamine oxidase inhibitors, or MAOIs are given a list of foods and drinks high in tyramine they must avoid which includes liver, fava beans, and red wine. This was a subtle hint to the fact that Dr. Lecter wasn’t taking his meds, as being a psychiatrist himself, he would have known that such dinner could be fatal while on this medication.

While the Chianti is recogniseable for movie goers, his psychopath ways are highlighted more strongly in the book, as Amarone pairs better with liver, showing a level of macabre sophistication that paints a chilling picture of the character.

Many other famous stories feature some degree of drinks related horror… A Clockwork Orange‘s drug-laced milk a.k.a. Moloko Plus is drunk by the protagonist has as he prepares for “ultraviolence”, and since I’m bringing up Stanley Kubrick classics, can’t forget to mention The Shinning’s iconic “red rum” as well as the memorable bar scene in which Jack orders “a bottle of Bourbon, a little glass and some ice.”

Onto Alice in Wonderland‘s “drink me” potion which makes her shrink to ten inches tall of cours, ande, the numerous magical beverages from the Harry Potter saga: polyjuice to appear as someone else, Veritaserum to force someone to tell the truth and Wolfsbane potion, used to cause a werewolf in wolf form to act subdued and tired. Of course, reknown authors don’t have the monopoly on drink and spookiness.

The following urban legend has many versions…

There was a couple in Scotland who moved into an old castle. While working on some renovations, they found a large barrel of wine in the cellar. To their delight, it was heavy with wine. They drank some and threw a housewarming party to share the rest with friends, they even let people take some bottles home after the party.

The next day, after all the wine had been drank, they tried to move the barrel but it was still heavy. They decided then to open the top of the barrel and found a dead man inside, whose body had been preserved thanks to the alcohol.

Some variations change the drink for rum or brandy, and in some versions, the barrel is found by sailors on a long journey, but the ending is always the same.

There might be, however, some truth inspiring this myth. Before the invention of refrigerators, it was not unheard of preserving a dead body in alcohol if it was going to be transported for long distances. In fact the expression “tapping the admiral”, which means to take a small quantity of a strong drink, references the story of what happened to Admiral Horation Nelson’s body after he was killed in the Battle of Trafalgar.

His body was preserved in a cask of Brandy (some say rum) so he could be transported back to England. On arrival, it was discovered that the alcohol had been consumed by the crew through a small hole drilled on the barrel. The rum cocktail “Nelson’s blood” also takes its name from this tale.

Moral of the story? If you stumble into a mysterious barrel of booze, open it and make sure there’s no dead Napoleonic Wars veteran soaking within.

Ah, and if an old enemy invites you to a basement with the promise of an expensive wine… run!