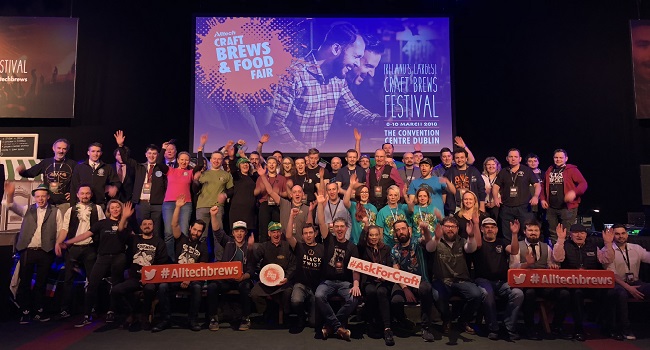 Last weekend, craft beer and spirits enthusiasts gathered to celebrate their favourite drinks at the sixth edition of the Alltech Craft Brews and Food Fair, which took place in the Dublin Convention Centre. As the festival concluded on the 10th of March, over 5,000 attendees and more than 60 exhibitors were encouraged to #AskForCraft all year round.

The campaign, launched at the festival, aims to motivate people to seek for craft drinks outside of festivals and special occasions.

During the event’s opening night, Gearoid Cahill, Head Judge, Alltech Craft Brews & Food Fair called for a toast to the memory of Dr. Pearse Lyons, Founder of Alltech, who passed away on the 8th or March. “We received some very sad news on opening night that our Founder and dear friend, Pearse Lyons, had passed away surrounded by his family. Pearse was an outstanding champion for craft brewing and distilling in Ireland and internationally. Alltech Brews was his brainchild six years ago and he attended every event up until this year, mingling with exhibitors and visitors alike. He was incredibly proud to see the fair continue to grow and loved to see new and innovative craft brewers and distillers emerge each year. It is now up to all of us to carry on his legacy into the future”, Gearoid said. 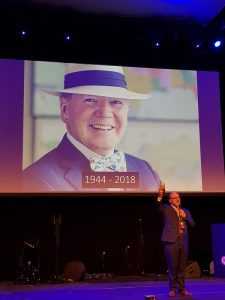 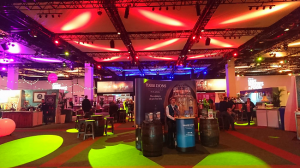 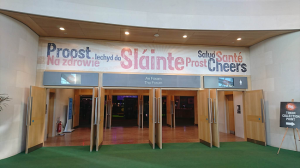 The occasion also allowed for the announcement of the 2018 winners of the Dublin Craft Beer and Cider Cups. M63 Bulldog from the Fűtőház Sörfőzde brewery from Hungary was chosen as the overall beer winner and the overall cider winner was Longueville Mór Cider from Longueville House in Cork. The Imperial Stout made by The Boyne Brewhouse, Drogheda was awarded Best in Ireland.