Doughnut Disturb: This Hotel Delivers a Giant Doughtnut to your Room 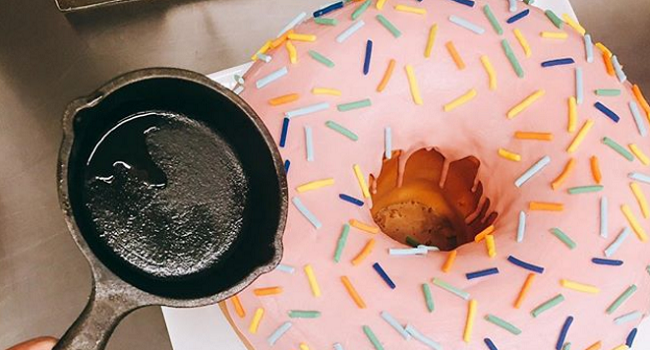 Hotels have countless ways to surprise their guests with amenities and appealing extras, but none as sweet as the JW Marriott Desert Springs Resort’s in California, which has recently launched a “Donut Disturb” package, which includes a carb-tastic doughnut that’s almost one metre wide and weights over 100 times what your average ring shaped treat is supposed to.

At 10 pounds (4.5 kg) this giant doughnut is as bigger as a lifesaver and it promises to be hugely delicious as well. According to FoodBeast, it’s composed of layers of Tahitian vanilla cake, filled with cream and raspberry jelly and covered with a bright pink frosting topped with giant sprinkles. It basically looks like the famous doughnut from The Simpsons, but mammoth sized. 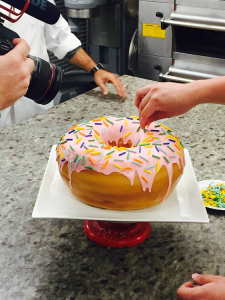 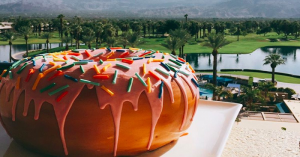 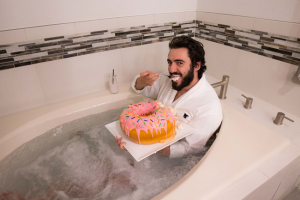 To launch the new package, the JW Marriott created a 40 pounds (18.14 kilo) doughnut and an even larger one which reportedly weighted over 100 pounds (45.35 kilo).

Those who buy the package will also get a matching Donut Disturb sign to hang on their doors while they indulge.

If you feel like having more high end, crazy doughnuts, check out the world’s most expensive, or this one made with Prosecco.